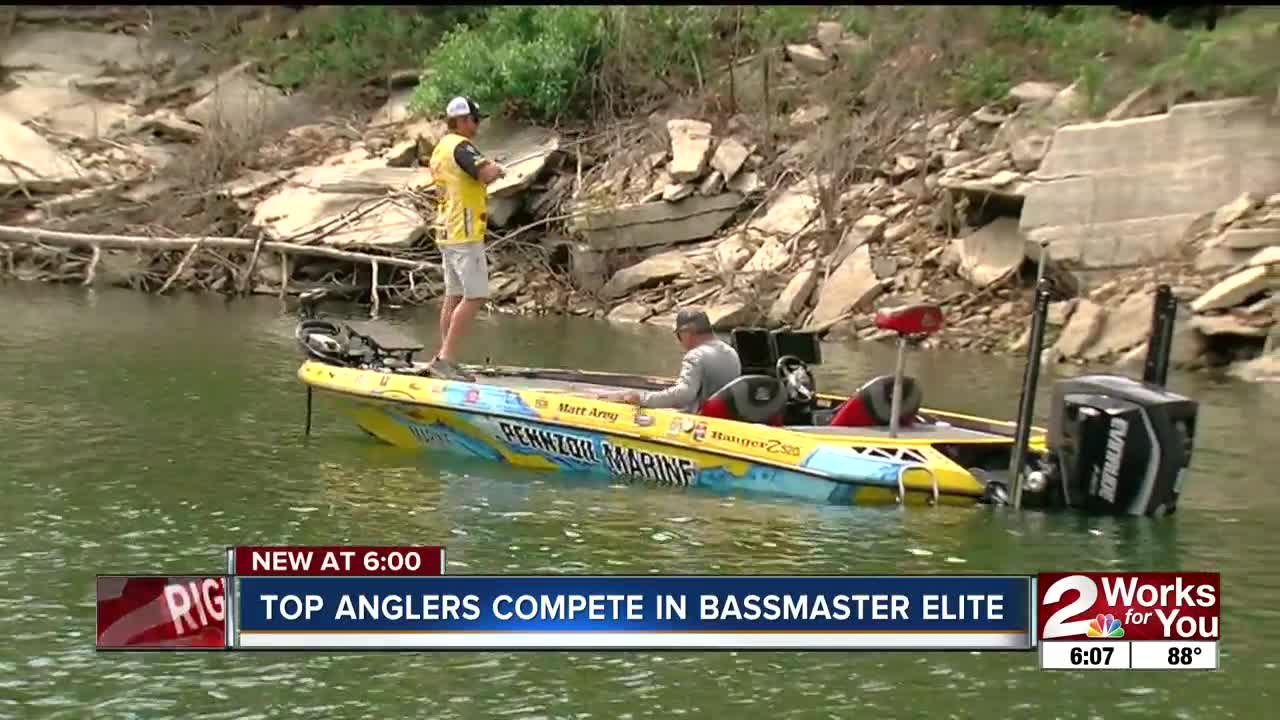 “Even these guys are struggling. It just shows you how the weather can dictate these fish. They will not bite whenever it's like this. Some guys are catching them. Just not as good as this lake can show out. This lake has big fish in it. It's just not easy, right now.”

Cranford says the heat and summer flooding combination are affecting the behavior of the fish, and making it harder on the anglers.

“It's later in the year and it's hot. When it's hot, the fish like to suspend. They don't get on any kind of cover, so they're hard to catch. We had massive rain come in. It brought the water up high enough to where you couldn't use the boat ramp. You couldn't see them; the water was so high. That's part of the reason why it's so tough. These fish are all jacked up."

The tournament was supposed to happen in May. High lake levels postponed it.

Cranford says Friday’s rain should make for a better bite

“If we've got clouds and rain coming, that should make the bite a lot better. I think some bigger fish will likely show up. I know the weights right now are not very good."