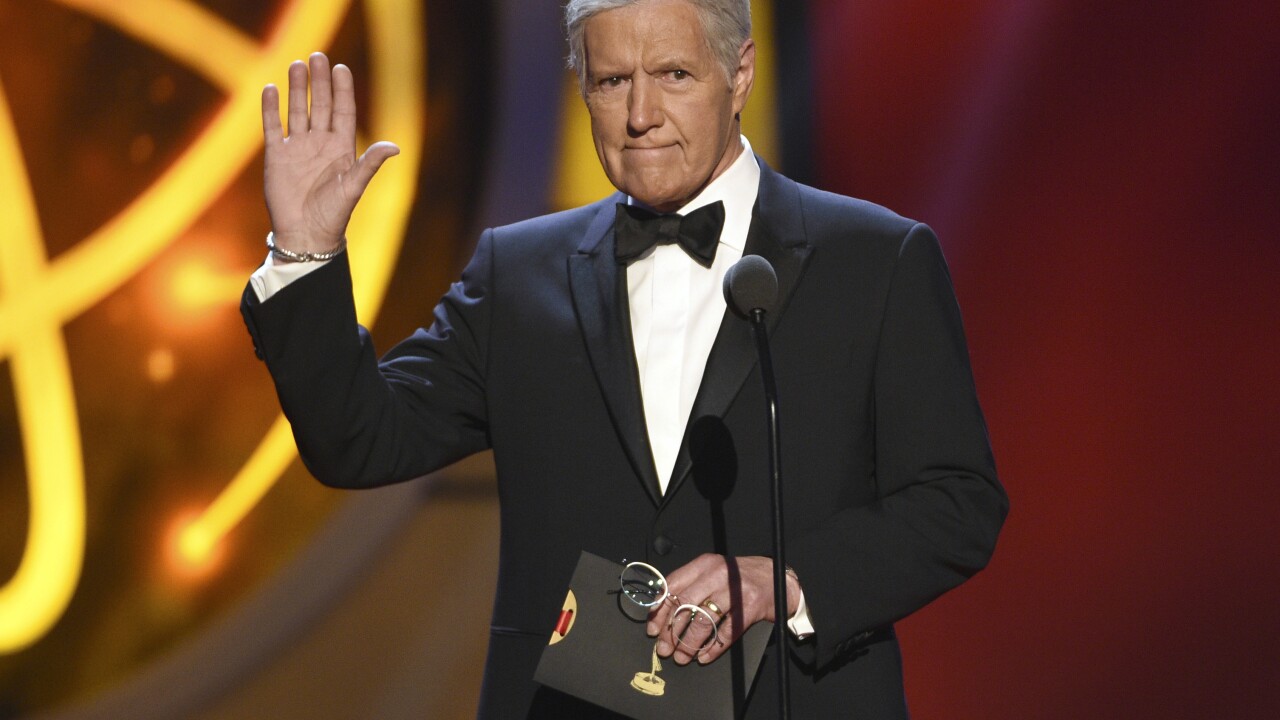 The game show shared the news of his passing Sunday morning.

"Jeopardy! is saddened to share that Alex Trebek passed away peacefully at home early this morning, surrounded by family and friends. Thank you, Alex," they wrote on social media.

In March 2019, Trebek announced he had been diagnosed with stage 4 pancreatic cancer. He immediately started treatment, but made no plans to retire. In fact, he kept hosting and taping new episodes.

New episodes in the show's 37th season started airing mid-September. At the time, Trebek said he was excited to get back to work and was feeling good.

“I believe we are the first quiz show to come back on the air in the COVID-19 era. On a personal level, I’m excited because it gets me out of the house. It gives me something to do on a regular basis, and I was missing that," Trebek said in September.

Earlier this year, one year after starting treatment, Trebek shared an update on how things were going.

Trebek said at the time his oncologist tried to cheer him up, telling him that the two-year survival rate is only 7% and he was certain that the two of them would be sitting in his office celebrating his second anniversary of survival.

“And you know something, if I, no, if we – because some many of us are involved in this same situation – if we take it just one day at a time, with a positive attitude, anything is possible,” he said. “I’ll keep you posted.”

Trebek released a memoir this summer, the day before his 80th birthday, called “The Answer Is...Reflections on My Life."