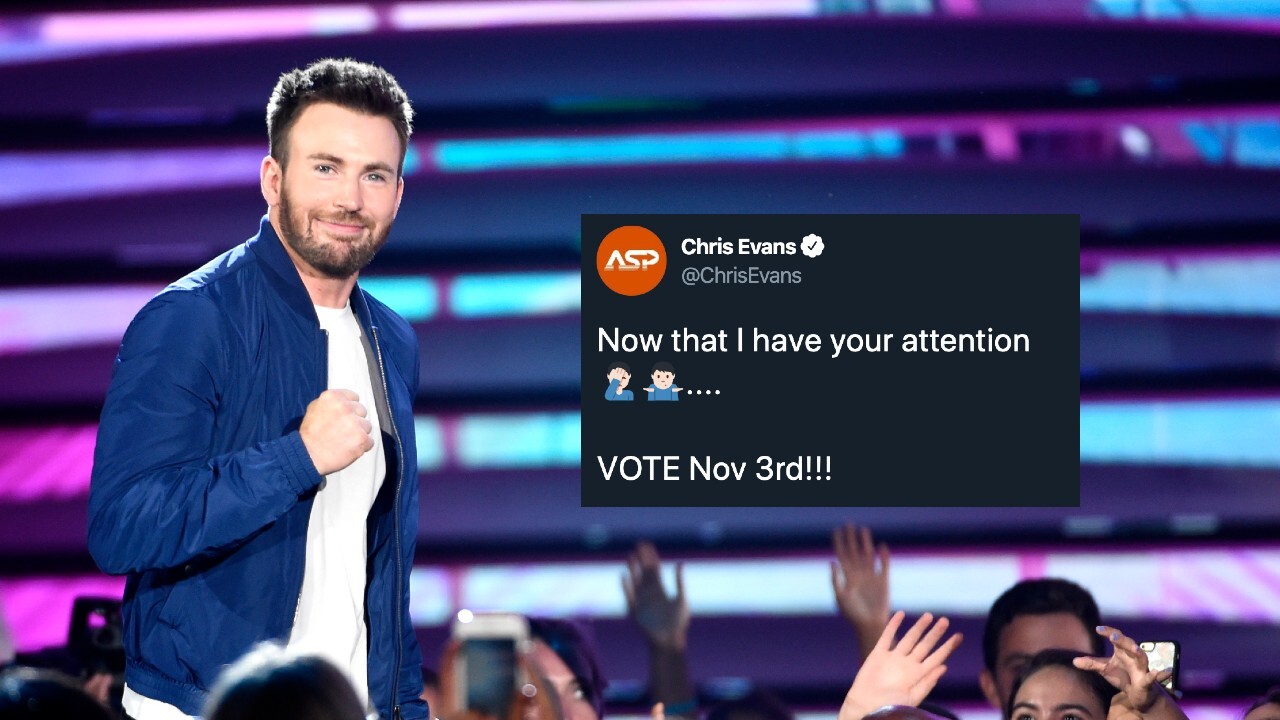 LOS ANGELES, Calif. – Chris Evans is using his recent exposure to help get out the vote.

The actor’s media attention isn’t for a film role though. No, the “Captain America” star literally exposed himself to fans on social media over the weekend.

While attempting to post a video on Instagram on Saturday, Evans accidentally posted an untrimmed clip that showed his camera roll and what appeared to be a photo of an erect penis.

Evans, who has 6.2 million followers, quickly took the video down, but not before people saved it and the clip spread across the internet, inspiring many memes and jokes.

Evans was relatively silent on the matter until Monday, when he seemed to admit to the mistake in a cheeky way.

Before that, Evans’ brother, Scott, poked fun at his sibling on Twitter.

“Was off social media for the day yesterday. So. What’d I miss?” he wrote.

Was off social media for the day yesterday.

All joking aside, the U.S. is 49 days away from its general election, as of Tuesday. Do as Evans says and click here to learn how to register to vote.