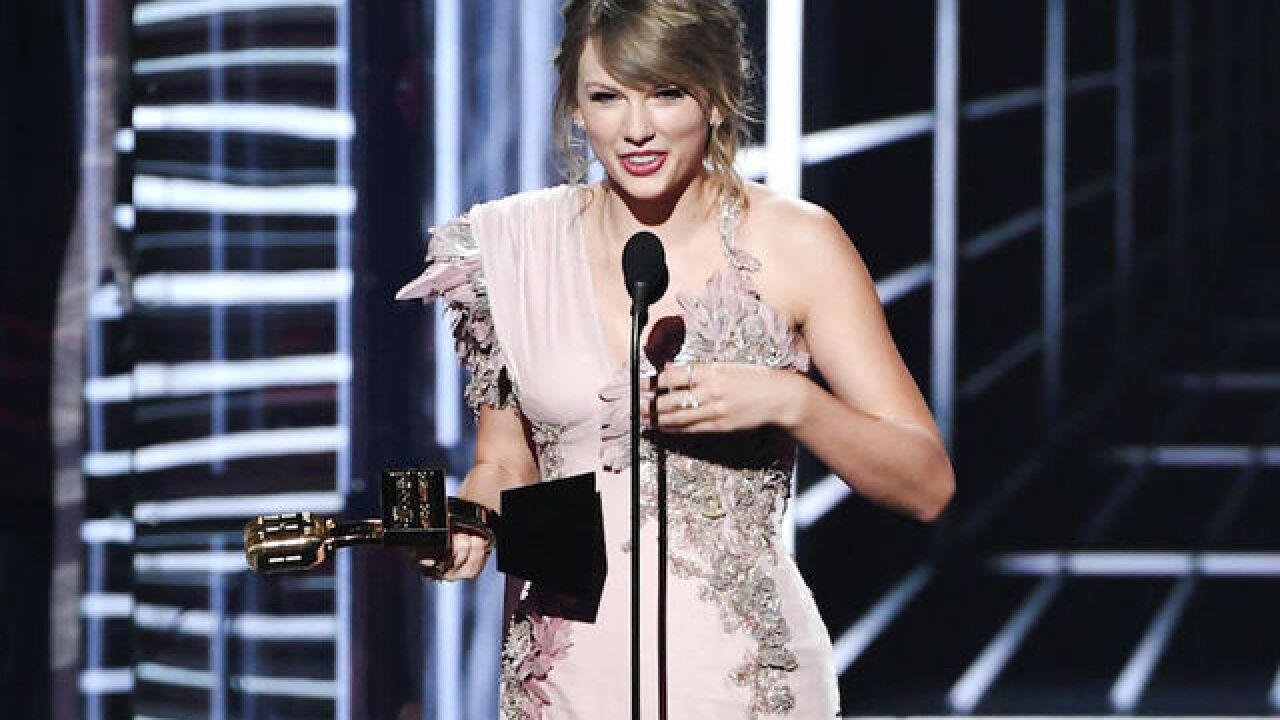 According to Vote.org, there was a significant increase in voter registration after Taylor Swift waded into politics.

Kamari Guthrie, director of communications for the nonprofit Vote.org, told Buzzfeed that numbers had spiked both nationally and in Swift's home state of Tennessee after the singer's post Sunday on Instagram.

For comparison's sake, 190,178 new voters were registered via Vote.org nationwide during September and 56,669 in August. Swift suggested people visit the website.

Swift on Sunday endorsed Tennessee Democrats Phil Bredesen and Jim Cooper. They are running for the Senate and House of Representatives, respectively.

The star said that while she had been "reluctant" to voice her political opinions in the past, "due to several events in my life and in the world in the past two years, I feel very differently about that now."

"I always have and always will cast my vote based on which candidate will protect and fight for the human rights I believe we all deserve in this country," Swift said. "I believe in the fight for LGBTQ rights, and that any form of discrimination based on sexual orientation or gender is WRONG. "

Swift, who has 112 million followers on Instagram, encouraged her fans to register to vote.

"So many intelligent, thoughtful, self-possessed people have turned 18 in the past two years and now have the right and privilege to make their vote count. But first you need to register, which is quick and easy to do," tthe singer wrote. "October 9th is the LAST DAY to register to vote in the state of TN. Go to vote.org and you can find all the info."

Guthrie said traffic to her organization increased after Swift's post, with 155,940 unique visitors coming to Vote.org in the 24 hours following, compared to the average number of daily users of 14,078.

The number of new voters in Tennessee also spiked, she said, with 2,144 signing up in the more than a day since Swift's encouragement. That number is close to the entire amount of new registrations in the state for the month of September which was 2,811.

Swift's left-leaning sentiment earned her some ire from conservative fans.

It also caught the attention of President Donald Trump, who on Monday declared that he likes Swift's music "about 25 percent less now."

It should be noted that there is often an influx of people registering to vote just ahead of deadlines.