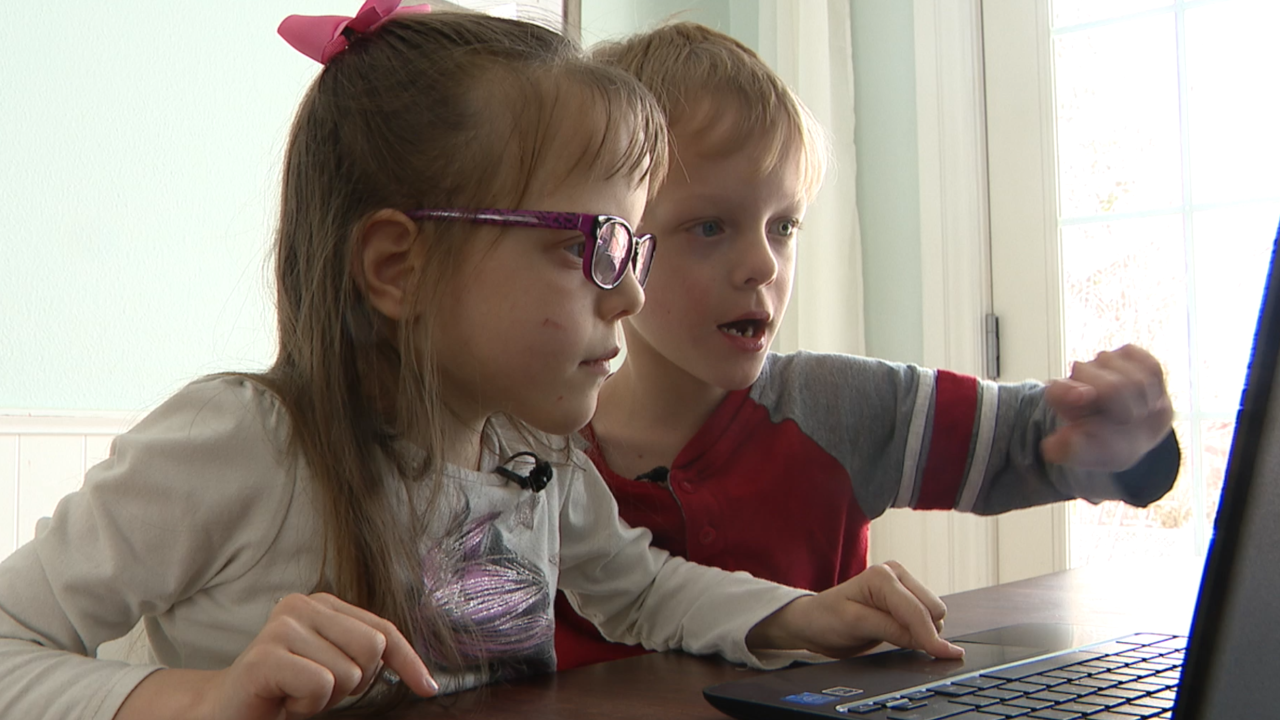 Every day for the past several months, twins Hyrum and Ari Mortenson spent time preparing for kindergarten through an online program.

The children’s mother, Lauren Mortenson, signed her twins in the online program Upstart, rather than enrolling them in a tradition pre-kindergarten program.

“It engaged them in a different way than just sitting placidly and watching a screen offers,” she says of the online classes.

Mortenson started looking for other pre-k options because their frequent doctor and therapy appointments made going to a traditional pre-k a challenge. So, she decided to try Upstart, an online kindergarten-prep program that students can take for free.

The mother says her twins took 15-minute lessons, five days a week, receiving the individual attention she believed would be hard to get at a traditional pre-k.

“One twin moved along through the program a little bit faster than our other twin did, but it kept reinforcing for the other twin the things that she needed reinforced, while the other one still wasn't being held back,” Mortenson says of the program.

In 2015, Utah made Upstart the first state-funded online kindergarten readiness program. Roughly 30 percent of Utah’s 4-year-old’s use it, and it's since expanded pilot programs to more than a dozen other states.

A study ordered by the Utah Board of Education found Upstart can be more effective in literacy than public or private school, and just as effective in meeting students social and emotional needs.

But recently, more than 100 early childhood experts and organizations signed a statement, calling for an end to public funding for online preschools.

“The tragedy of that is in the long-run,” Steve Barnett, co-director with the National Institution for Early Education Research says. “It's not cheaper. It's penny wise and pound foolish. We're paying a fortune for failure.”

Barnett says children miss out not being in a classroom.

“They won't develop a rich vocabulary; they won't learn how to regulate their own emotions to empathize and interact positively with others,” he says.

It’s an ongoing debate on the future of early education.