Amid student debt crisis, many colleges are making big cuts to tuition 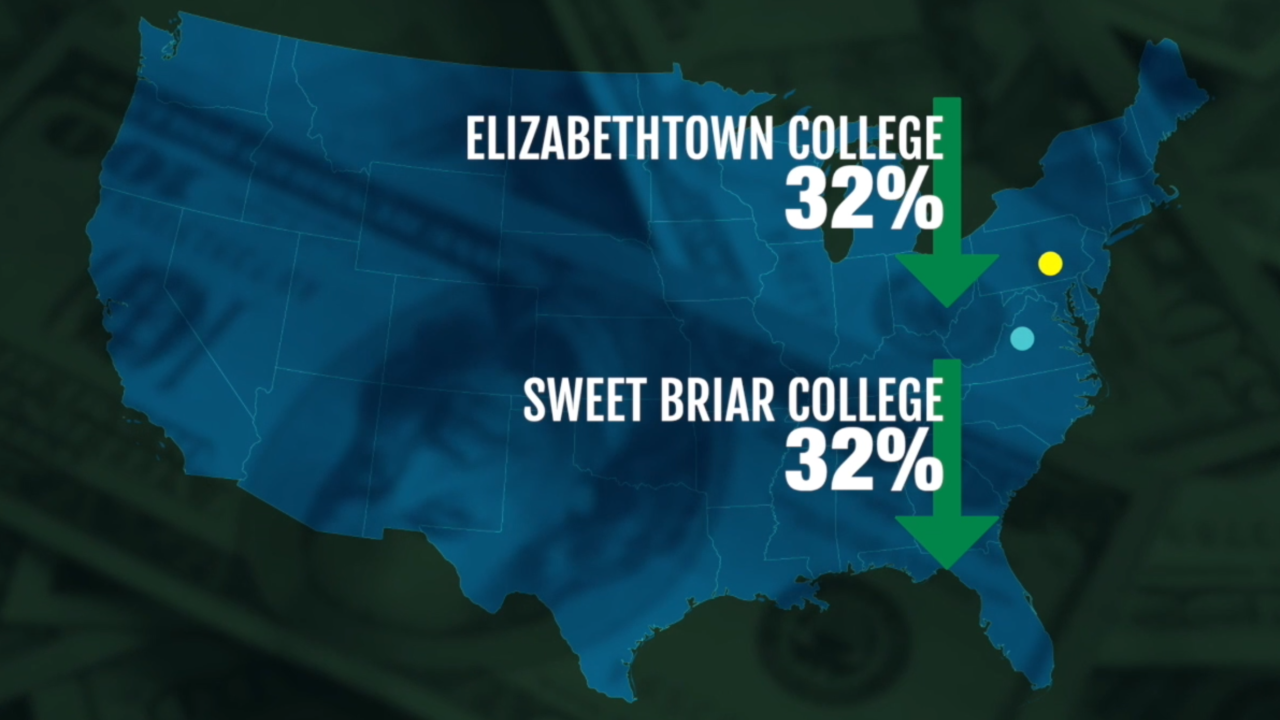 Every Wednesday, in the area known as the Pendulum Pit, students sing in Latin. The school even has a campus dog.

"It is definitely unique,” describes student Mary Turner. “It is unlike any college I’ve ever known."

Turner is a junior at St. John’s College.

“What we do is we study the great books of the western world,” Turner says. “All of our classes are conversation based, so we don't have any lectures.”

When Turner was choosing a college, like most, she was concerned about the cost.

Right now, she pays more than $50,000 per year to attend St. John’s. But the price for new students is changing dramatically.

Kanelos says it took some planning, but they made it happen!

"What we decided to do was sort of flip our financial model upside down,” he explains.

Kanelos says instead of relying on student tuition to all cover expenses, the college called on its alumni to donate to an endowment to help offset the price.

“We launched this campaign last September, and we're almost $200 million of the way toward a $300 million goal,” Kanelos says.

The response was worth it, and now, this idea of cutting tuition costs is growing.

Sweet Briar College in Virginia cut tuition cost by 32 percent this year. Elizabethtown College in Pennsylvania did the same. Additionally, 23 private colleges across the country are following suit.

It’s a tuition trend many are hoping will continue.

"I think it's wonderful,” says Turner. “I think school is something everyone should be able to do. I think that money shouldn't be something that holds people back."

"If we value what we do, it’s up to us to if find a way to make it work,” says Kanelos.