Trump's name rises above all the noise 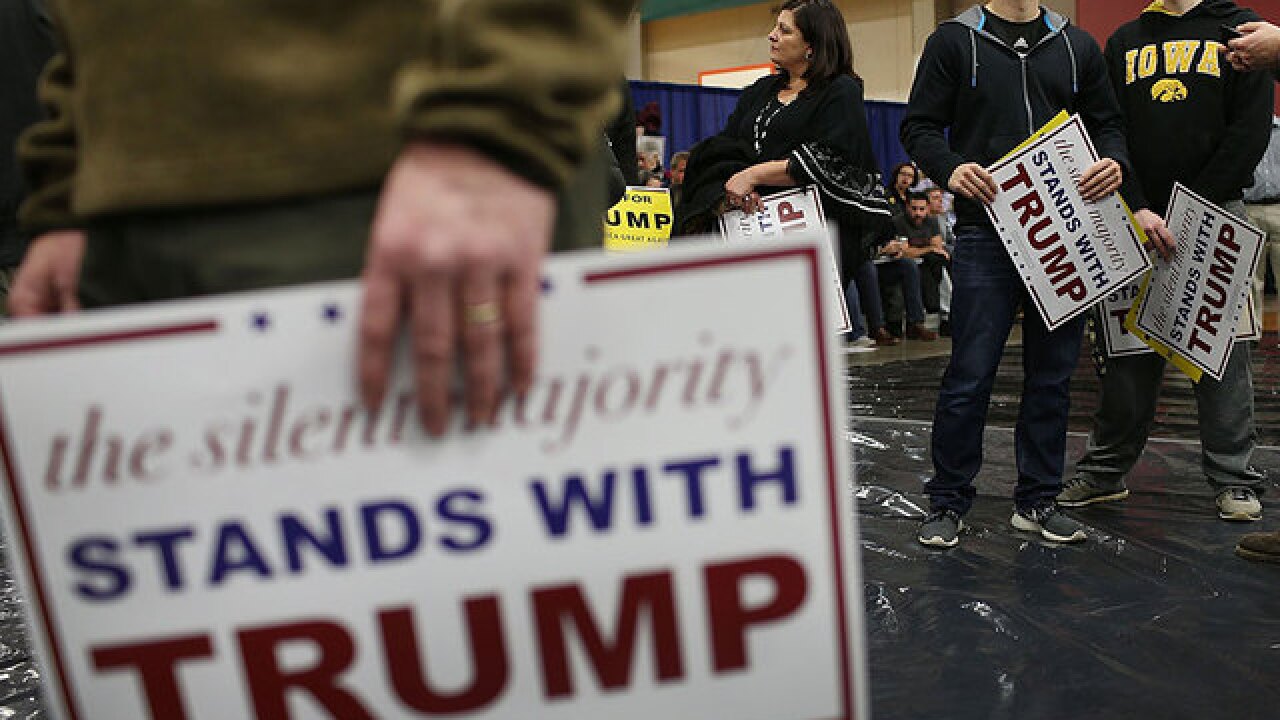 There’s a surge of fracking (or maybe fragging) across Republican territories as the Iowa caucuses near and levels of new toxic gas are soaring.

The fissures and fusions are changing moment by hysterical moment but none of it seems to be affecting the king of populist gas, Donald Trump. Here’s a snapshot of the map, pre-Iowa:

Conservative Intelligentsia vs. Trump: Ground Zero in this collision of tectonic plates was a special edition of the National Review devoted to the conservative case “Against Trump.” It’s fabulous reading, though Rod Dreher of The American Conservative reminds that the last time the National Review issued such a formal fatwah was in 2002 against “unpatriotic” opponents of a potential war on Iraq.

The essence of this schism is doctrinal – Trump is not a true conservative and has no conservative philosophic mooring. Ted Cruz does and he is the better choice, despite being the most despised character in the history of the U.S. Senate.

Conservative Mass Media vs. Trump: The arguments are the same as the eggheads’ but the decibel level and vocabulary are more Trump-appropriate. Glenn Beck traveled to Iowa this week to lead the jihad; Trump defused the Beck Bomb by saying he is a “weird dude” who is “always crying.” Loads of right wing radio hosts and bloggers are on Beck’s side, but so far their listeners aren’t obedient. The task may be complicated because Mothership Fox has no clear Trump doctrine.

Republican Establishment Intelligentsia vs. The Trump-Cruz Axle of Evil: This crusade is being led by columnists Michael Gerson and David Brooks. A cadre formerly known as the Republican Establishment probably shares their reasoning and incredulity but there hasn’t been a critical mass of actual politicians going public or floating trial balloons for schemes and cabals. At this point, they need schemes and cabals. In the past few days we’ve begun to discern semi-audible mumbling about how all the candidates not named Trump and Cruz should quit after New Hampshire except for a chosen – whoever that may be. This is the same gang, along with the press corps, that’s hoping for a brokered convention.

Republican Elite vs. Cruz minus Trump: There’s been a spate of news stories about Republican lobbyists and professionals who whisper that they think Cruz is el Diablo but Trump is someone they can do business with. Bob Dole, sadly, is their new mascot. Dole recently said Cruz would walk the GOP into “cataclysmic” losses while Trump will “probably work with Congress, because he’s, you know, he’s got the right personality and he’s kind of a deal-maker.” This has further infuriated archconservative purists and polemicists more convinced than ever that the Republican Ruling Class is corrupt.

Centrist Michael Bloomberg vs. the Wings: Bloomberg’s political subsidiary has floated the idea of a 2016 Presidential IPO, pending the nominations of Bernie Sanders and either Trump or Cruz. If Hillary Clinton gets the nod, presumably Bloomberg won’t run. This may be another signal of societal panic at the idea of Trump or Cruz in power, but it doesn’t appear to have any immediate relevance to Iowa and New Hampshire.

In fact, none of these dislocated fractures has had a clear negative effect on Trump’s poll performance and, as Trump notes several times in every speech, he performs very well in the polls – very well.

The trumpeting of all this sound and fury is epic, but so far, it is signifying nothing but Trump.

To listen to DecodeDC podcasts and read other blog posts about politics, politicians and policy, go to DecodeDC.com. And don't miss a new spin-off podcast titled, TrailMix 2016.