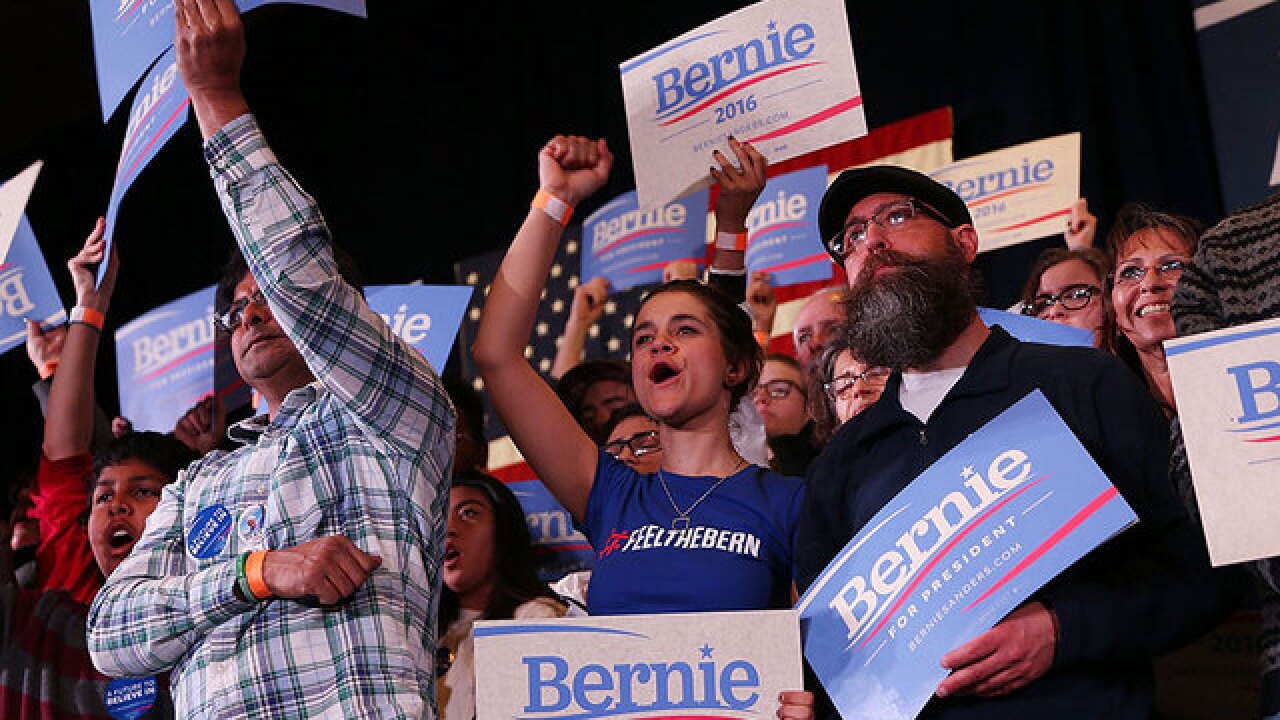 While tactics like this helped Sanders bring out young voters in large numbers in the first two presidential contests in the 2016 cycle, Nevada is proving to be different.

“Nevada’s young people are really different and interesting from Iowa and New Hampshire,” said Kei Kawashima-Ginsberg, director at Tuft’s Center for Information and Research on Civic Learning & Engagement. “Because of Las Vegas, there are a huge number of people who work in the leisure industry — 21 percent in Nevada — and that’s more than the number going to college in Nevada right now.”

For pollsters and reporters, Nevada is a challenge. Its population is mostly concentrated in small areas, with vast stretches of the state unpopulated. It’s got a fairly large distribution of minorities — about 60 percent of eligible youth voters in the state identify as not white. And polling leading up to Saturday’s caucuses has been sparse.

But one of the biggest differences in the “First of the West” primary state is that young voters between the ages of 18 and 29 are not organized around college campuses and universities. Instead, only 50 percent of the state holds a college degree, and most of the youth identifies as part of the work force.

For Sanders, who traditionally has appealed to students and walked away with 84 percent of youth voters in  Iowa  and 83 percent in  New Hampshire , gaining youth support here Saturday could be tough.

“College is both a great place because young people congregate there, but it’s also a great place for political learning. You talk about politics with your friends, and professors talk to you and it becomes an expectation that you will vote,” Kawashima-Ginsberg said. “In a working-class group it’s less likely that you will discuss that — it becomes less of a daily life conversation for working-life youth.”

What could be key to winning the youth vote, experts say, is appealing to the younger population the same way a candidate would appeal to a person in the working class.

“Where they reach out and what they emphasize from their campaign platforms are important. Minimum wage issues and affordable health care and things about making their living better are going to be much more relevant,” Kawashima-Ginsberg said. “They are young and they are working at the bottom of the pay scale so they are working at or just above minimum wage.”

Nevada’s turnout for the primaries and the general is notoriously low— one of the lowest in the nation — and for youth voters it’s even lower. In 2012, only 1 percent of eligible youth went to the polls.

But experts in Nevada say Sander’s influence in the race may help to change that for Democrats.

“The most recent polling data we’ve seen on the Democratic side ranked economic issues at the top, and both campaigns are talking about these issues, and those are really centric in Sanders’ campaign,” said John Tuman, chair of the department of political science at UNLV. “We have very high rates of unemployment after the recession, specifically for Latinos and African Americans that was higher here than in other states.”

This is where Sanders might have an edge over Hillary Clinton, he says. Although the candidate is widely considered to have a weakness when it comes to appealing to minority voters—one third of Nevada is Latino—Sanders’ policies have a stronger economic focus than Clinton’s, which is appealing to young workers.

“I think when Sanders emphasizes inequality and a lack of fairness in the economy, when he talks about the labor market and unemployment and economic insecurity, that resonates with voters in particular on the Dem side and that’s probably making a difference on Latinos here,” Tuman said. “Anecdotally a lot of young people are concerned about being able to get a job after finishing college, and the cost and inaccessibility of going to college — and I think for some of them, Sanders’ fairly bold proposals of free education resonates with them.”

Nevertheless, whomever the favored candidate ends up being among young voters in the Silver State, it won’t make much of an impact if turnout doesn’t increase.

“We don’t know whether candidates have this overwhelming support on either side—it’s more dependent on how many of the youth come out,” Kawashima-Ginsberg said,. “And if they don’t show up in large numbers, they will have little impact either way.”