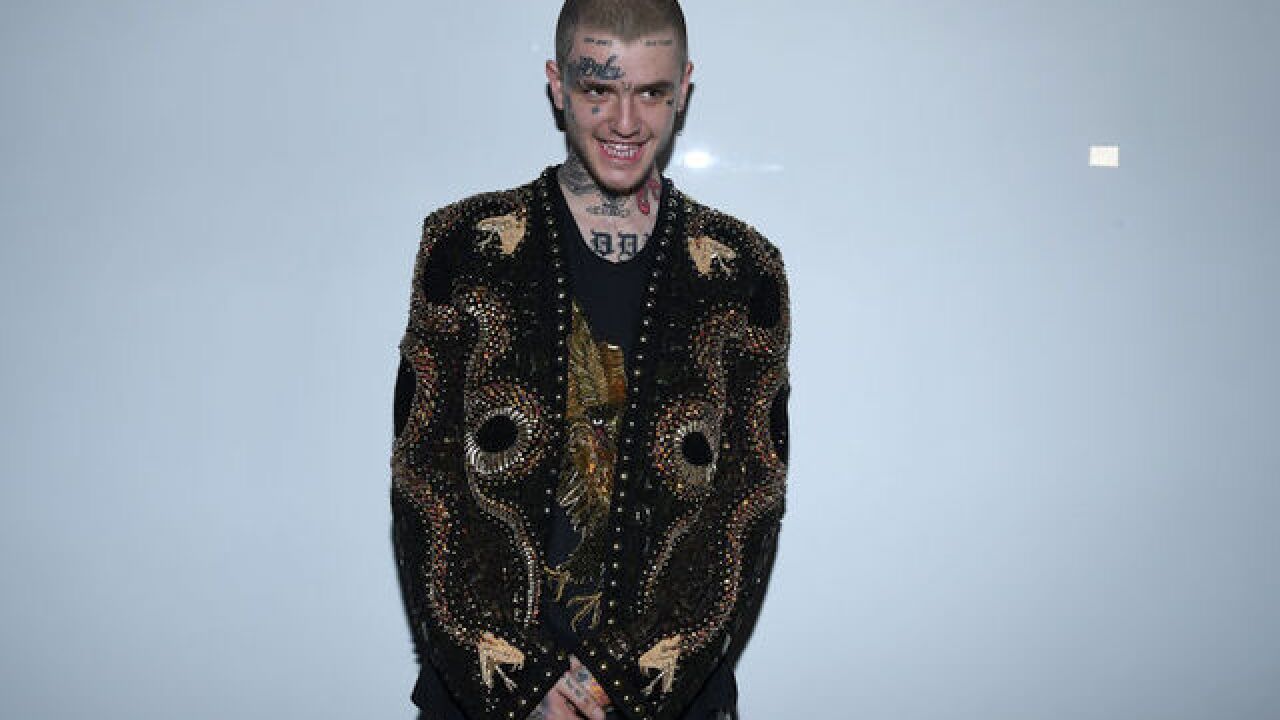 The rapper, who was a rising star in the hip-hop and emo world, died overnight at the age of 21 ahead of a scheduled show in Tucson, Arizona on Wednesday after he was found unresponsive in his tour bus.

"After speaking with people on scene and going into the tour bus (police) said that there was evidence of a possible drug overdose, most likely from Xanax," Sgt. Pete Dugan, a spokesman for the Tucson Police Department, told CNN in a phone interview Thursday.

"Obviously, we're not medical examiners, so there were will an autopsy to determine the exact cause of death," Dugan said, but added that there was "no sign of any kind of foul play" and police are "treating it a suspicious death case, most likely from an overdose."

According to the Centers for Disease Control and Prevention, more than two million Americans have become dependent on or abused prescription pain pills and street drugs. And during 2015, there were 52,404 overdose deaths in the United States, including 33,091 (63.1%) that involved an opioid.

Drugs were an integral part of Lil Peep's music and speak to the glorification of opioid use in pop culture, including rock and hip-hop music. This has sparked a debate among fans who loved Lil Peep and those who were not familiar with the upcoming rapper, but were touched by his story.

"Lil Peep died of a drug over dose. Even if you don't know who he is this brings up a HUGE issue that we NEED to discuss," Scru Face Jean, a Nebraska-based rapper, tweeted. Hip hops has drug abuse problem! Too often do we promote things that will literally kill us and say nothing when something like this happens. WAKE up ppl."

One of the most widely glorified opioids in hip-hop is lean, which is a mix of codeine syrup — a prescription opiate, promethazine and Sprite. It is referenced in a multitude of rap songs and is often referred to as "syrup" or "purple drank."

The young artist, whose full name was Gustav Åhr, grew up in Long Beach, New York, and has chronicled his struggles with depression and opioid addiction in his music over the years.

"Runnin' away from you takes time and pain and I don't even want to/ So I'm gettin' high all week without you/ Poppin' pills thinkin' about you," he sings in the 2017 song "U Said."

In the final hours before his death Lil Peep posted several Instagram posts that his fans found haunting, including videos of him popping pills.

"I just wana be everybody's everything I want too much from people but then I don't want anything from them at the same time u feel me I don't let people help me but I need help but not when I have my pills but that's temporary one day maybe I won't die young and I'll be happy?" he wrote early Wednesday in an Instagram post. "What is happy I always have happiness for like 10 seconds and then it's gone. I'm getting so tired of this."

He followed up this post with several others, including a video of him popping a pill and one post that reads, "When I die You'll love me," which received thousands of emotional responses from his fans early this morning.

"You were helping me with my depression. Your music touched and helped each one of your fans," a fan posted in response to one of Peep's posts on Instagram. "I wanna say thank you for everything and that you beamer boy will always been in the hearts of all us fans. R.I.P."

In a short video shared ahead of his final show the rapper posted that he took some Xanax pills — a benzodiazepine often used to treat depression and anxiety. He he also posted about taking the opioid drug Percocet, which combines the painkillers Oxycodone and Acetaminophen.

"I hope Lil Peep's death makes people out age re-evaluate the 'xans and depression are cool' culture that has been growing recently. Sad story," a Twitter user tweeted.

"I've never heard any of Lil Peep's music but these dudes losing themselves to drugs is depressing I'll be happy when the culture stops glorifying drug addictions," another tweeted.

"Instead of shaming Peep and being disrespectful be commenting s--- like "he deserved it" or "thats what happens to drug addicts" maybe try to understand that he was dealing with some mental illness/issues," a fan posted on Instagram.

What the government is doing

President Trump vowed to tackle the opioid epidemic while on the campaign trail and when he took office he convened a White House commission to study the problem in March.

This designation expands access to telemedicine in rural areas, instructs agencies to curb bureaucratic delays for dispensing grant money and shifts some federal grants towards combating the crisis.

"The best way to prevent drug addiction and overdose is to prevent people from abusing drugs in the first place," Trump said during an August briefing on the opioid crisis. "If they don't start, they won't have a problem. If they do start, it's awfully tough to get off."

Had Trump used the Stafford Disaster Relief and Emergency Assistance Act in making this designation, the federal government would have been able to tap into funds from the Federal Emergency Management Agency, but a White House official said that FEMA is for natural disasters.

While announcing this move, Trump touted his plans to build a wall along the US-Mexico border, declaring that the wall will stop the illegal flow of drugs coming into the country.

"An astonishing 90% of the heroin in America comes from south of the border -- where we will be building a wall -- which will greatly help in this problem," he said.

While people who become addicted to pain pills might switch to heroin because it is less expensive than prescription drugs, the opioid epidemic is rooted in the abuse of painkillers — some of which are prescribed and some that are obtained illegally.

"Federal drug prosecutions have gone down in recent years. We're going to be bringing them up and bringing them up rapidly," Trump said in August, adding that his administration is "working with law enforcement officers to protect innocent citizens from drug dealers that poison our communities."

The Trump administration declared a week in September, as Prescription Opioid and Heroin Epidemic Awareness Week to bring "renewed attention to the scourge that continues to devastate individuals, families, and communities across our Nation."