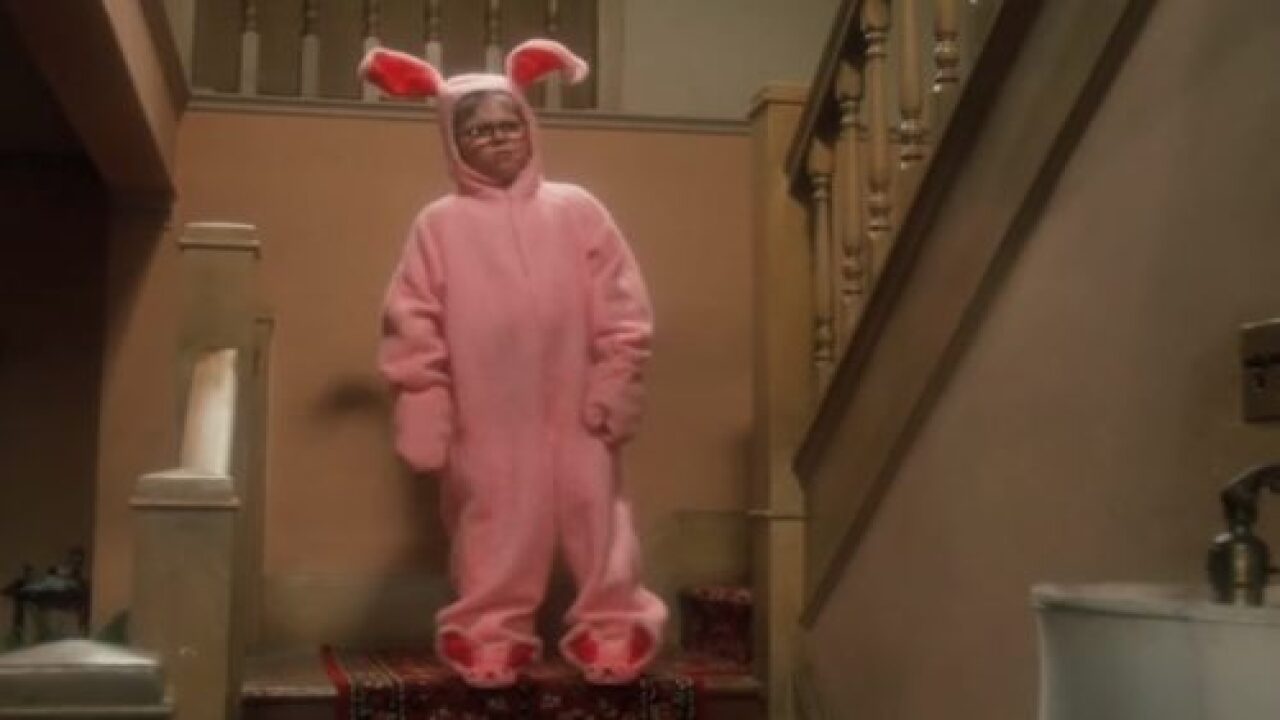 If you’re like me, Christmas just isn’t Christmas unless you watch “ A Christmas Story ” on repeat. The 1983 film about a boy named Ralphie and his wish for a Red Ryder BB gun is simply a classic, and the holidays just aren’t the same without it.

If it’s a must-watch movie for you, too, you’ll want to know that Build-A-Bear has added a brand new Furry Friend to their line-up inspired by Ralphie himself. The one-of-a-kind “A Christmas Story” bear gift bundle is $50.50 and comes pre-stuffed or un-stuffed so you can stuff it in-store.

It includes a brown bear with a fun Ralphie print on the paw pads and the “A Christmas Story” logo stitched on the chest. But that’s not all: The bear also comes with a pair of glasses, just like the frames Ralphie crushes while shooting his new BB gun for the first time, and, of course, the beloved (or hated?) pink bunny costume!

Ralphie’s dad famously says he looks like “a pink nightmare” wearing the bunny suit in the movie, but we think this bear is just adorable. Here’s a refresher from TBS, which runs the “Christmas Story” marathon every year, in case you’ve forgotten the moment:

If you love “A Christmas Story” but your true favorite is National Lampoon’s “Christmas Vacation,”  well, there’s a bear for that, too ! The gift bundle is also $50.50 and includes a brown teddy bear with festive green paw pads with the “National Lampoon’s Christmas Vacation” logo stitched on the chest. It also includes slippers, a robe and winter hat inspired by Uncle Eddie, so your bear can have a fun-filled, old fashioned family Christmas just like the Griswolds!

These Christmas-themed bears are not the first holiday furry friends from Build-A-Bear. Last year, they released a bear in honor of everyone’s favorite green curmudgeon, The Grinch.

The  Build-A-Bear Grinch costs $25.50 and can come pre-stuffed, or your children can stuff it themselves at their local Build-A-Bear. If you’d like to accessorize your Grinch, you can also purchase a Santa suit for $16 , or if you’d rather just give a regular Build-A-Bear a pair of Grinch feet , you can do that for $7.

Build-A-Bear also has a line of characters from other seasonally appropriate films, including “ Frozen 2 “, “ The Polar Express ” and Disney’s “ The Nutcracker and the Four Realms .” There’s also a collection called “ Merry Mission ” that features winter animals, like reindeer, moose and bunnies, all with fun names like Twinkle, Candy Cane and Merry Mint.