Budweiser Has A New Nitro Beer 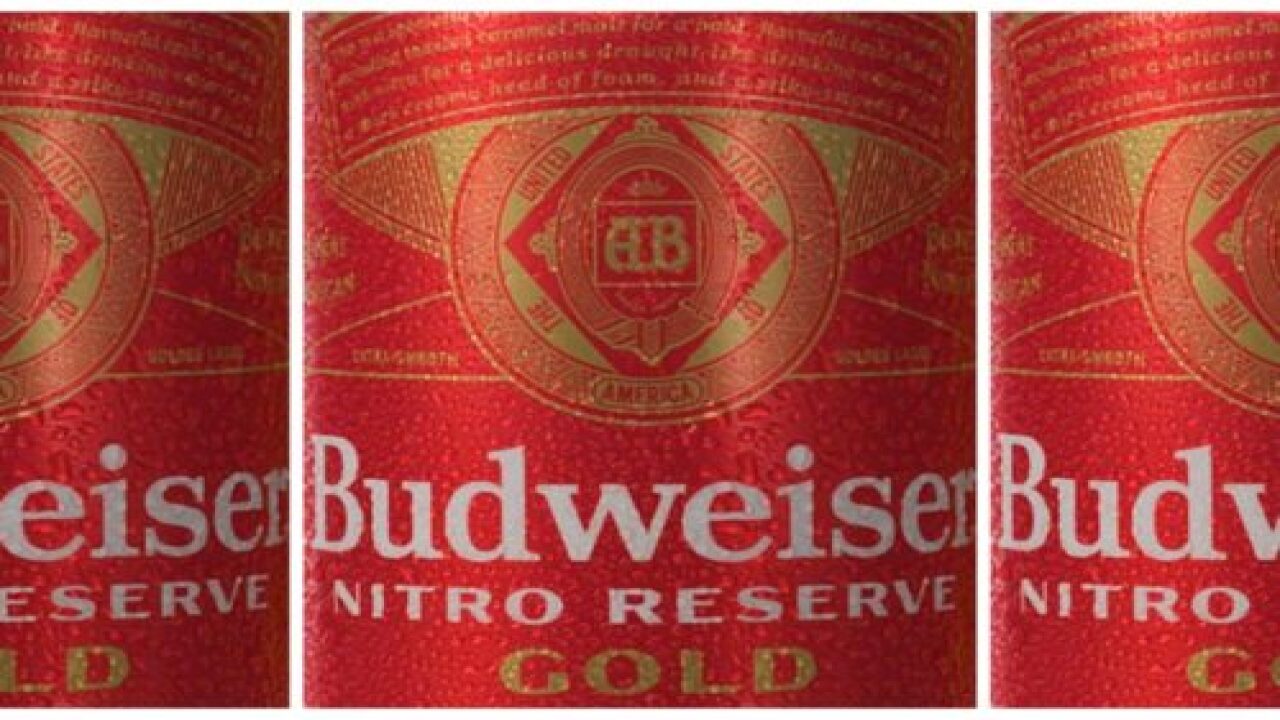 Fresh off the release of Budweiser Reserve Black Lager made with Jim Beam Bourbon last September, Budweiser is at it again, this time dropping its first-ever golden lager infused with nitrogen gas. With notes of toasted caramel malt, Budweiser Nitro Gold has 5.0% alcohol by volume and a silky-smooth finish thanks to smaller and denser bubbles when compared to non-nitrogenized beer.

Unlike other beers, Budweiser actually recommends shaking their Nitro Gold — three times, to be exact. This helps spread the nitrogen gas bubbles throughout the beer. Then, you pour it straight down the middle of a glass.

Budweiser Nitro Gold is available in stores nationwide now and will be on shelves year-round.

So what makes Budweiser Nitro Gold and all the other nitro beers out there different from your standard beer?

According to craftbeer.com, saying a beer is “nitro” is a reference to the type of gas used in the carbonation process, with a typical nitrogenized beer containing about 70% nitrogen and 30% carbon dioxide. From personal experience, nitro beers are smoother and easier to drink — even for those who don’t typically like beer, like me.

Nitrogen is also insoluble (or incapable of being dissolved) in liquid, which — combined with a special piece of tap equipment known as a restrictor plate — contributes to the “thick” mouthfeel when drinking a nitrogen beer. The process of using the restrictor plate to force the beer through tiny holes before it lands in the glass causes the “rising” effect you see from the bubbles.

Budweiser’s nitro beer is not the only one on the market, with multiple breweries having their own versions you can find in stores.

Breckenridge Brewery has multiple Nitro beers, including an Irish Stout perfect for St. Patrick’s Day, a chocolate orange stout and a Nitro Raspberry Vanilla porter that’s made with real vanilla beans from Madagascar. Breckenridge Brewery says the nitrogen charge in the Raspberry Vanilla porter creates a soft pillowy head that “smooths every sip.”

You’ll also find a Milk Stout nitro beer you can buy at Target from Left Hand Brewing Company and Guinness makes a nitro IPA that they say has a balanced blend of hops and roasted barley with citrus accents.

Have you tried nitro beer? How does it compare to the other beers you drink?