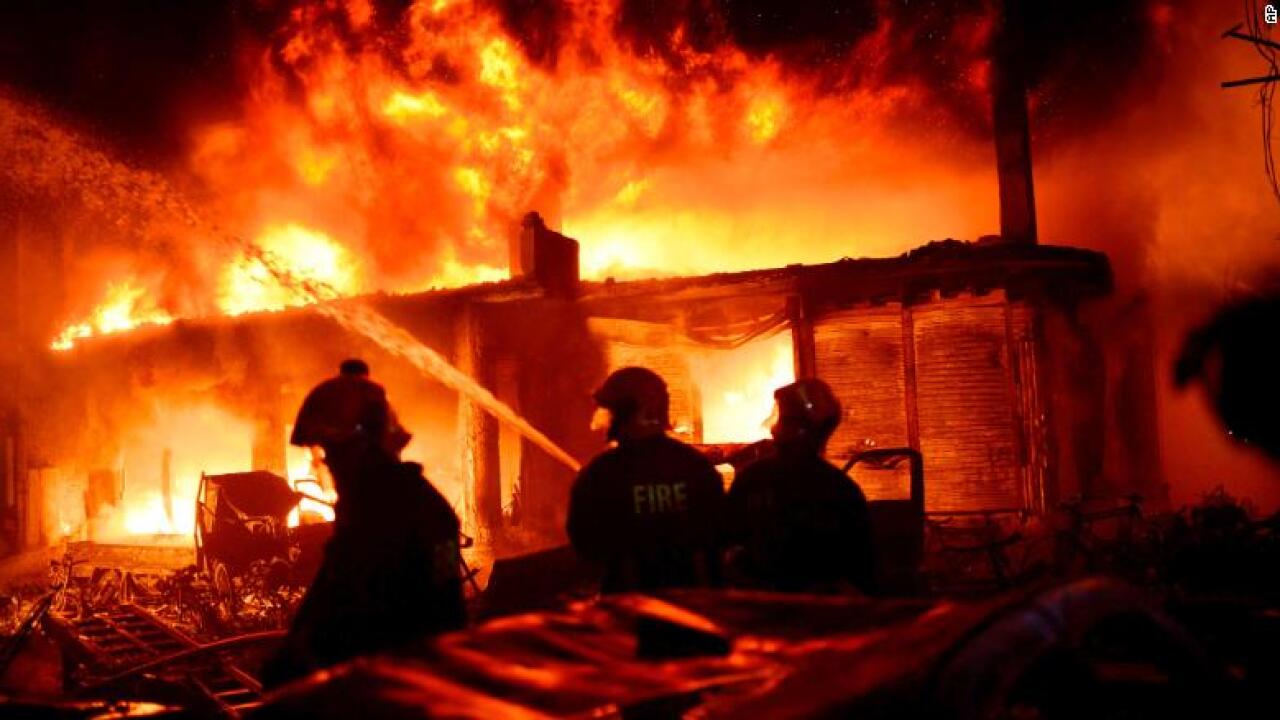 At least 70 people have been killed and 40 injured after a fire tore through apartment buildings and chemical warehouses in a historic part of the Bangladesh capital Dhaka, the latest such deadly blaze in the south Asian nation.

The blaze broke out Wednesday at 10:30 p.m. local time in Dhaka's Chawkbazar area, a district in old Dhaka with sprawling narrow streets and densely-packed buildings.

Throughout the night, firefighters battled the blaze, which is believed to have started when a fuel cylinder stored in a car exploded.

The fire then quickly spread across the area, engulfing a restaurant and five buildings, Ibrahim Khan, deputy commissioner of Dhaka Police told CNN. Two of the buildings were so badly damaged that police said there are concerns they could collapse.

Among the dead were customers of the restaurant who became caught in the fire, said Khan.

Inspector Morad Dul Islam from Chawkbazaar police station said that they do not yet have an estimate on the number of people injured but they are transferring them to nearby hospitals.

One of the structures served as a warehouse for a perfume company. Plastics and chemicals that were being stored to manufacture the perfume ignited in the blaze that rapidly tore through the area.

Khan said the fire is now under control.

"In the morning we were able to control the fire. The fire is now over," he said.

Authorities began the process of identifying victims Thursday, as relatives waited at the Dhaka College Hospital for news of their loved ones.

"When we are able to search the whole building then we will know the exact numbers of victims," said Lieutenant Colonel Zulfikar, fire brigade director.

Built over 400 years ago, Chawkbazar is a commercial and industrial hub in the old city of Dhaka that's known for its food. Over the past few decades its population has mushroomed with houses and apartments built on top of warehouses and factories over narrow, winding streets.

A tragic history of fires

Bangladesh has a history of fatal building fires, especially in factories where safety and structural standards have long been found to be inadequate.

Thirteen people were found guilty of gross negligence of safety measures and charged with "culpable homicide" after a November 2012 apparel factory fire on Dhaka's outskirts that killed at least 117 people and spurred others to jump from the building to escape the flames.

In 2015, 13 died in a fire inside a plastic factory near the in the capital Dhaka. Two years earlier, eight people were killed in a fire at a clothing factory in May. That October at least seven people died in another large fire that broke out at a knitwear factory.

That disaster spurred widespread criticism about the state of workers rights and safety in Bangladesh.