WEATHER BLOG: It's the coldest start to April in Tulsa in the last 30 years

If you think this April has started off much colder than average in Tulsa...you would be exactly right! For the first ten days of the month, the 30-year average high is 69 degrees and the 30-year average low is 46.1 degrees. This month, however, has been much colder than those averages! In fact, the first ten days of April 2018 have been the coldest in the last 30 years!

Here is a look at the top 5 coldest average lows and highs from April 1st through April 10th over the past 30 years: 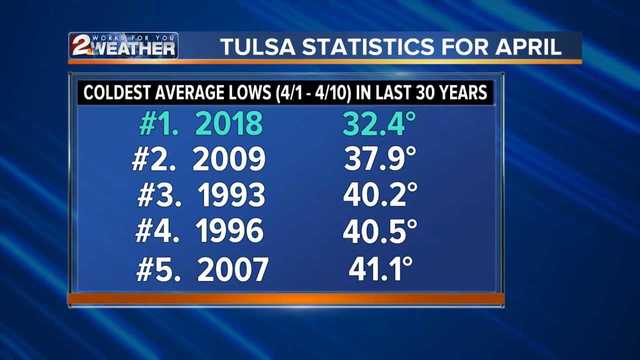 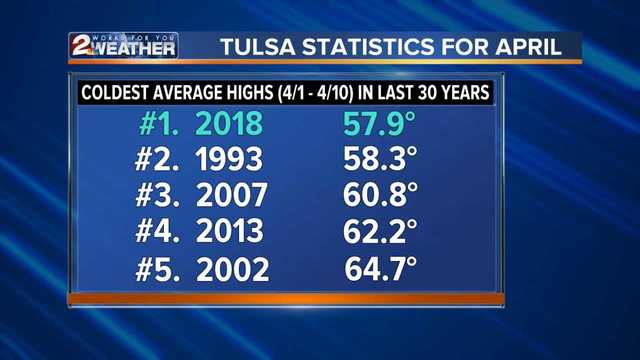