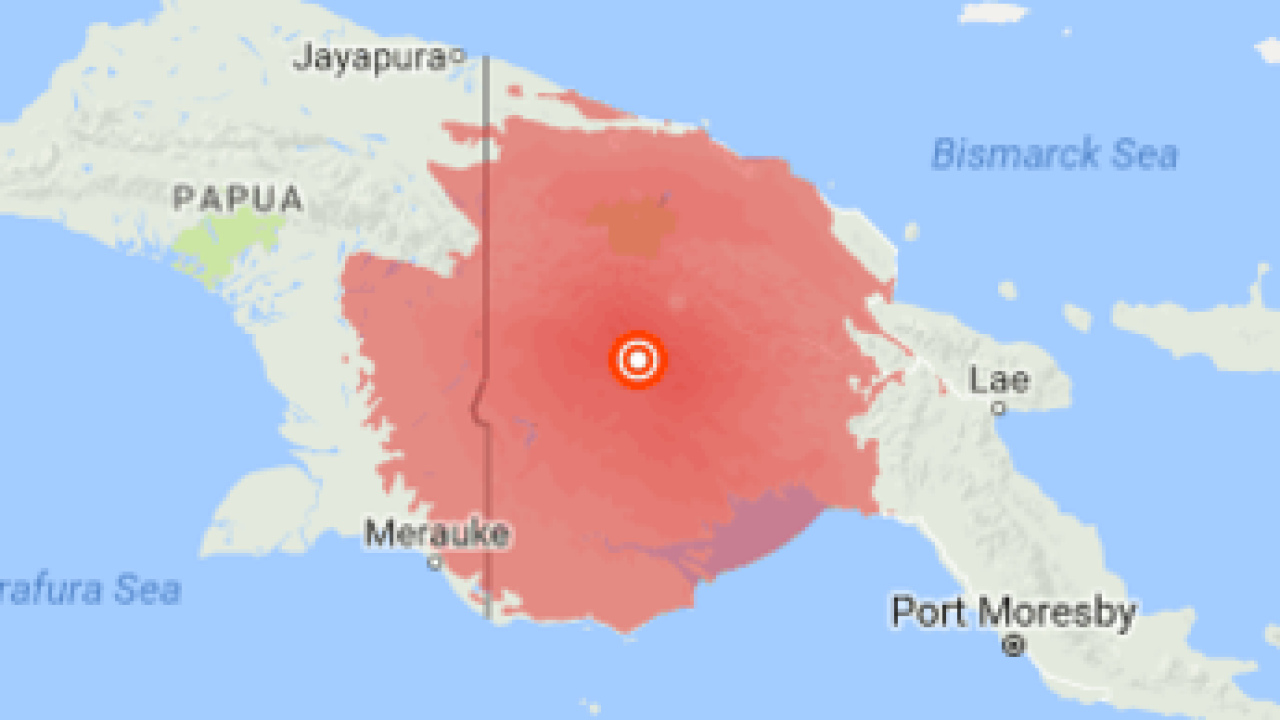 There were no immediate injuries, but forest villages and a gold mine were struck during this quake.

It was reported as a resistively shallow quake. It was only 22 miles deep, which means it was more strongly felt due to how shallow it was.

More details on damage are expected to come out later today. Papua New Guinea is home to roughly 7 million people.