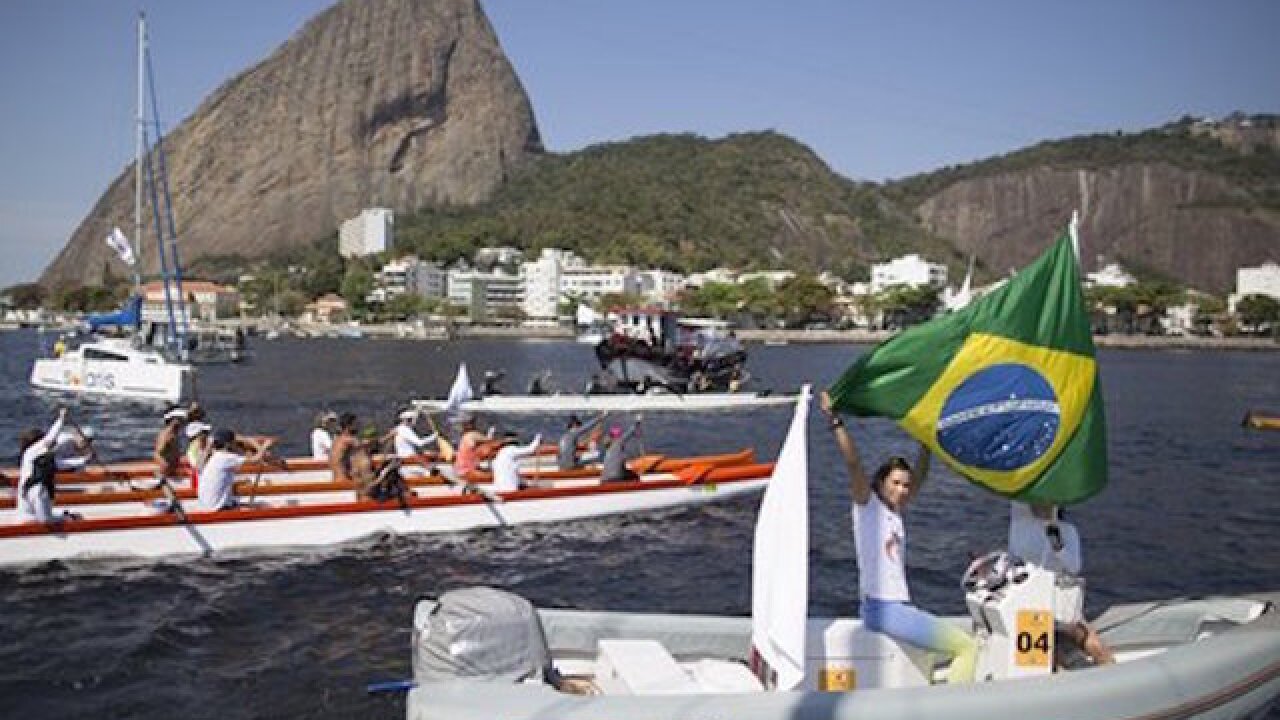 Copyright Associated Press
Leo Correa
<p>In this Aug. 8, 2015, file photo, a woman flies Brazil's national flag on her boat during a protest against contamination in the water in the Marina da Gloria in Rio de Janeiro, Brazil. Organizers, led by Rio Mayor Eduardo Paes, have been downplaying expectations as a myriad of problems have surfaced: virus-infested venues for sailing, canoeing and rowing; the mosquito-borne Zika virus; $500 million in spending cuts; charges the $10 billion spent to ready the city is benefiting mostly construction companies and real estate developers. (AP Photo/Leo Correa)</p>

LAUSANNE, Switzerland (AP) — International sports federations expressed concern Tuesday over problems with venues for the Olympics in Rio de Janeiro, including power failures at the gymnastics arena this week.

Members of the Association of Olympic International Sports Federations reviewed the status of the Rio Games, which open in less than four months on Aug. 5.

"They miss some very important details in each field of play," ASOIF President Francesco Ricci Bitti said at the group's annual meeting during the SportAccord conference in Lausanne.

Ricci Bitti told delegates that IOC President Thomas Bach "is worried like you, like me" about details for Rio.

Rio's sports director acknowledged to the 28 Olympic sports that the city's seven-year preparations "were not perfect or up to your expectations" but said the games would be a success.

"I can assure you that the athletes will not have any problems in games time, nor any of you in your events," Agberto Guimaraes said.

The comments followed complaints raised by the gymnastics federation, known as FIG, which is holding its artistic gymnastics test event at Rio Olympic Arena this week.

"Most important, they have problems with regard to the Omega (scoring) system," Froehlich said. "Furthermore, power outages while the athletes were performing, which is a very serious issue."

The absence of flooring at a temporary training center venue was "due to lack of funding," he said.

The IOC said Dubi and McConnell would spend more time in Rio but would live there full time. Dubi's predecessor, Gilbert Felli, was assigned to work there with local organizers two years ago amid growing concerns about Rio's readiness.

Guimaraes also addressed longstanding problems of water pollution and "floating garbage" in Rio, and the possibility of officials' accommodation — including a Trump hotel — not being ready, before giving further assurances.

"Until today we have no involvement, no problems with any political or economic situation in the country," Nuzman said.

The ASOIF meeting was the last formal gathering of sports federations before they gather in Rio.

After a year of scandals damaging FIFA and the IAAF, whose former presidents and top officials are under criminal investigation, the meeting agreed to a project assessing members' standards of good governance.

During the debate, International Handball Federation president Hassan Moustafa of Egypt reacted angrily to what he said was a disrespectful tone, insisting: "We are not criminals."

In two uncontested elections, Italy's Ricci Bitti won another four-year term as ASOIF president, while C.K Wu — the Taiwanese president of boxing's international body — was nominated to continue representing the umbrella group on the IOC executive board.