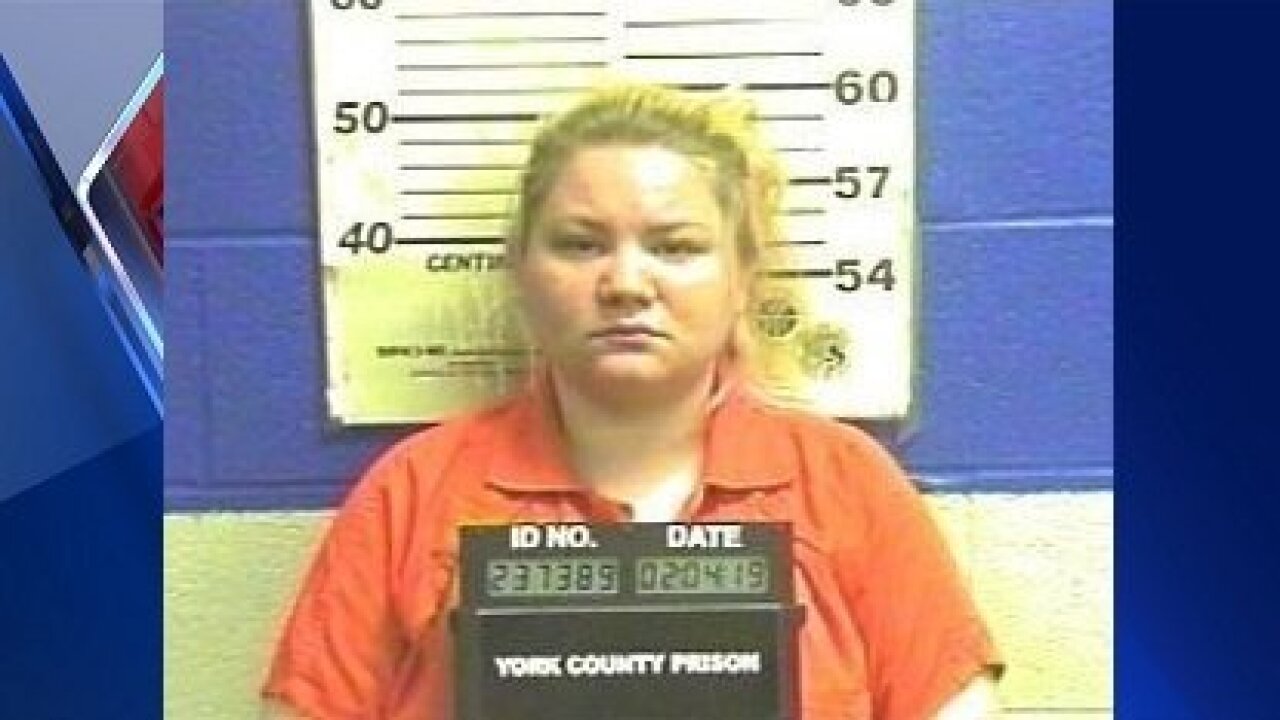 While giving her daughter a bath on December 31, Gentzler allegedly held the toddler’s face under the water and faucet several times in an attempt to get her to stop screaming, according to the criminal complaint. When Gentzler realized her daughter’s face was getting red, she removed her from the water, placed the toddler on her chest and when she pulled back her child’s face, a piece of skin remained on Gentzler’s sweatshirt.

Gentzler took her daughter to York Hospital on January 1 for facial burns, where she was transported to Lehigh Valley Hospital for treatment. State Police were notified of the suspected physical abuse that same day by the York County Office of Children, Youth, and Families.

On January 3, State Police spoke with a nurse at Lehigh Valley Hospital. The nurse advised that an MRI showed three healed fractures, which included the seventh right rib, the right elbow and the left clavicle. She also confirmed the child had second-degree facial burns. There were no burns in the toddler’s mouth or nose.

At the end of January, State Police interviewed Gentzler. She described the incident in the bathtub (seen above), noting that her daughter hates the feel of water and just kept screaming.

Gentzler was also questioned about the healed fractures, in which she reportedly admitted to having been rough with her daughter because she “wants attention all the time.” Gentzler allegedly squeezed her daughter’s chest, shook her and lifted her up really hard.

Gentzler described a fourth incident when she was feeding her daughter, saying that the toddler bit her finger and to show her that biting hurts, Gentzler allegedly bit the “meaty part” of her hand.

Gentzler was arraigned on charges Monday. Her preliminary hearing is scheduled for February 26.