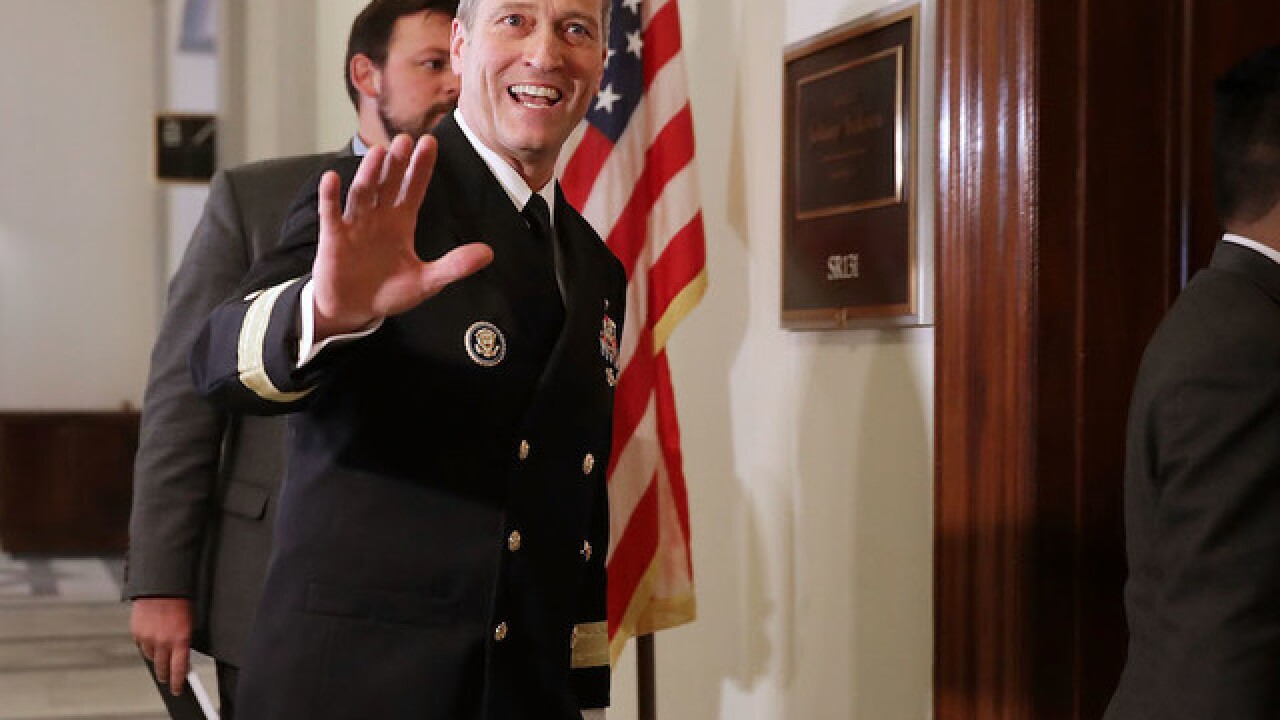 Image copyright 2018 Getty Images. All rights reserved. This material may not be published, broadcast, rewritten, or redistributed.
Chip Somodevilla
<p>WASHINGTON, DC - APRIL 16: Physician to the President U.S. Navy Rear Admiral Ronny Jackson waves to journalists as he heads into a meeting with Senate Veterans Affairs Committee Chairman Johnny Isakson (R-GA) in the Russell Senate Office Building on Capitol Hill April 16, 2018 in Washington, DC. President Donald Trump nominated Jackson, his personal doctor at the White House, to be the new Secretary of the Department of Veterans Affairs after Trump fired David Shulkin on March 28. (Photo by Chip Somodevilla/Getty Images)</p>

A White House official showed CNN documents that the official claims exonerate Dr. Ronny Jackson from some allegations that he inappropriately dispensed pills and that he wrecked a government vehicle after leaving a Secret Service going-away party.

The official said Jackson has returned to the White House Medical Unit but has not returned as President Donald Trump's physician. The official says it is unclear if that will happen. Another physician has been serving as the President's doctor since Jackson's nomination.

The White House military office pulled records from the General Services Administration showing three different vehicle incidents, all of which occurred during work hours, involving Jackson from 2013 through 2017. The incident reports involve a bus striking Jackson's government vehicle, a car rear-ending his vehicle and a road rage incident involving another driver banging on Jackson's window. There is no evidence in the documents provided that Jackson was drinking on the job. The official says, "there would have to be a massive cover-up or government conspiracy for him to crash a government vehicle without any paperwork."

Other records provided are six audits from Walter Reed Medical Center over the last two and a half years that shows the White House Medical Unit was in compliance with securely storing prescription drugs. The routine audits did make procedural recommendations aside from being in compliance with storing medication.

"There is nothing [in these documents] that would make you think 'candy man' is appropriate," the official said, referring to Democratic Montana Sen. Jon Tester's claim, citing sources who spoke to his committee, that Jackson was called that for handing out medication like "candy."

The official said they showed the documents "to defend the President's remarks (about Jackson) and to defend his reputation."