What you need to know about right-to-try legislation 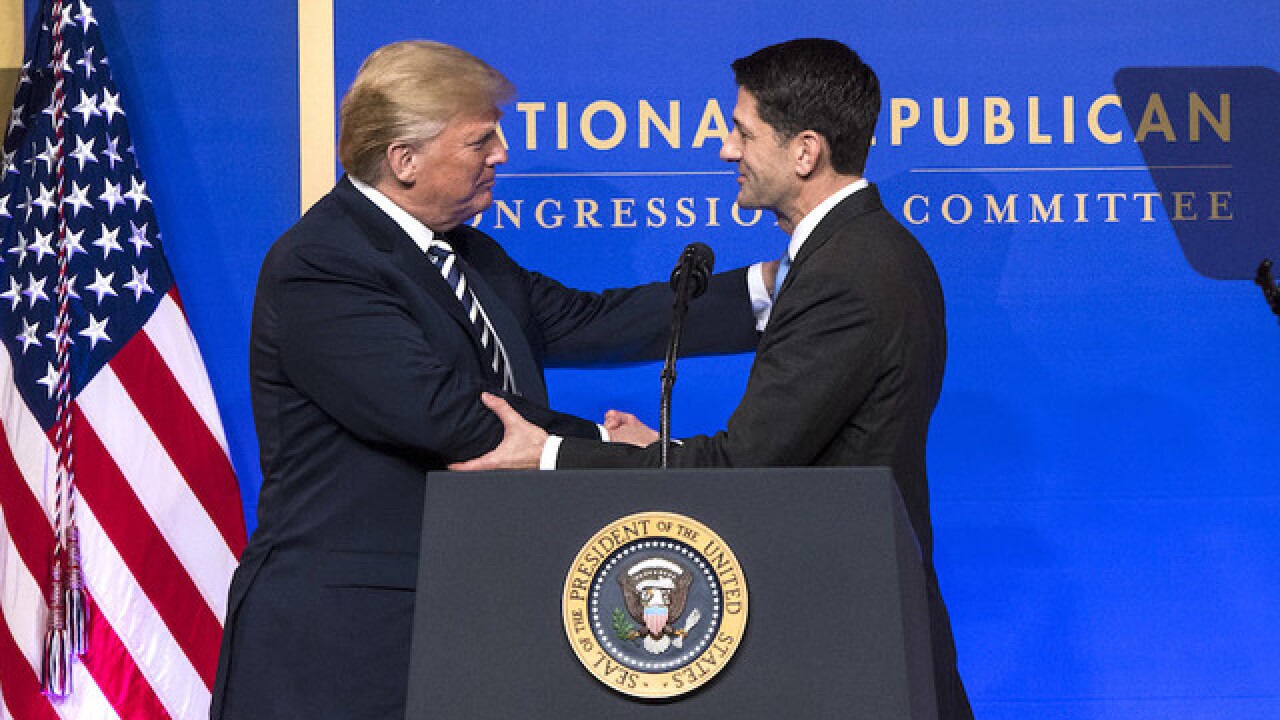 The US House of Representatives passed a federal "right-to-try" bill Wednesday night, leaving many Americans wondering what the move could mean for their health and that of their loved ones.

The bill, backed by President Donald Trump, would give terminally ill patients the right to seek drug treatments that remain in clinical trials and have passed phase one of the Food and Drug Administration's approval process, but they have not been fully approved by the FDA.

The bill passed the House 267 to 149 , after failing to pass last week. Now the legislation needs approval from the Senate.

The central question, however, remains: Would a federal right-to-try bill help or hurt some of the country's most fragile patients? Here's what you need to know, according to experts on both sides of the legislation.

Who would be impacted by the bill, and how?

"This is really a law for people who are very sick, who have exhausted all treatment options and who cannot enroll in a clinical trial," said Starlee Coleman, senior policy adviser at the Goldwater Institute , a conservative public policy think tank based in Phoenix that supports right-to-try legislation.

"For people living in a state where right-to-try is already on the books, they already have the ability today to work with their doctors directly to approach a drug company with a drug in clinical trials and ask for the option to try that drug outside of the clinical trial," she said. "For people living in the 12 states without a right-to-try law, today they don't have this option, but if the federal law passes, they will have the option."

Some opponents argue that the bill won't change much but could have a detrimental effect on how the FDA safeguards the health of the public.

Dr. Steven Joffe, professor in medical ethics and health policy at the University of Pennsylvania's Perelman School of Medicine, co-authored a perspective paper about such concerns, published in the New England Journal of Medicine last month.

The paper notes that the FDA already has expanded-access policies , sometimes called compassionate use, to give terminally ill patients without other options access to investigational medical products outside of clinical trials.

About 99% of submitted applications for expanded access to almost 9,000 investigational drugs were allowed to proceed over a 10-year period between January 2005 and December 2014, according to a study by FDA researchers, published in the journal Therapeutic Innovation & Regulatory Science in 2016.

"Emergency requests for individual patients are usually granted immediately over the phone and non-emergency requests are generally processed within a few days," FDA Commissioner Dr. Scott Gottlieb said in a statement last year.

What are the arguments of both sides?

Right-to-try advocates argue that by bypassing FDA permission, patients can save even more time.

The right-to-try bill would be different from the FDA's current expanded-access policies, as the current policies require patients to apply for access, Coleman said.

"This law eliminates the application requirements to the FDA," she said.

Joffe said that often when drugs are very early in their development and few studies have been done on them, only the companies, the FDA and the doctors involved in the development of those drugs know what little data are available on how to administer them.

"The rest of us doctors are kind of flying blind with respect to things like how much of the drug to give, how to give it, what kind of side effects to look for. ... So by cutting the FDA out of the loop, you are failing to take advantage of the knowledge that it has about how to use the drug," Joffe said.

"About 10% of the time, the FDA, when it gets requests for expanded access, will say 'Yes, but here's the way you can do it more safely' or 'here's the side effects to look out for,' " he said, referencing an agency document about patient access to investigational drugs.

Could right-to-try be harmful or helpful?

Supporters of right-to-try argue that the legislation is needed because most terminal patients are too sick to be selected to participate in clinical trials and it takes too long for promising treatments to be approved.

Joffe argued that the right-to-try approach to providing access to unapproved drugs early in their development could put patients in harm's way, as patients receiving the drug are often in very fragile health, doctors often lack the information needed to administer the drugs safely, and little may be known about their risks and benefits, he said.

Joffe pointed to certain stem cell therapies as treatment approaches that appear promising but have turned dangerous when unregulated.

"Another thing I'm worried about is that there's going to be a bunch of shady actors that are going to pop up that are going to start to try to take advantage of the right-to-try law to say 'we can provide these sort of experimental therapies, if you want to call them that, to patients without needing to go through the FDA,'" Joffe said.

On the other hand, the treatments available under right-to-try laws are already in clinical trials, Coleman said, adding that "this law isn't replacing the existing FDA expanded access program; it's just opening up another avenue."

"It's only for people who say, 'I understand the risk. I know this drug is not fully approved. It may not help me, but my doctor and the drug company think it could, and I want to try,'" she said. "Basically, if the FDA says that a drug is safe enough to be used in trials on humans, then it's safe enough for a dying person to make their own choice about whether or not they would like to try it when they can't get into a clinical trial."