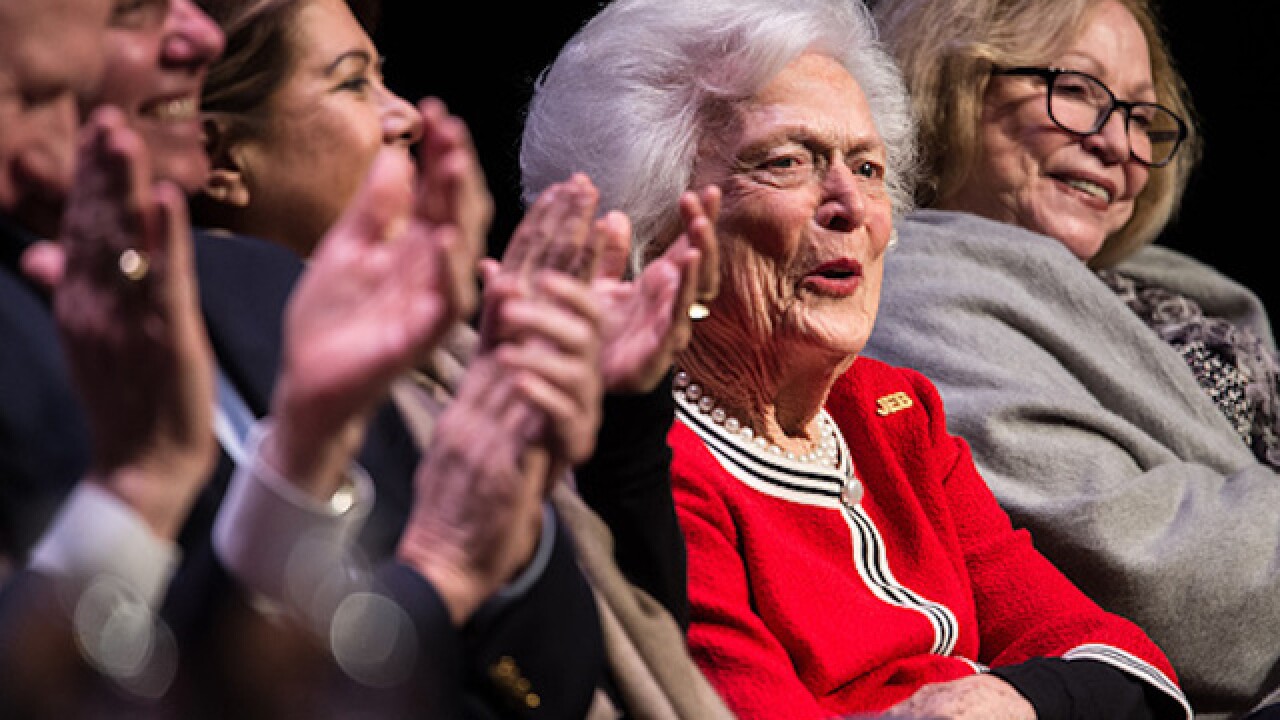 And the White House Historical Association announced Tuesday that members of the public who wish to sign the official condolence book for Bush can do so beginning at 9 a.m. Wednesday.

The condolence book will be at the White House Visitor Center, steps from the White House, at 1450 Pennsylvania Ave. NW in Washington. The center is open daily from 7:30 a.m. to 4 p.m. and is free to the public, according to the historical association.

Members of the public also can pay their respects Friday as Bush's body lies in repose at St. Martin's Episcopal Church in Houston. An invitation-only funeral will be Saturday at Second Baptist Church.

A website for the former first lady suggests donations to the Barbara Bush Foundation for Family Literacy.

Bush was known as a matriarch to a political dynasty, and for her quick wit and strong personal views.

Speaking to Wellesley College's Class of 1990, an appearance that drew criticism from students who questioned her credentials to address female graduates entering the workforce, she addressed the audience with her signature good humor.

"Somewhere out in this audience may even be someone who will one day follow my footsteps and preside over the White House as the president's spouse. I wish him well," she said.