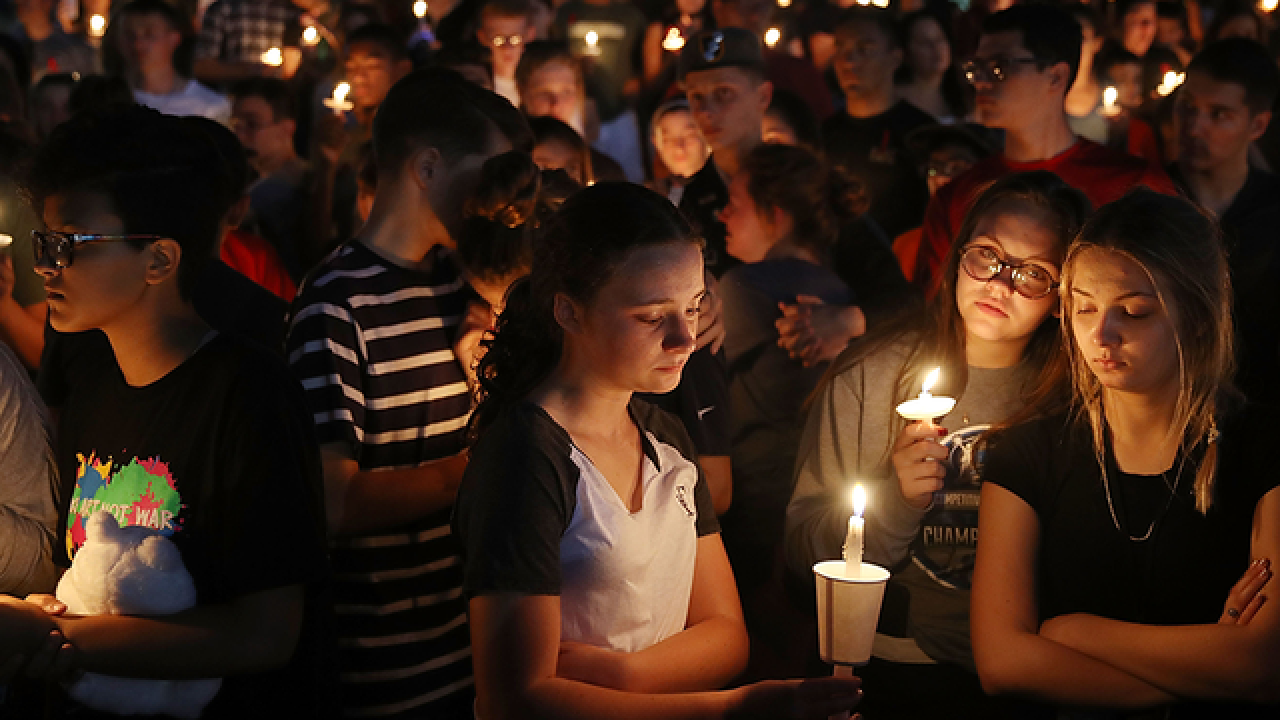 Jordana Judson lives in New York. But when she heard about the Florida school shooting last week, it hit close to home.

Judson, 23, graduated from Florida State University, which had a school shooting a few years ago. She also is a 2012 graduate of Marjory Stoneman Douglas High School in Parkland, where 17 students and faculty were killed last Wednesday.

Her family friend Meadow Pollack was among them. After she heard the news, all Judson wanted to do was go home to South Florida and be with her family.

"Everyone (in the community) knows somebody involved somehow," she said. Pollack, 18, was the sister of Judson's brother's best friend, and Pollack's dad has been a father figure to Judson's family. "Meadow's dad helped raise my brother."

Judson didn't find out until last Thursday, the day after the shooting, that Pollack was killed. She immediately knew she had to get home in time for the funeral, and for a candlelight vigil Thursday night.

But she might never have made it if it wasn't for two generous New York state troopers.

'I just got out of the car and I started crying'

Judson, who works in public relations, began searching for flights online, hoping it would be a quick and affordable process. It wasn't. Thinking that dealing with the issue in person would be easier, she drove to LaGuardia Airport.

She didn't even pack a bag. But in the time it took her to get to the airport, the only remaining seat on the flight she was looking at had sold.

"I just got out of the car and I started crying because I realized this (flight) was the only thing separating me from New York and Florida," she said.

On the way into the terminal Judson ran into the troopers -- Robert Troy and Thomas Karasinski -- who noticed she looked upset. They offered to help.

She explained her situation and that she was trying to buy a last-minute airline ticket to Florida. She wasn't sure she or her family could afford it.

Judson went to the ticket counter and called her mother in tears, trying to find a way to make the flight work. And then Troy and Karasinski showed up again.

"I'm on the phone with my mom," she said. "And I look up and they were handing over their credit cards."

The one-way ticket cost more than $600. Judson told the officers they didn't have to do it.

"It's already done," one of them said.

In a phone interview with CNN, Judson said she has volunteered for several community organizations in Parkland, worked with special needs children and taught dance classes for kids who could not afford a studio.

"I spent my whole life giving back," she said.

So maybe good karma can explain what the troopers did for her.

'A selfless act of humanity'

Her JetBlue flight landed about 4:30 p.m. in West Palm Beach. The vigil in Parkland started at 6.

Judson made it in time.

Asked Tuesday about his efforts on her behalf, Karasinski said that as a state trooper he's never paid so much out of his own pocket to help someone.

There was no discussion between him and Troy beforehand, he said.

The two officers decided on the spot to split the cost of Judson's flight and help her get home to her family. They just figured it was the right thing to do.

"I can guarantee that any other law enforcement agency would do the same thing if they were in my shoes," Karasinski said.

Still, Judson said she was floored by their generosity and compassion.

"It was just a selfless, great act of humanity that they didn't have to do," she said.