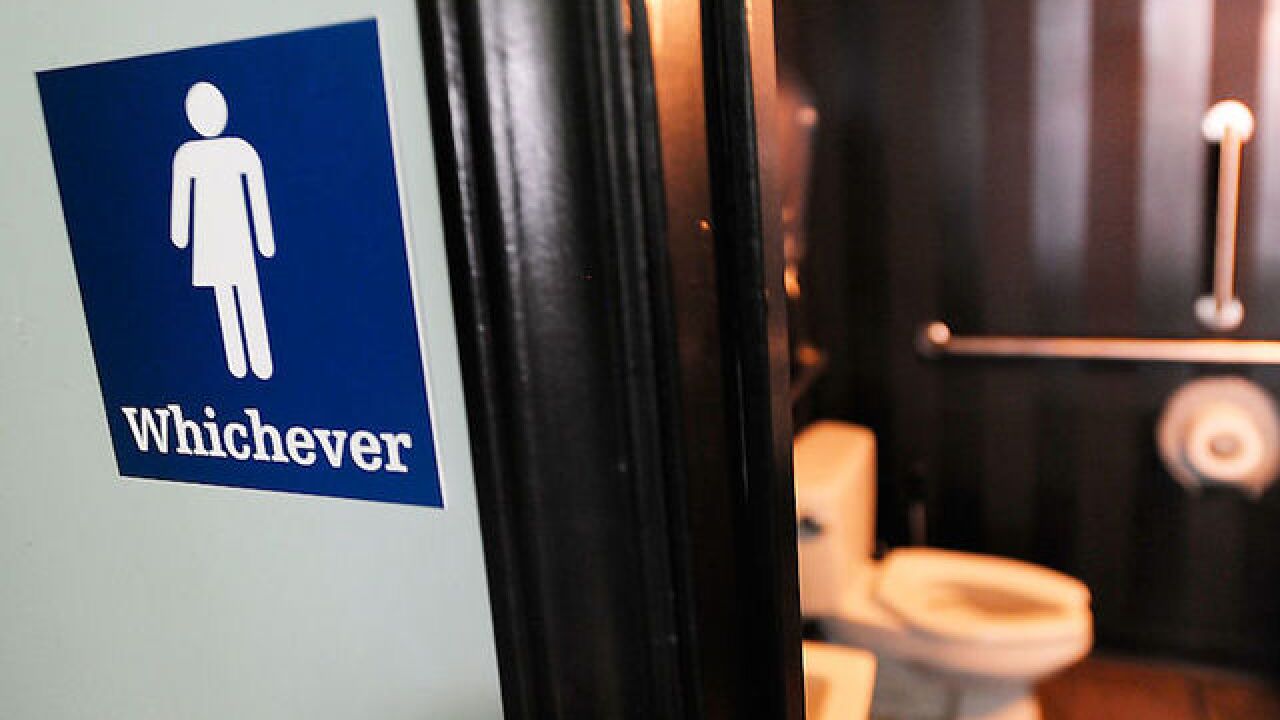 Image copyright 2018 Getty Images. All rights reserved. This material may not be published, broadcast, rewritten, or redistributed.
Sara D. Davis
<p>A gender neutral sign is posted outside a bathrooms at Oval Park Grill on May 11, 2016 in Durham, North Carolina. </p>

When a transgender woman got up to use the woman's bathroom at a restaurant, she said she was asked to show her ID.

And when she refused, she said she got kicked out.

Charlotte Clymer, who identifies as female, works for the Human Rights Campaign. She said she was at Cuba Libre Restaurant and Rum Bar in Washington on Friday with a group of friends for a bachelorette party.

Clymer wrote on Twitter that the group was having a good time. But things shifted when she and a friend went to use the bathroom.

On her way there, an attendant at the restaurant asked Clymer for her ID, she wrote. But, she said, he didn't ask anyone else for theirs.

So she asked him why it was necessary.

The attendant told her that her ID needed to say "female" on it for her to use the women's bathroom, according to her account. She told him "that's nonsense" and kept walking.

Clymer said she then went into a stall. The attendant followed her into the bathroom but later left, she wrote.

But after she left the bathroom, Clymer said the attendant and the manager were waiting for her.

According to Washington law, they said, you have to have "female" on your ID to use the women's bathroom.

The law says that if someone identifies as a woman, they're allowed to use a women's bathroom, and refusing to let someone use the bathroom that corresponds with their gender is discrimination.

When the manager insisted she show him her ID, Clymer said she told him "that's not happening." She asked him to tell her what city law he was referencing.

According to Clymer, he said: "You being in there will make women uncomfortable."

Clymer pulled up the actual laws on her phone and told the manager that what he was doing was illegal. He said she was wrong and threatened to call the police.

"I told him he should absolutely call the cops. Please do," she wrote.

That's when he told her to leave. A bouncer backed him up, grabbed Clymer's arm and pushed her out of Cuba Libre, she wrote.

Clymer called local police, and the officers who responded told her she was right about the law.

"As a rule, we support safe bathrooms and welcome guests of all gender identifications," the statement says.

It added: "It is particularly disappointing that this has occurred during Pride month when we're undertaking efforts & events to support the LGBTQ community."

Cuba Libre tweeted that it will re-train its entire staff to make sure something like this doesn't happen in the future. Its CEO has also reached out to Clymer and asked to speak with her, the statement said.

"It's not just illegal, it's against all we stand for," she wrote.