The sky above Santa Barbara County is about to look really freaky. Don't worry, it's not an alien invasion 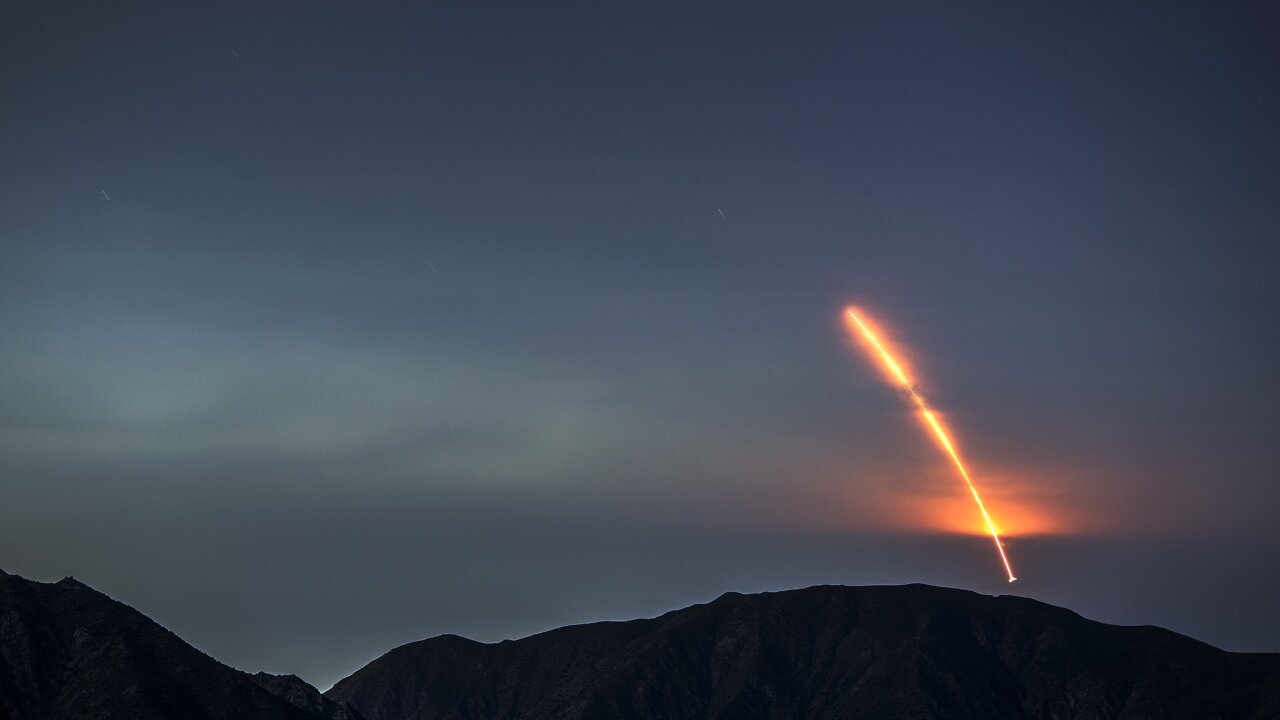 (CNN) -- A spy satellite liftoff in California could create cosmic colors in the western sky and prompt outlandish and hilarious tweets and reports to local authorities.

The launch of a Delta IV Heavy Rocket carrying a National Reconnaissance Office Payload was expected to take place no earlier than Sunday, according to launch officials. However, officials on Saturday delayed the launch , saying a new date would be set "pending the results of additional testing." The launch will take place at Vandenberg Air Force Base in Santa Barbara County.

When a rocket goes up from Vandenberg shortly after the sun has gone down, there's strong potential for the contrail to illuminate.

Don Clotworthy, a retired sergeant with the California Highway Patrol, worked directly under the path of Vandenberg rocket launches for 30 years and told CNN he was once asked whether a contrail was the Northern Lights.

"I had everything from flying saucers, to religious connotations and the Rapture, to the Russians are attacking," he said.

"The sun sets below the horizon, essentially backlighting the contrail," Mike Wofford, a meteorologist with the National Weather Service in Oxnard, California, told CNN. "As the rocket gets higher, the contrail gets more exposed to the sun's rays."

Wofford explained the window to see these contrail light shows is just after sunset and diminishes the darker it gets.

He called the last contrail show from Vandenberg, a little more than a year ago, "really spectacular."

Space X Founder Elon Musk poked fun at the various theories in December 2017 after his company launched its Falcon 9 booster from Vandenberg.

"Nuclear alien UFO from North Korea," he tweeted, along with a video of the launch.

The launch was seen from San Francisco to San Diego, and as far east as Phoenix.

It whipped up so much interest, the Los Angeles Fire Department issued in all capital letters a statement:

"MYSTERIOUS LIGHT IN THE SKY IS REPORTED TO BE AS A RESULT OF VANDENBURG (sic) AIR FORCE BASE LAUNCHING ROCKET TO PUT SATELLITE INTO SPACE. NO FURTHER DETAILS."

"Since the 1960's, LAFD and other public safety agencies in our region have fielded calls from concerned residents about the launches," the LAFD emailed to CNN.

The department added that most callers report a peculiar phenomenon in the sky but do not ask for assistance.

According to the Vandenberg Air Force Base website, the base along the coast is in an ideal location for "launching satellites into polar orbit without flying over populated areas."

Both the LAFD and Highway Patrol in Santa Barbara report the number of these sensational rocket contrail phone calls is diminishing as West Coast residents get used to an increasing number of launches from Vandenberg, including SpaceX operations.

The delayed Delta IV Heavy Rocket is built by the United Launch Alliance, which calls it "the nation's proven heavy lifter."

The company, a joint venture of Boeing and Lockheed Martin , says the bulky rocket has three booster cores powered by Aerojet Rocketdyne liquid hydrogen/liquid oxygen engines that can produce a combined 2.1 million pounds of thrust.

But ULA and the Air Force won't say anything about a satellite on board, just that it's a reconnaissance mission, which translates, outside the confines of the base, to a spy operation.

"Team V has put in a lot of hard work for this launch," said launch commander Col. Bob Reeves of Vandenberg in a statement. "We are dedicated to mission success and proud to work alongside United Launch Alliance and the National Reconnaissance Office."

If the Delta Heavy's contrail illuminates, retired officer Clotworthy suggests he might be vulnerable to a flashback.

"I won't forget the caller who thought somehow the launch was linked to S.D.I," said Clotworthy, referring to the so-called Strategic Defense Initiative, a missile defense system concept that vanished and dissolved, just like a contrail, in 1993.