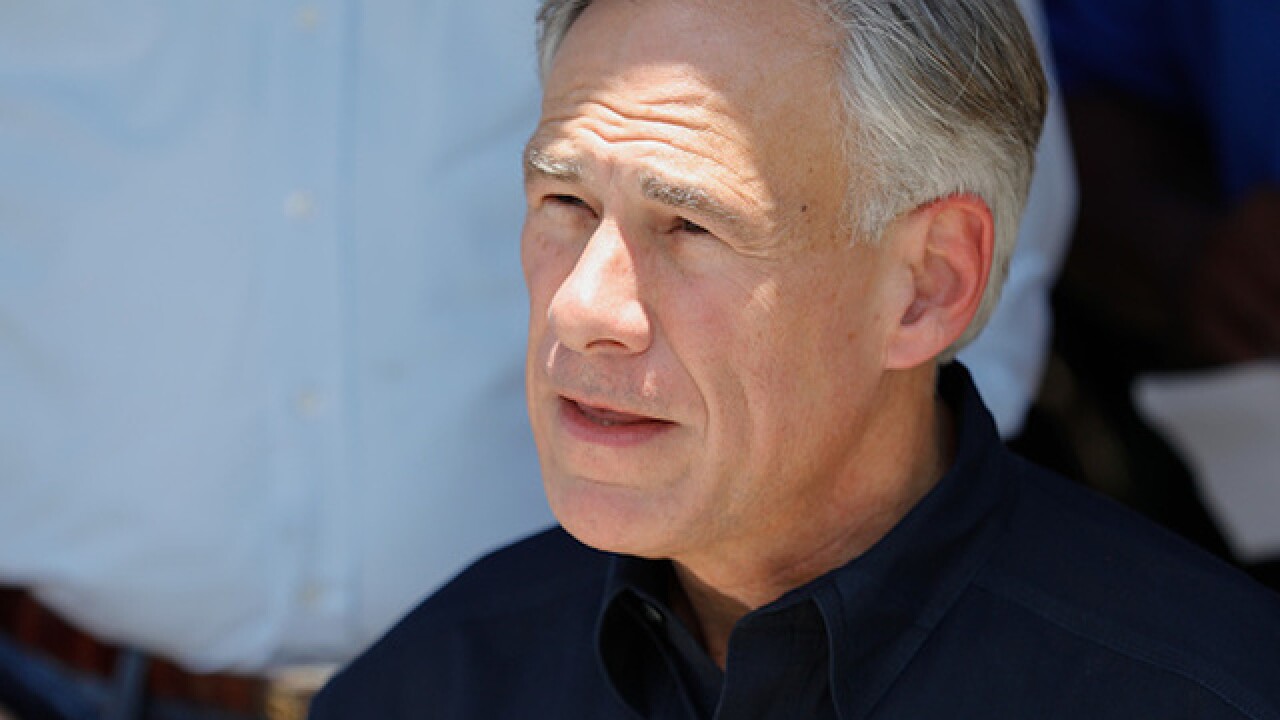 Image copyright 2018 Getty Images. All rights reserved. This material may not be published, broadcast, rewritten, or redistributed.
Bob Levey
<p>SANTA FE, TX - MAY 18: Texas Gov. Greg Abbott speaks during a press conference about the shooting incident at Santa Fe High School May 18, 2018 in Santa Fe, Texas. At least 10 people were killed when a gunman opened fire at Santa Fe High school. Police arrested a student suspect and detained a second person. (Photo by Bob Levey/Getty Images)</p>

Texas Gov. Greg Abbott's re-election website has abandoned a contest to give away a $250 voucher toward a shotgun purchase days after the slaying of 10 people at Santa Fe High School.

Previously, participants in the giveaway entered with a chance to win a $250 certificate that could be redeemable for a "Texas-made shotgun" at a licensed gun dealer in Central Texas, per the campaign's website.

Now the website doesn't mention the gun. It only offers a $250 gift certificate. The giveaway was dropped from the website after CNN's story published on Sunday.

John Wittman, a campaign spokesman, said Monday the change was made over the weekend because of the mass shooting.

The drawing began May 1 -- before the shooting in Santa Fe -- and ends May 31. The website still touted the gun giveaway on Sunday, two days after Friday's mass shooting.

Abbott's campaign had also advertised the giveaway on other campaign materials.

Vikki Goodwin, a candidate for the State House District 47 in west Travis County, was door-to-door campaigning on Saturday afternoon when she came across a door hanger advertising the giveaway.

"I was just astounded that he was giving away a shotgun," Goodwin told CNN. "The timing of it just seemed really bad."

Goodwin noted she only saw the door hanger on one house and didn't know how long it had been there. "I thought, 'Surely they didn't just put this on the door and say they're giving away a shotgun right after 10 people have died as a result of another school shooting,'" she said.

The Austin chapter of March for Our Lives -- the gun control initiative started by students in Parkland, Florida, after their own school shooting -- blasted the governor on Twitter for the giveaway. The group demanded he take the page on his website down.

"To put it bluntly, we find this a disgusting display of disregard of the toll gun violence takes and an absolute failure to respect your constituents in the wake of the #SantaFe shootings," the chapter said on Twitter.

"Having a raffle of a shotgun, considering that a shotgun is what was used just two days ago to kill 10 of my peers, I frankly think that's disgusting, what Gov. Abbott is doing," said Jack Kappelman, a high school senior and an organizer for Austin March for Our Lives.

Abbott's office did not immediately respond to a request for comment Sunday about the shotgun giveaway. Asked about the criticism from March for Our Lives during a news conference on Sunday, Abbott said, "Haven't seen it."

Dimitrios Pagourtzis, the suspected 17-year-old shooter, is being held on charges of capital murder and aggravated assault of a public servant.

According to a probable cause affidavit signed by the Galveston County Sheriff's Office, Pagourtzis told officers he used a Remington 870 shotgun and a .38-caliber pistol in the shooting.

Abbott told reporters on Friday the weapons were legally owned by Pagourtzis' father. His family released a statement on Saturday, saying they were "as shocked and confused as anyone else by these events that occurred."

"We share the public's hunger for answers as to why this happened, and will await the outcome of the investigation before speaking about these events," the statement said.

It's not the first time Abbott has held a giveaway for a shotgun. According to MySanAntonio.com, Abbott also hosted a raffle in October 2015 during his first year as governor.