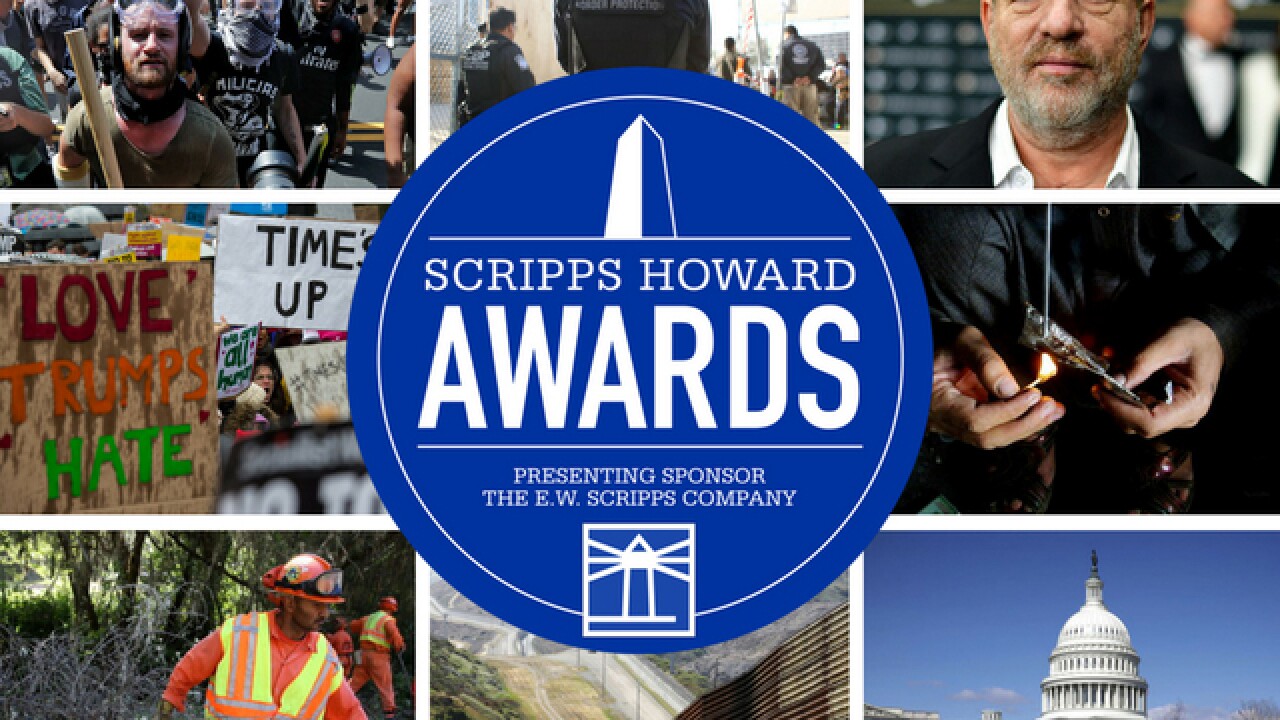 Photos from Getty Images
<p>The 65th Scripps Howard Awards begin at 7 p.m. Eastern on Thursday, April 19, 2018. They will be streamed live at shawards.org and on Facebook from Cincinnati, Ohio, where the E.W. Scripps Company's headquarters are located.</p>

In one exceptional piece of journalism, content creators led readers to understand everything about "The Wall" that President Donald's Trump has proposed for the U.S.-Mexico border.

That content includes an aerial video of every foot of the border. It allows people to explore every piece of fence and "even stand at the border in virtual reality."

It was made as an effort of the Arizona Republic with the USA Today Network, and it is the winner of a prestigious journalism award.

"The Wall" is one of many tireless journalism efforts named a winner of the 65th Scripps Howard Awards.

The winner in the Scripps Howard Awards' "Topic of the Year — Divided America" category, VICE News sent a correspondent behind the scenes with white nationalist leaders as well as counterprotesters in Charlottesville, Virginia in the days after a "Unite the Right" rally in 2017 that left three dead.

"Harassed" by the New York Times also won a Scripps Howard Awards honor in the "Investigative Reporting" category. The piece uncovers "the secret histories of prominent men across industries who were accused of sexual harassment and misconduct that affected women ranging from actresses to factory workers to food servers." The articles in this series were a catalyst for the #MeToo movement.

The Scripps Howard Awards aim to spotlight the very best in quality journalism that impacts the world in which we live. Journalists spend countless hours away from those in their personal lives in order to expose truths and bring about change and justice.

Those being honored with these awards, in several categories, are journalism heroes.

HOW TO WATCH
65th Scripps Howard Awards
7 p.m. Eastern Thursday, April 19
A pre-show begins at 6:30 p.m.
Airing live at shwards.org and on Facebook
View the full list of winners