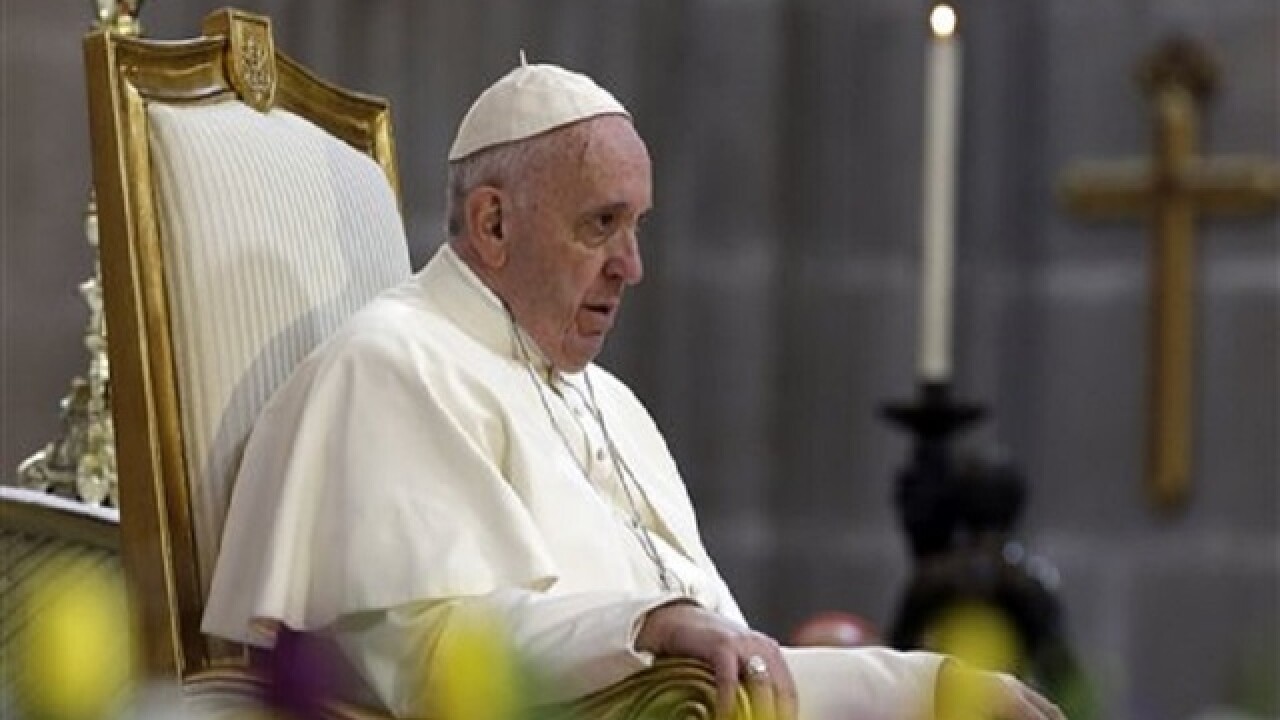 Gregorio Borgia
<p>Pope Francis meets with bishops during his visit at the National Cathedral in Mexico City, Saturday, Feb. 13, 2016. Pope Francis is demanding Mexican bishops courageously challenge the "insidious threat" posed by the drug trade, saying the Catholic hierarchy must help Mexicans escape the violence and corruption plaguing their nation and not hide behind their own privilege and careers. (AP Photo/Gregorio Borgia)</p>

MEXICO CITY (AP) — Pope Francis' top adviser on clerical sex abuse says bishops have a "moral and ethical responsibility" to report all cases of suspected rape, molestation and other abuse to police — even where local laws don't require it.
A statement released by Boston Cardinal Sean O'Malley goes beyond the Vatican's current guidelines for bishops. Those 2010 guidelines say bishops and superiors must report suspected cases where civil reporting laws require it.
O'Malley, who heads the pope's abuse advisory commission, issued the statement after a recent course for new Catholic bishops on handling abuse cases featured a French monsignor who reportedly said bishops don't have to report cases. He said it is up to families and victims to do so.
The failure of bishops to turn suspected and known pedophiles over to police is one of the main reasons that the church's abuse scandal grew to the extent it did, since bishops for decades moved rapists from parish to parish rather than hand them over to law enforcement.
In the statement, O'Malley and members of the commission affirmed that civil reporting laws must be followed. But they stressed that "even beyond these civil requirements, we all have a moral and ethical responsibility to report suspected abuse to the civil authorities who are charged with protecting our society."
O'Malley's statement was issued as Pope Francis continued his five-day visit to Mexico.
Despite calls from victims groups, the Vatican has said Francis has no plans to meet with Mexican survivors of abuse. Mexico's most notorious case involved the disgraced founder of the Legion of Christ religious order, who raped his seminarians and fathered three children.
Associated Press 2016