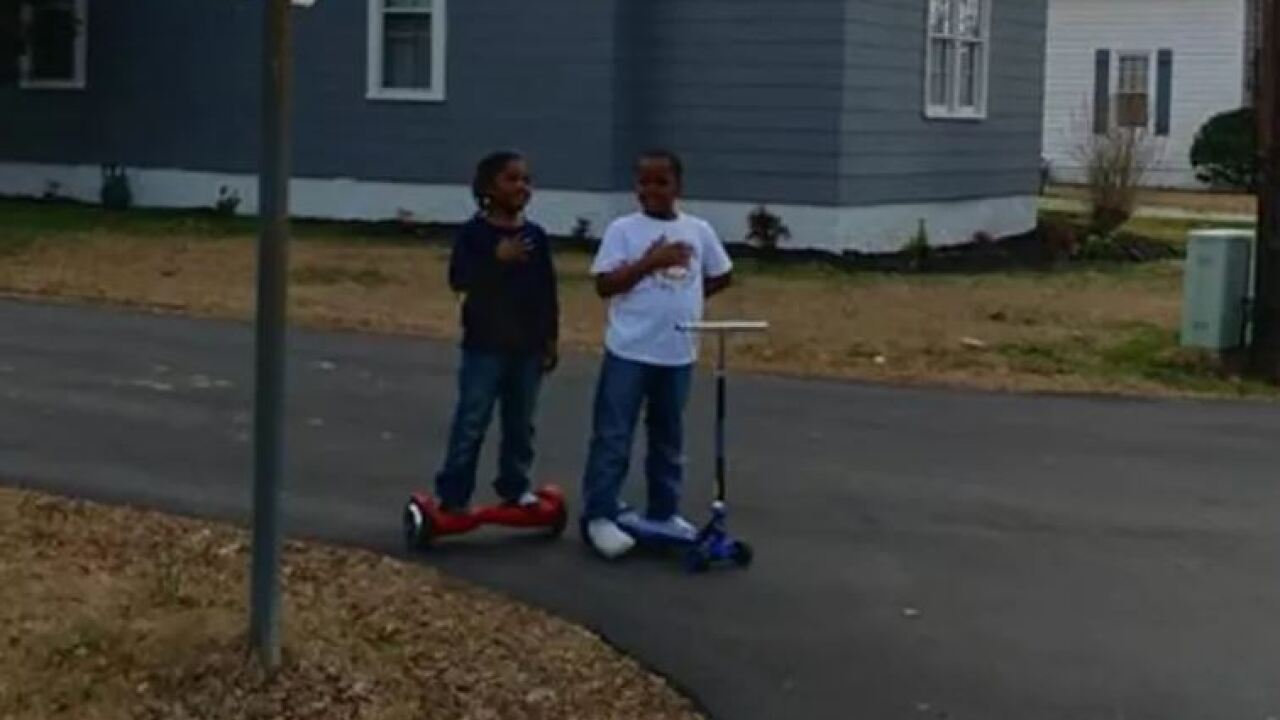 SAMPSON COUNTY, NC — A picture of two boys stopping in a street to honor a U.S. flag as it was being raised at a fire station is going viral.

The Roseboro Fire Department posted a picture of the two boys placing a hand over their heart as a U.S. flag was raised to full staff at the station.

Officials at the fire department say the boys were saying the Pledge of Allegiance as the flag was raised.

"This afternoon as Chaplain Herring was raising the U.S. flag to full staff, he looked over to the intersection and saw these two young people standing there with hands on their heart saying the pledge of allegiance," officials wrote on Facebook.