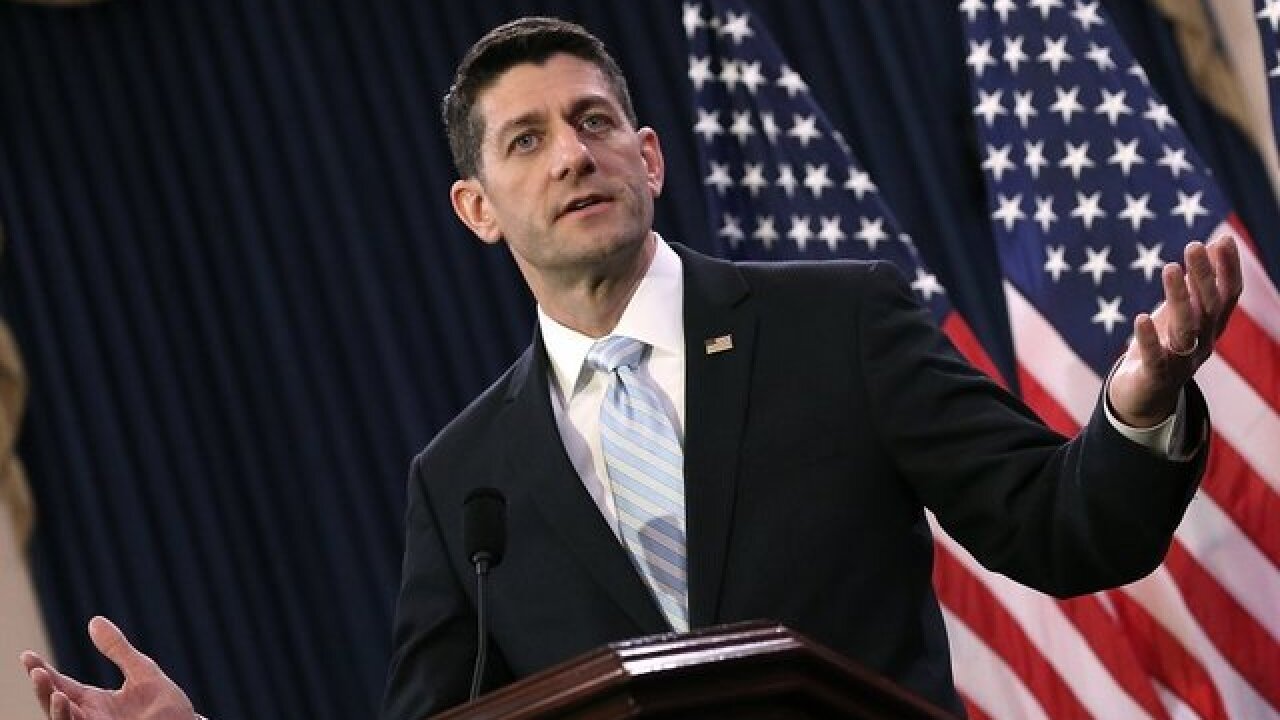 The speaker, however, declined to endorse further protections for the special counsel's investigation or criticize a House Republican report that, in contrast to US intelligence agencies' findings, said Russian President Vladimir Putin's actions were not aimed at helping President Donald Trump's candidacy.

"Those GRU officers, I've already seen the intelligence, they were the people that conducted this cyberattack on our elections. We already put in place sanctions," Ryan told reporters during a news conference. "If the foreign affairs committee or the financial services committee and the Senate Banking Committee think that there are other sanctions that we have not yet placed upon Russia, I'm more than happy to consider those."

Ryan's comments come a day after Trump's meeting with Putin in Helsinki, Finland. During a news conference following their meeting, Trump declined to endorse the US intelligence community's assessment that Russia interfered in the 2016 election over Putin's denial. Trump also took jabs at special counsel Robert Mueller's investigation into election, repeating his claim next to Putin that the investigation was a "witch hunt."

Ryan declined to say whether Congress should do more to protect Mueller.

"I've been clear from day one. He should be allowed to finish his investigation and carry out his work. Nothing has changed," Ryan said.

The House speaker sidestepped when asked about a House Intelligence Committee report from Republicans that disputed the intelligence community's finding that it was Putin who tried to help Trump -- a notable fact following the news conference in which Putin explicitly said he favored Trump to win the 2016 election.

Ryan said Republicans found fault with the analytical tradecraft, and said it was a question for the committee, but didn't shy away from further criticizing Russia's actions.

"When we reviewed the IC, we also believed there were some mistakes made by the IC," Ryan said. "But let's be very clear, just so everybody knows, Russia did meddle with our elections. Not only did Russia meddle in our elections, they're doing it around the world. ... Russia is trying to undermine democracy itself."