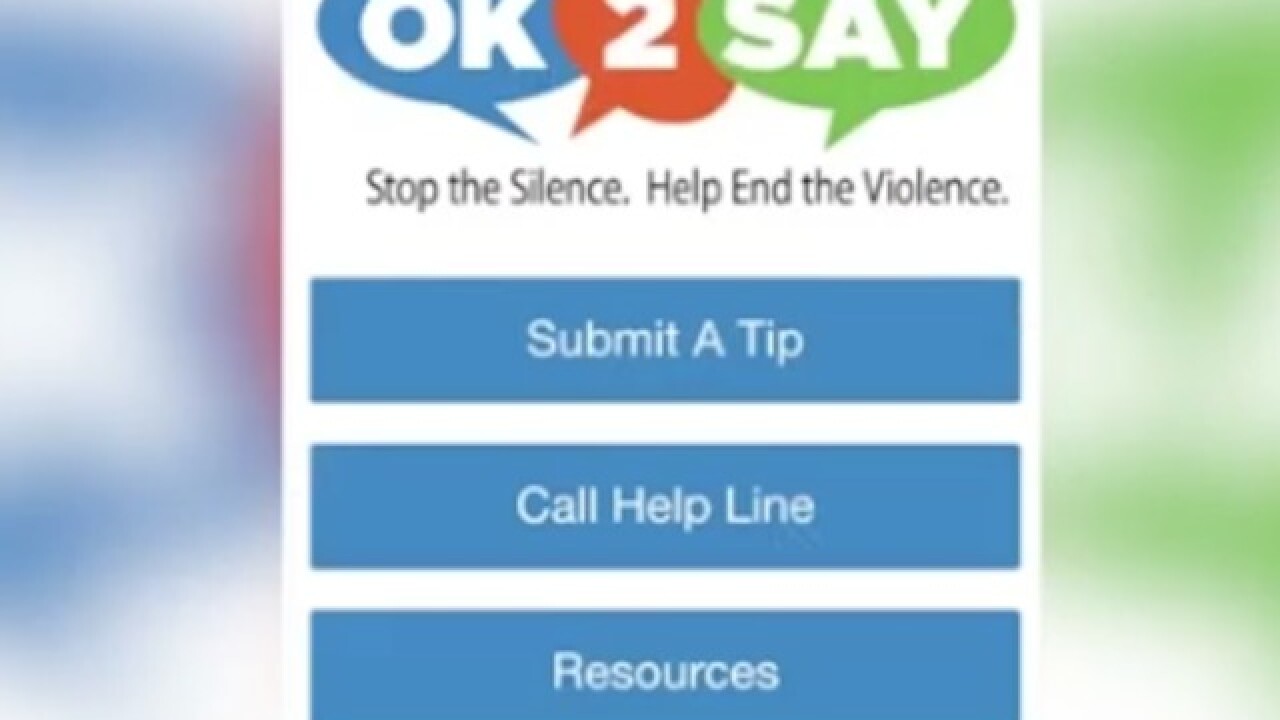 A 14-year-old student at Anchor Bay High School in Fair Haven, Michigan was suspended and then faced expulsion after reporting a possible threat to the app OK2SAY.

The teen's 10-day suspension ended on Monday night, with an expulsion hearing in front of the school board.

Dozens of supporters showed up with signs.

The hearing lasted nearly six hours, with attorneys on both sides questioning school administrators, the school resource officer and the boy's parents.

The ninth-grader used the app to anonymously report that he overheard someone saying they were going to shoot up the school.

The FBI was able to identify the teen, according to attorney Calvin Luker who now represents the teen's family as they fight to stop the school board from expelling him.

While Joseph McDonald, principal of Anchor Bay High School, said he cannot comment on a student's discipline, he said, in general, action can be taken against a student who knowingly reports false information.

The teen has not been charged with any crime, and Saint Clair County Sheriff investigators say there was not enough evidence to obtain charges against the person who reportedly made the threat.

Luker said the teen thought he was doing the right thing by reporting what he overheard, but instead of being praised for his bravery, the teen was suspended for ten days.

The school board unanimously decided to dismiss the expulsion, but recommended law enforcement review the original threat.