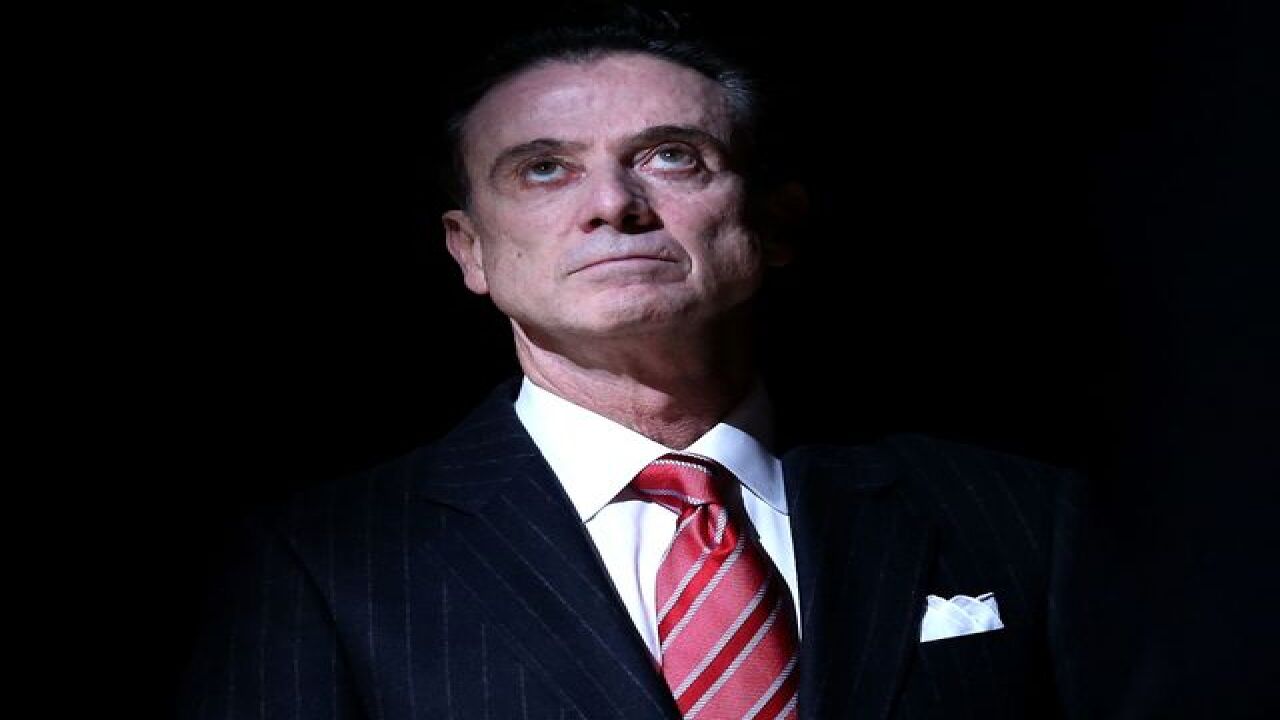 LOUISVILLE, Ky. -- Former University of Louisville basketball coach Rick Pitino, who was  ousted  Monday from the position he held for 16 years after he was linked to a federal corruption probe, claimed Tuesday in a lawsuit that he had no knowledge of illegal payments made by Adidas to a Louisville recruit.

"The lawsuit is about more than just money," attorney Steve Pence wrote in the complaint. "It is Coach Pitino's vehicle for proving that he had nothing to do with Adidas' outrageous, wrongful, and illegal conspiracy."

Pitino's complaint alleges Adidas "outrageously conspired to funnel money to the family of a recruit of the University of Louisville men's basketball team" without Pitino's knowledge, sending approximately $100,000 to the unidentified recruit in an attempt to steer him toward signing with Louisville for college  and Adidas once he entered the NBA.

ESPN speculated Tuesday that the athlete in question was Brian Bowen, who committed to Louisville in June but was suspended indefinitely in September after the FBI arrested 10 men -- one of them an Adidas executive named in Pitino's suit -- in connection with its investigation into corruption in college basketball.

Although most college basketball programs do -- and Louisville did -- make lucrative sponsorship deals with athletic apparel and equipment manufacturers such as Nike and Adidas, it is illegal for college athletes to receive direct financial or physical compensation for their participation in athletics. Much of the money from the university's old deal with Adidas was in fact pocketed by Pitino himself, according to ESPN.

The bribery, the complaint continues, was performed with the full awareness that its discovery would damage the reputation of Louisville basketball as well as Pitino himself.

Thanks to what the Associated Press called "a series of highly embarrassing missteps off the court" the program's image was already bruised from previous blows before links to the corruption probe emerged. According to the complaint, Adidas knew its actions would negatively impact Pitino's already-endangered personal and professional reputation even as it kept him in the dark.

Pitino claims the result was his unjust firing for conspiracy of which he had no knowledge and to which he never contributed.

"In the weeks since Adidas' actions … (have) become public, Coach Pitino has been vilified, ridiculed, and criticized in the local and national media, on social media, and in public and private communications," the complaint reads. "It has been difficult and painful for Coach Pitino and his family to appear in public anywhere, especially in Louisville, where they lived."

The suit requests a full jury trial, a judgment against Adidas for "the tort of outrage," and an award of compensatory and punitive damages to Pitino.

A spokesperson for Adidas told ESPN in a statement: "Mr. Pitino's lawsuit is clearly a reaction to his termination yesterday and is without merit."