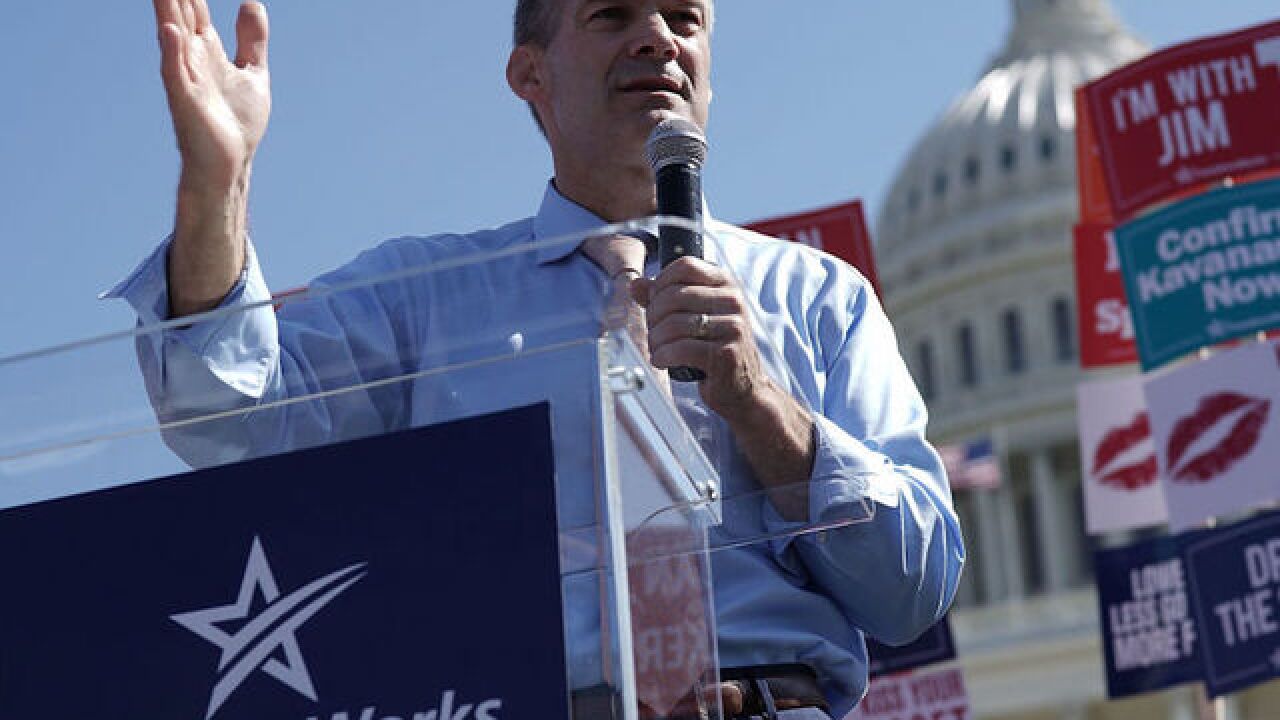 Image copyright 2018 Getty Images. All rights reserved. This material may not be published, broadcast, rewritten, or redistributed.
Alex Wong
<p> U.S. Rep. Jim Jordan (R-OH) speaks during a rally hosted by FreedomWorks September 26, 2018 at the West Lawn of the Capitol in Washington, DC. </p>

As Republicans absorb the shock of losing the House of Representatives, the GOP leadership race in the chamber is ramping up to determine who will take over the position of No. 1 House Republican after outgoing House Speaker Paul Ryan leaves.

Rep. Jim Jordan, the co-founder of the conservative House Freedom Caucus, announced a bid for minority leader on Wednesday, setting up a challenge to Rep. Kevin McCarthy, the current No. 2 Republican and House majority leader, who is viewed as the favorite to succeed Ryan.

"I think we have to match the President's intensity on changing this town as we move forward," Jordan told CNN on Wednesday when asked about his bid for minority leader and a challenge to McCarthy.

Asked about how House Republicans can counter a Democratic majority pursuing oversight of the President and the administration, Jordan said, "You stand up for the truth. You stand up and defend the White House and the President." He added that Republicans will have to "show the American people the difference in where we would like to take the country and earn back their trust and earn back the majority."

According to a source familiar with his plans, Jordan is expected to make the pitch that Republicans would need a fierce attack dog as minority leader to fight against Democrat oversight efforts, and Jordan has already proven he has a loud and aggressive bark.

House Republicans are set to hold their leadership elections on Wednesday of next week, a day after they return to Washington.

McCarthy has yet to formally announce his own bid for minority leader. Jordan, meanwhile, is viewed as a long shot for the House GOP leadership post.

It's unclear yet if House Majority Whip Steve Scalise could also mount a bid for minority leader.

Scalise has said that he would not challenge McCarthy in a race for speaker, but when asked recently whether he would challenge the current No. 2 Republican in a race for minority leader if Republicans lost the House, he declined to speculate on the hypothetical.

"I've never been in the speculation game," Scalise told Roll Call, adding, "when Paul said he was going to step down — I said I'd support Kevin. And I haven't talked about all the things that might happen and what I might run for."

With House Republicans in the minority, there may be a match-up between Rep. Cathy McMorris Rodgers and Rep. Liz Cheney for the position of GOP conference chair. McMorris Rodgers currently holds that position, but Cheney on Wednesday formally announced her candidacy for the spot in the next Congress.

"I am asking for your support to be House Republican Conference Chair because I know we can and must prevail, and I want to lead the effort to build a new and effective House GOP communications operation," Cheney wrote in a letter to members on Wednesday.

McMorris Rodgers has not yet announced what she plans to do.

Walker was contacting his colleagues Wednesday morning and letting them know he is running, according to his spokesman, Jack Minor.