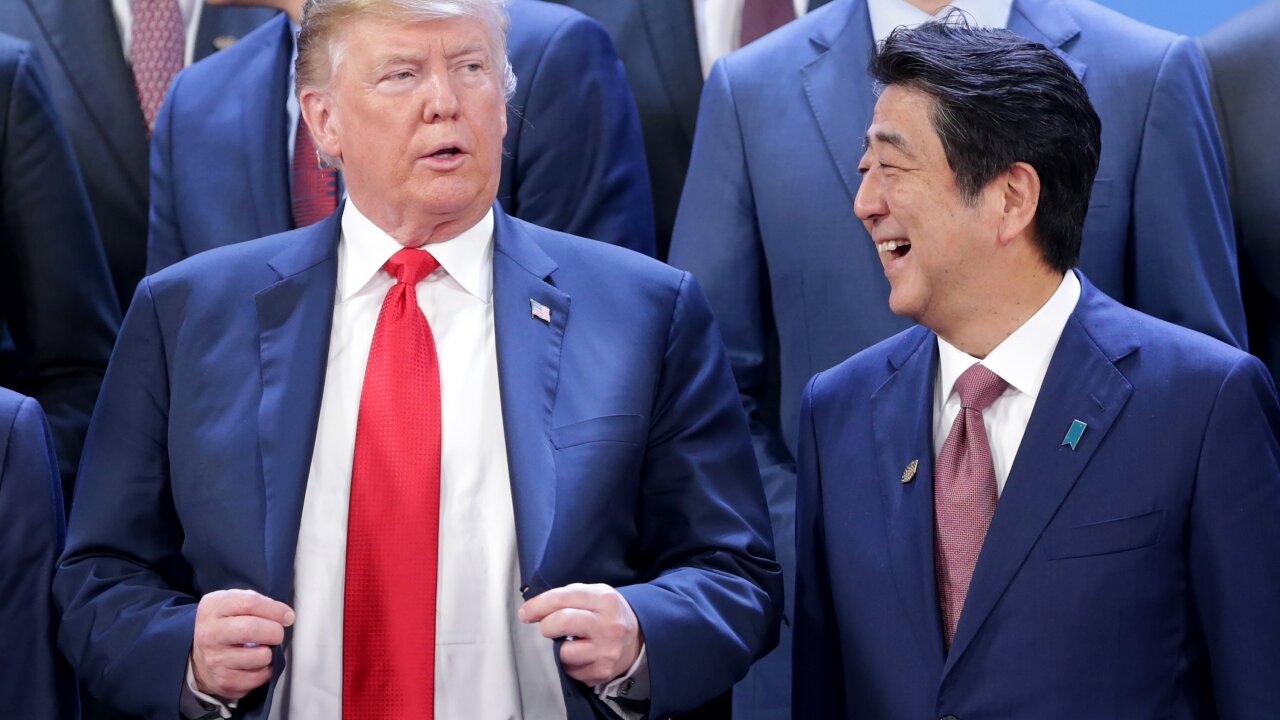 (CNN) -- Japanese Prime Minister Shinzo Abe has refused to deny that he nominated US President Donald Trump for the Nobel Peace Prize for his efforts in helping to ease tensions with North Korea.

Speaking in the lower house of parliament Monday, Abe pointedly declined to comment on Trump's claim last week that he had submitted the nomination to the Nobel committee.

"I'm not saying that it is not the fact," Abe said, adding that the US President had been working to curb North Korea's nuclear and missile development, and that he "highly" appreciated his leadership.

"I'll continue to (offer) my utmost cooperation to President Trump to solve the North Korean nuclear and missile issues and the abduction issue, which is the most important ... for Japan," said Abe.

"With that in mind, as for the Nobel Peace Prize, the Nobel Committee has decided not to disclose nominators and nominees for 50 years. I would like to refrain from commenting on it, based on that fact."

Abe's comments follow a report in the Asahi Shimbun newspaper on Sunday, alleging the Japanese leader made the recommendation after the US government "informally" sought his support for the prestigious award in the wake of the historic US-North Korean summit in Singapore last June.

A second summit between Trump and North Korean leader Kim Jong Un is scheduled to be held on February 27 and 28 in the Vietnamese capital of Hanoi.

The White House did not respond to a request for comment on the Asahi report.

'The most beautiful letter'

Trump said on Friday that Abe had made the nomination and had given him a copy of the five-page letter he had sent to the Nobel nominating committee in Oslo.

"Prime Minister Abe of Japan gave me the most beautiful copy of a letter that he sent to the people who give out a thing called the Nobel Prize,' Trump said.

"He said 'I have nominated you, respectfully, on behalf of Japan. I am asking them to give you the Nobel Peace Prize," added Trump.

"You know why? Because he had rocket ships and he had missiles flying over Japan," Trump said. "They feel safe. I did that."

Nominations for the prize must be received by February 1. There are 304 candidates for the Nobel Peace Prize for 2019, the highest number ever, according to the organization.

Abe has been one of Trump's most stalwart allies in the two years since he took office, and was the first world leader to meet the newly inaugurated President.

In the weeks and months surrounding the first summit, Trump made frequent references to the Nobel peace prize, saying in May last year that "everyone thinks" he deserves it.

Last year, House Republicans nominated him for the annually presented prize, and the crowd at at least one of his rallies broke into a chant of "Nobel prize." However, the notion was also widely mocked.

South Korean President Moon Jae-in also suggested at the time that the US leader would be a worthy recipient. But a presidential spokesperson said Monday that Moon had not nominated him, nor had any plan to personally nominate Trump in the future.

However, the spokesperson said that Moon "thinks that President Trump is more than eligible for the Nobel Peace Prize" because of his contribution to bringing peace to the Korean peninsula.

Nobel prizes are usually announced in October but awarded annually on December 10, the anniversary of the death of Alfred Nobel, who gives his name to the awards.

If Trump were indeed nominated by Abe and went on to win the award, he'd be the fifth American president to do so. The award was presented to his predecessor, Barack Obama, in 2009, shortly after he took office.

For over a year, both Koreas and the US have worked toward a policy of rapprochement, which culminated in the June meeting between Trump and North Korean leader Kim Jong Un.

While no binding agreements were signed at the time, Pyongyang has refrained from conducting additional missile or nuclear tests since the push toward denuclearizing the peninsula began with a conciliatory New Year's speech by Kim at the start of 2018.

In his announcement Friday, Trump once again cited progress he has made with North Korea, pointing to the lack of nuclear and missile testing and the "very good relationship" he has forged with Kim.

However, Pyongyang continues to develop its nuclear program despite the lack of testing and has yet to take concrete, verifiable steps toward denuclearization.