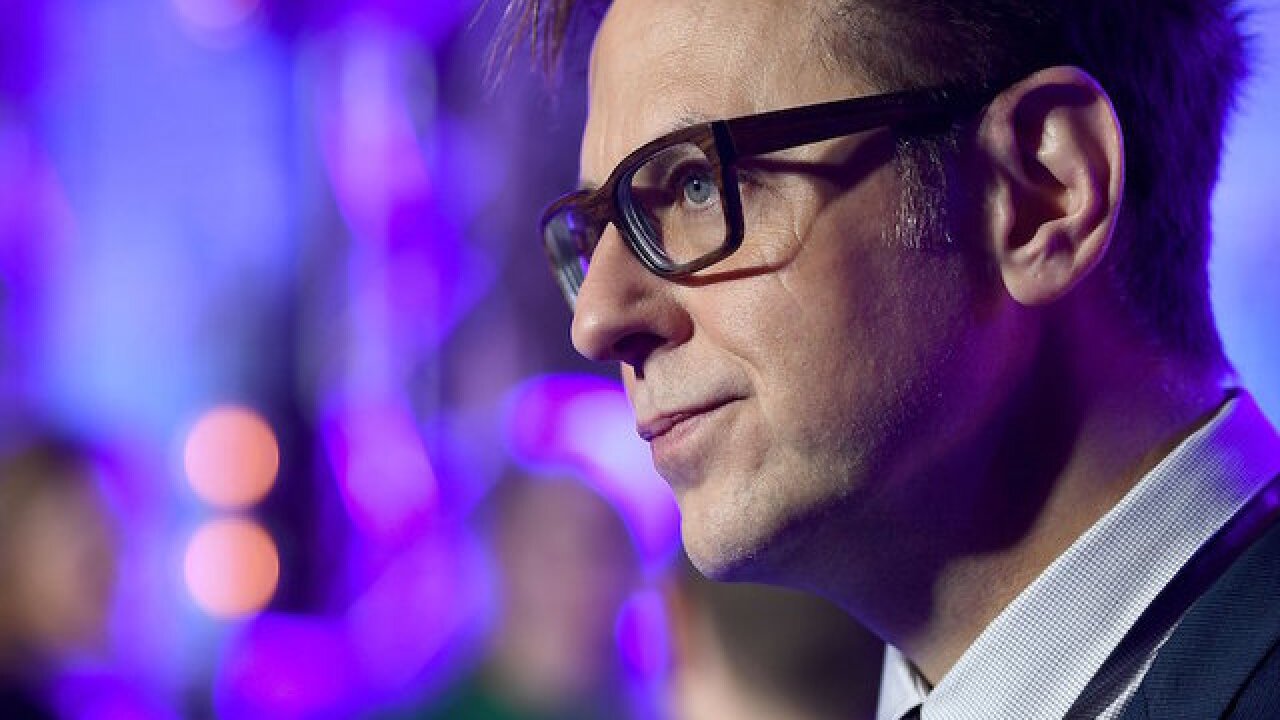 Disney has parted ways with director James Gunn after a number of what the studio called "indefensible" tweets he wrote years ago resurfaced.

"The offensive attitudes and statements discovered on James' Twitter feed are indefensible and inconsistent with our studio's values, and we have severed our business relationship with him," Alan Horn, chairman of The Walt Disney Studios, said in a statement obtained by CNN.

Gunn had come under fire in recent days after his comments, which made references to pedophilia and molestation, came to light.

On Thursday, Gunn acknowledged the attention his previous social media comments were getting in a series of tweets.

"Many people who have followed my career know when I started, I viewed myself as a provocateur, making movies and telling jokes that were outrageous and taboo. As I have discussed publicly many times, as I've developed as a person, so has my work and my humor," he wrote. "It's not to say I'm better, but I am very, very different than I was a few years ago; today I try to root my work in love and connection and less in anger. My days saying something just because it's shocking and trying to get a reaction are over."

He added: "For the record, when I made these shocking jokes, I wasn't living them out. I know this is a weird statement to make, and seems obvious, but, still, here I am, saying it."

A representative for Gunn has not returned CNN's request for further comment.

After working in low-budget filmmaking (including a stint at Troma Studios), Gunn made his directing debut in 2006 with "Slither," followed by the superhero spoof, "Super."

He was considered a somewhat unorthodox choice when Marvel tapped him to direct "Guardians of the Galaxy," but the movie garnered critical acclaim and became a major hit. The movie and its sequel -- which he also wrote and directed -- have grossed more than $1.6 billion worldwide.

In addition to the third "Guardians," it was announced last year that Gunn was working on a revival of the TV show "Starsky and Hutch" for Amazon.

As recently as last week, Gunn had been teasing other future projects, including an announcement set to be made at the same time as the Sony Pictures panel on Friday evening at San Diego Comic-Con on the convention's biggest stage -- Hall H.

Cryptically, Gunn wrote in a Facebook post that the announcement would be "something dark, sweet, and special."

A studio insider told CNN that Gunn was not expected to be part of the panel as of Friday afternoon.