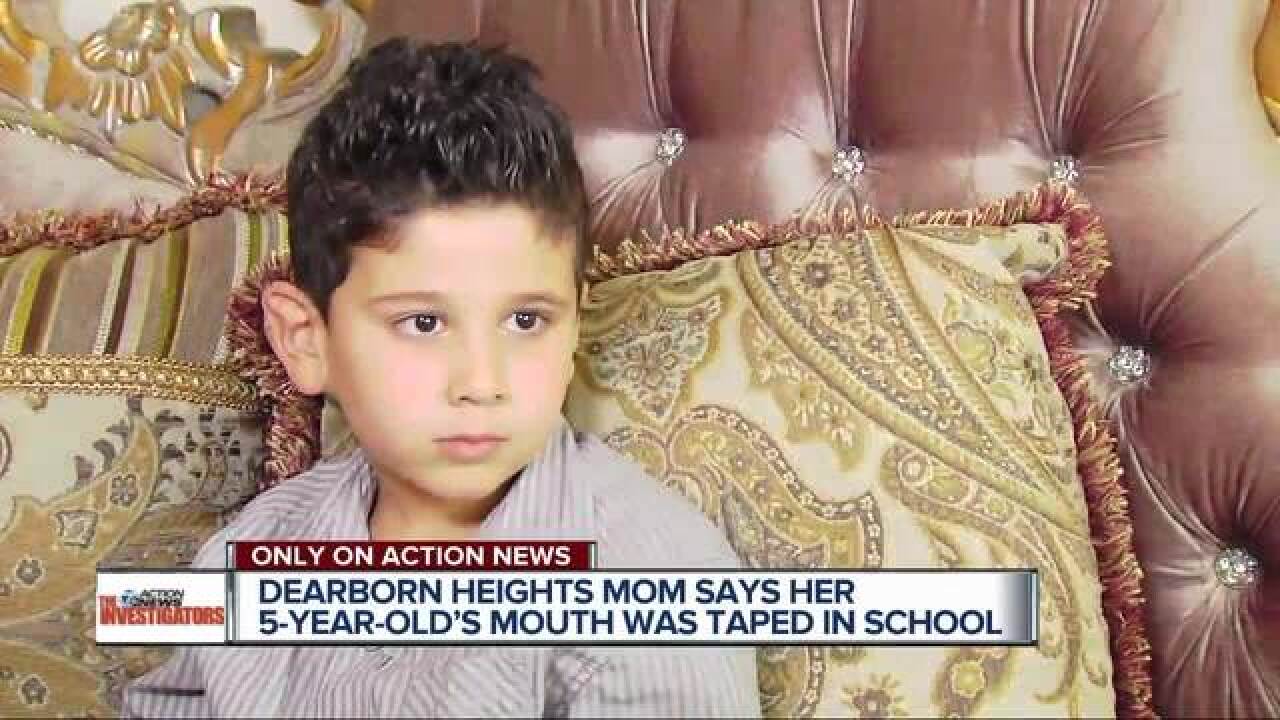 A family is furious with a Dearborn Heights, Michigan elementary school after they say their 5-year-old son was assaulted and humiliated in front of his class.

It was during Abdul Dannaoui’s lunch hour during preschool, that he says two teachers left him hungry, and barely breathing.

“She put the scotch tape on my mouth” says Abdul.

The straight “A” student says back on March 26th at Highview Elementary School, not one, but two teachers were having a laugh at his expense and then trying to cover it up.

“They said don’t tell your mom or dad, or no one” Abdul said. But, he told his mother how as many as 10 times he was prevented from eating in the same way, during snack time and lunch.

He also said his food was thrown out.

“I’m emotionally heartbroken. Disappointed. That’s his second home. That’s how they treat a child with asthma?” his mother Hoda asked.

Attorney Nabih Ayad said the family filed a police report and is pursuing legal action against the school district that they say failed to address the situation with adequate discipline and transparency.

“It’s outrageous. It’s absurd. You think you send your kid to a place or school, where he would be safe,” Ayad said.

Ayad also said the district still employs one of the teachers involved, placing other students at risk for similar attacks.

“One of the teachers was discharged. But, they kept the other teacher who said don’t tell your mom or dad, and even gave him a bracelet to entice him not to tell anyone” Ayad added.

Scripps station WXYZ in Detroit tried numerous times to reach the school district since Thursday, but they haven’t returned calls.

WXYZ will be reaching out to them again in the morning. In the meantime, Abdul’s parents are relocating him to another school.