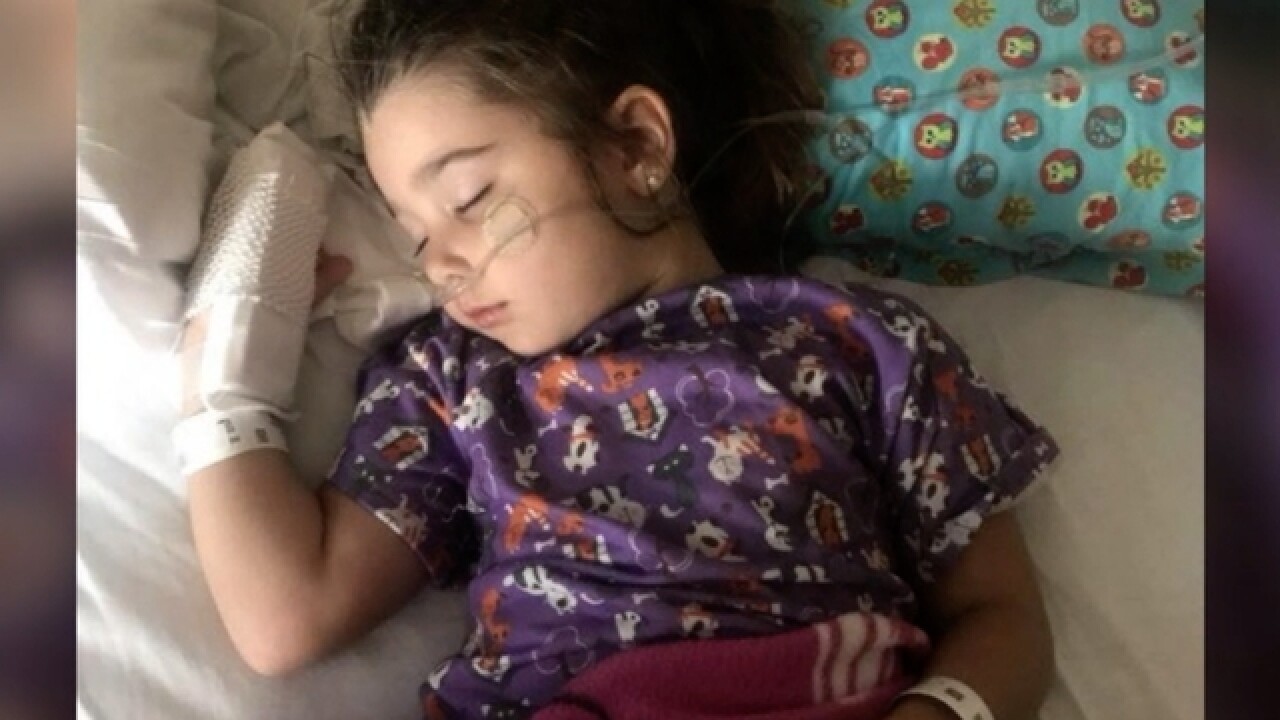 Copyright 2018 Scripps Media, Inc. All rights reserved. This material may not be published, broadcast, rewritten, or redistributed.
Lacey Grace

SARASOTA, Fla. -- A Florida family is relieved their 4-year-old daughter is still alive days after she swallowed water in the family's swimming pool while playing with a pool noodle.

Elianna Grace has been fighting an infection ever since.

"Were you scared?" Lacey Grace asked her daughter. "No, she wasn’t scared she was super, super, super brave!"

Even after Elianna was hooked up to IVs, oxygen tanks and a nebulizer this week, fighting an infection caused by the chemicals in her family pool.

"It was just a fun game. You know, when somebody would go by her or swim by her she would take the noodle and pretend like she wasn’t looking and she would shoot water at them," said Grace. "Then somebody wanted to do it back to her and didn’t realize that she was already on the other end of it."

Water was blown down her throat. She threw it up right away and started acting normal.

"I wouldn’t have known about it if that one person didn’t write that story," said Grace, referring to the story about a 4-year-old Texas boy who died last year after dry drowning .

Lacey recalled that article right after the incident. Two days later, Elianna developed a fever and by the next day her skin had turned purple. She knew something was wrong.

"I called my husband and I was crying and I said you know they said to get her to the nearest ER as quick as you can," said Grace.

The water at some point seeped into Elianna's lungs and she was slowly dry drowning. Grace says because of this little boy's parents and their story, her daughter is alive.

"Being a mom is hard work, but I read every article I can as much as I can about being a parent just to be ready if something like this happens," Grace said.

She encourages other parents to do the same.