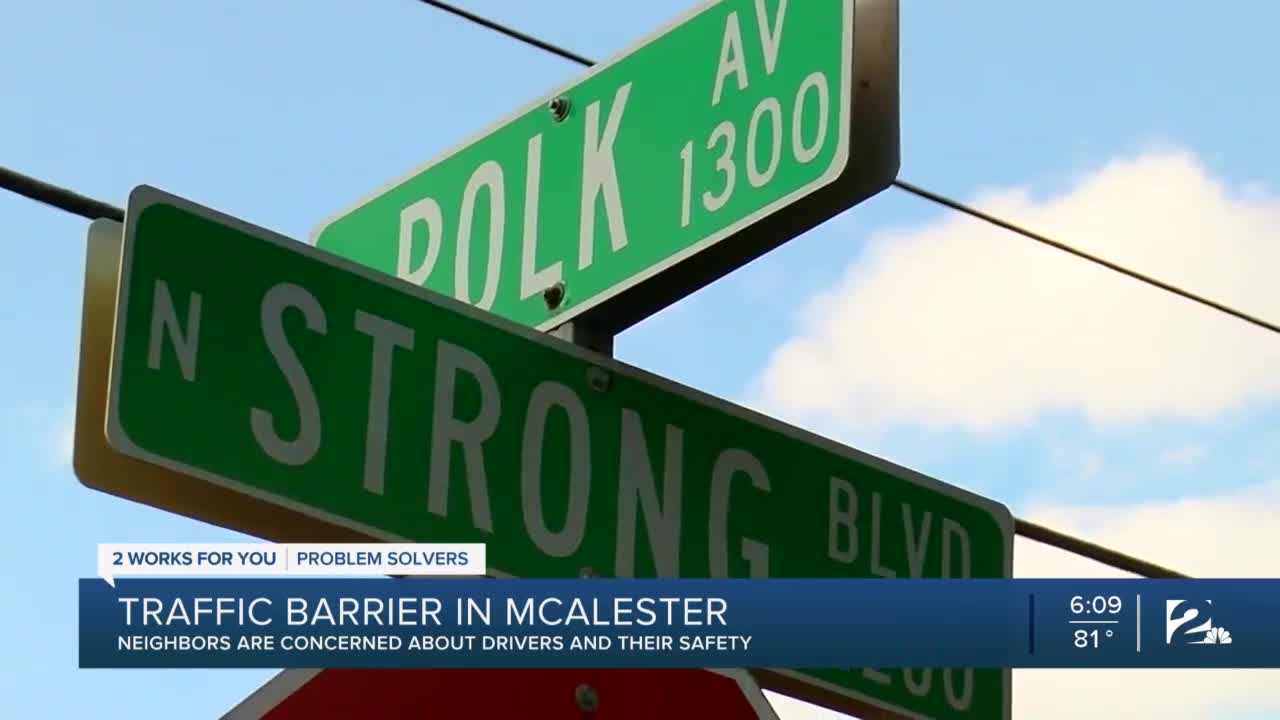 MCALESTER, Okla. — Several residents in McAlester said a traffic barrier put up by the city is a nuisance.

Stella Davis has health issues and said it blocks her from getting to the hospital quickly.

“We need to turn left to get to our doctors appointments," Davis said.

Since the barrier was installed two weeks ago, Davis can no longer turn left because now it is illegal.

Bobby Lawson had a similar concern.

“If I’m coming from the north and I want to turn in to my street, I can’t because I can’t make a left hand turn," Lawson said.

The city manager of McAlester Paul Stasiak said the barrier was installed to protect the students of McAlester High School who travel the street.

“We put up the barriers and we’re causing everyone to have to make a right hand turn onto Strong because of safety,” Stasiak said.

However, Davis said the barrier is causing more danger than safety.