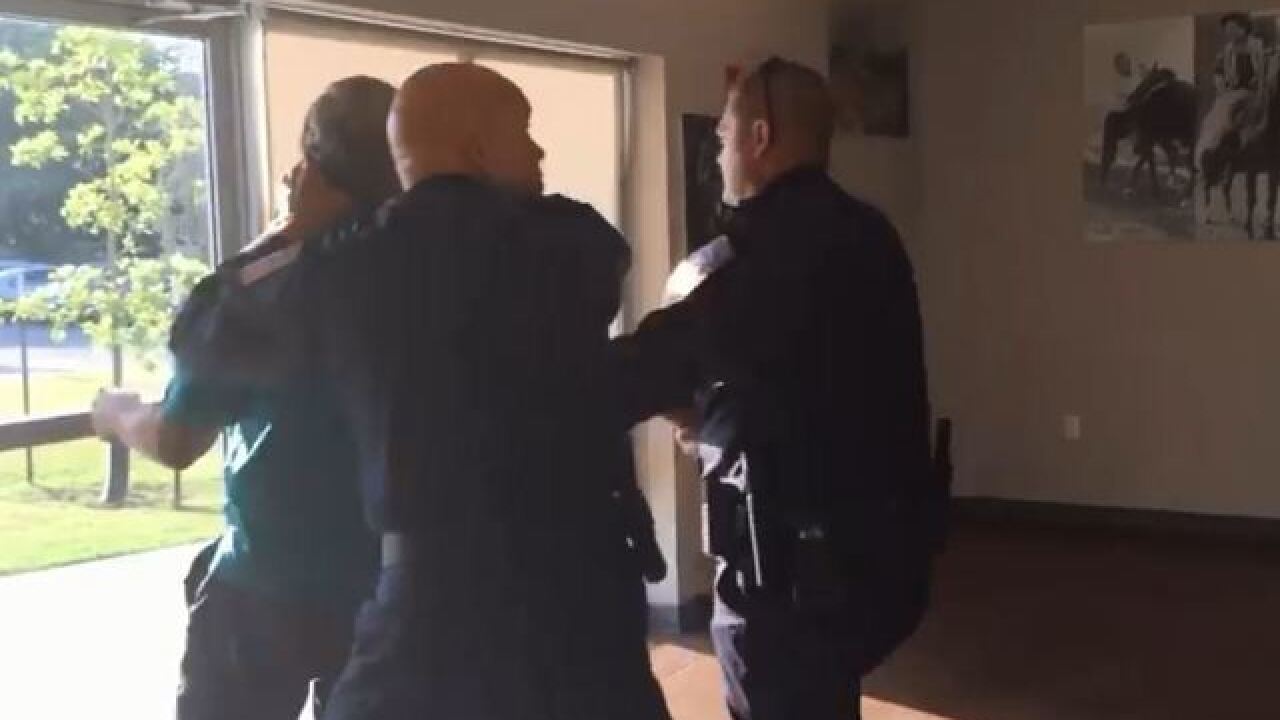 ROGERS COUNTY, Okla. -- The Rogers County District Attorney is recusing itself from an investigation into Sheriff Scott Walton.

Chip Paul, a marijuana advocate, is seeking criminal charges against the sheriff after he said he was forcibly removed from a medical marijuana meeting by the sheriff. Video shows Sheriff Scott Walton's hands around his neck.

Matt Ballard has asked the Oklahoma Attorney General's Office to assign another district attorney's office to the case.

The Office of the District Attorney's Office, District 12, released the following statement about the lawsuit:

"Due to the fact that District Attorneys serve as legal counsel for all elected officials in their district, Rogers County District Attorney Matt Ballard has notified the State Attorney General that his office will recuse itself from the matter.

The AG’s office will now assign another DA’s office in the state to review the report and consider whether a charge will be filed."

Chip Paul also filed a civil lawsuit in Rogers County District Court against Sheriff Scott Walton saying he saw the sheriff come towards him in "a harmful, menacing and offensive manner."

Paul is asking for $75,000 for alleged assault and battery at hands of Rogers County Sheriff's Office.