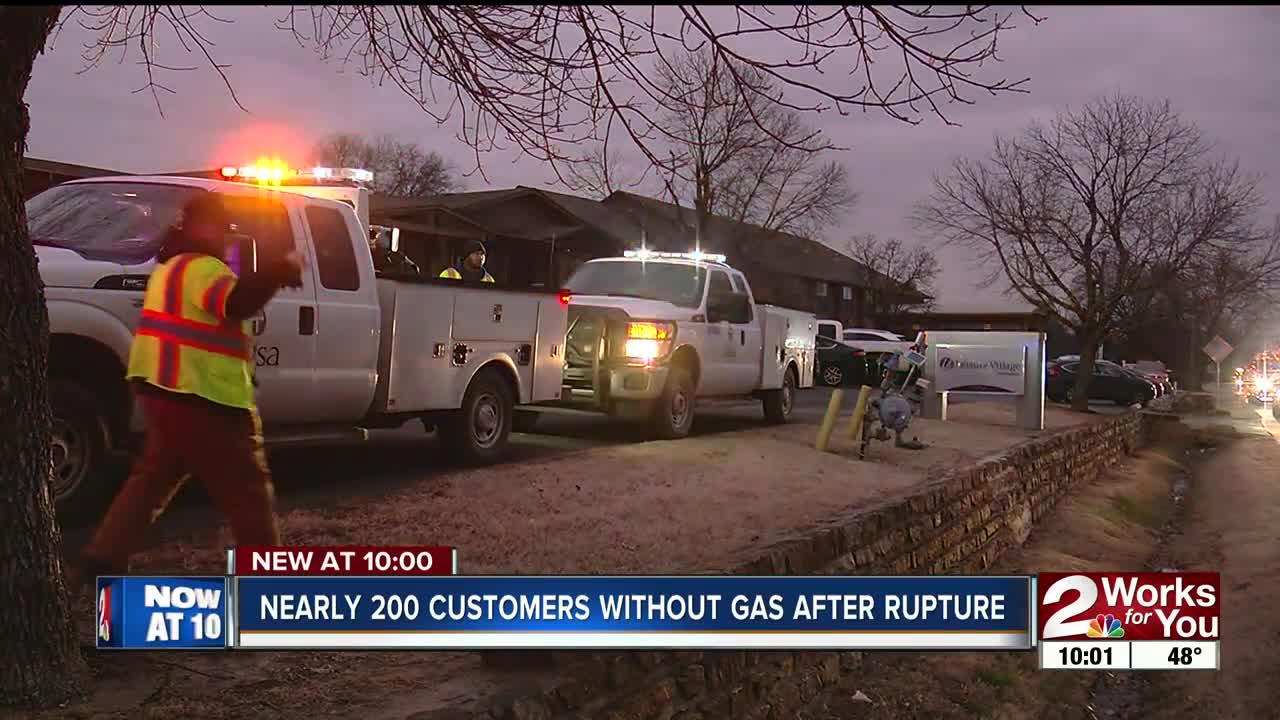 TULSA -- A spokesperson with Oklahoma Natural Gas says crews will be out this weekend restoring gas meters at the remaining 94 homes following the major gas line break at 21st and Memorial.

Neighbors described the sound as loud thunder, others said it sounded like an explosion. A day later, the community is trying to get back to normal after some were evacuated from the gas line break.

"I keep on thinking should I get a motel? How long is it going to take, because they didn’t have any idea," said Guadalupe Schmeling, who was evacuated from her home on Thursday.

More than 100 senior citizens are also back inside living facilities they were evacuated from last night.

Tulsa resident Darby Brown considers her and her grandmother lucky.

"A couple of minutes before it happened she was right there, and a couple of cars ahead of her the windows had blown out of the car," Brown.

Brown says she was stuck in traffic last night, concerned about the well being of her grandmother who lives near 16th and Memorial.

Additional ONG crews were called in to travel door to door and turn meters on properly. Many Tulsa residents were thankful that the situation could've been worse.

"I heard there’s still some people that don’t have gas, but I consider myself very blessed," said Schmeling.

ONG officials say crews will be out this weekend restoring the meters at the rest of the homes without gas.