Oklahoma per-student spending behind nearby states 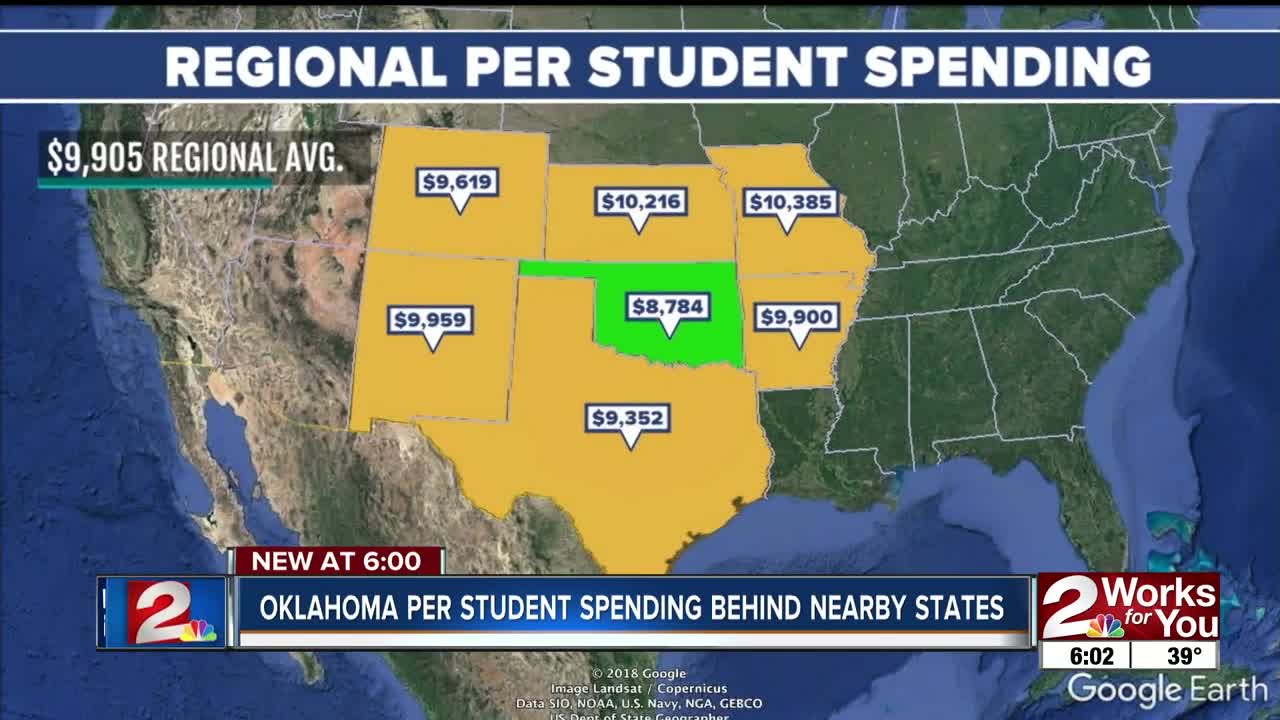 Oklahoma per-student spending behind nearby states

TULSA, OK (KJRH) — New numbers show Oklahoma continues to spend the least on education when compared to other states in the region.

The latest national comparison shows Oklahoma has one of the highest student-teacher ratios in the state; the Oklahoma State School Board Association reports nearly 5,000 fewer teachers than the regional average. New data shows Oklahoma has the lowest spending on education of any state in the region at more than $1,000 per student below the average of all other surrounding states.

Heather Cody teaches third grade at Mayo Demonstration School. She sees firsthand the effects of low funding, chief of all being fewer teachers in the classrooms.

OSSBA Executive Director Shawn Hime says he expects the per-student spending to climb, especially when adding in the $480 million increase in state funding not taken into account in the new data. He says the increase was a good step, but needs to be the first of many.

"We have more students in every class," Hime said. "It also means less technology, fewer counselors, nurses, social workers - people to help students so that everything doesn’t fall on the teachers’ shoulders.”

Hime says he's optimistic as Governor-Elect Kevin Stitt takes office, as Stitt has spoken about wanting Oklahoma to be a top-10 state in terms of education.