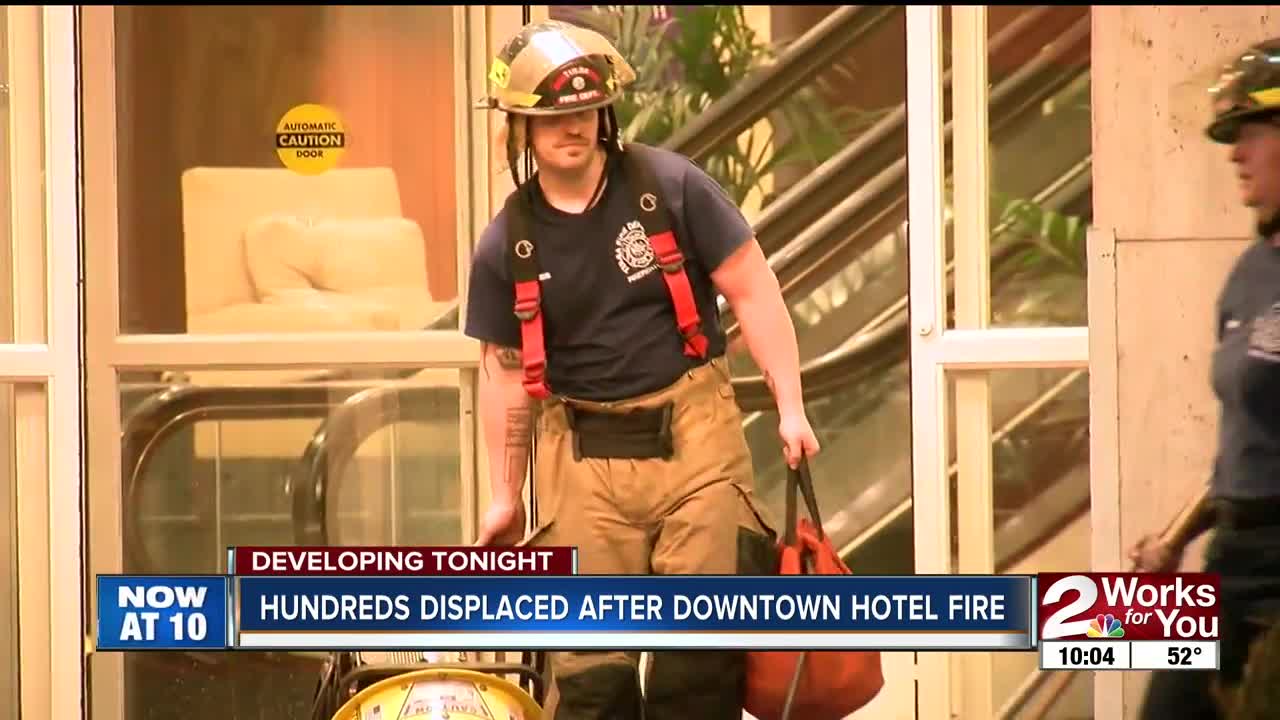 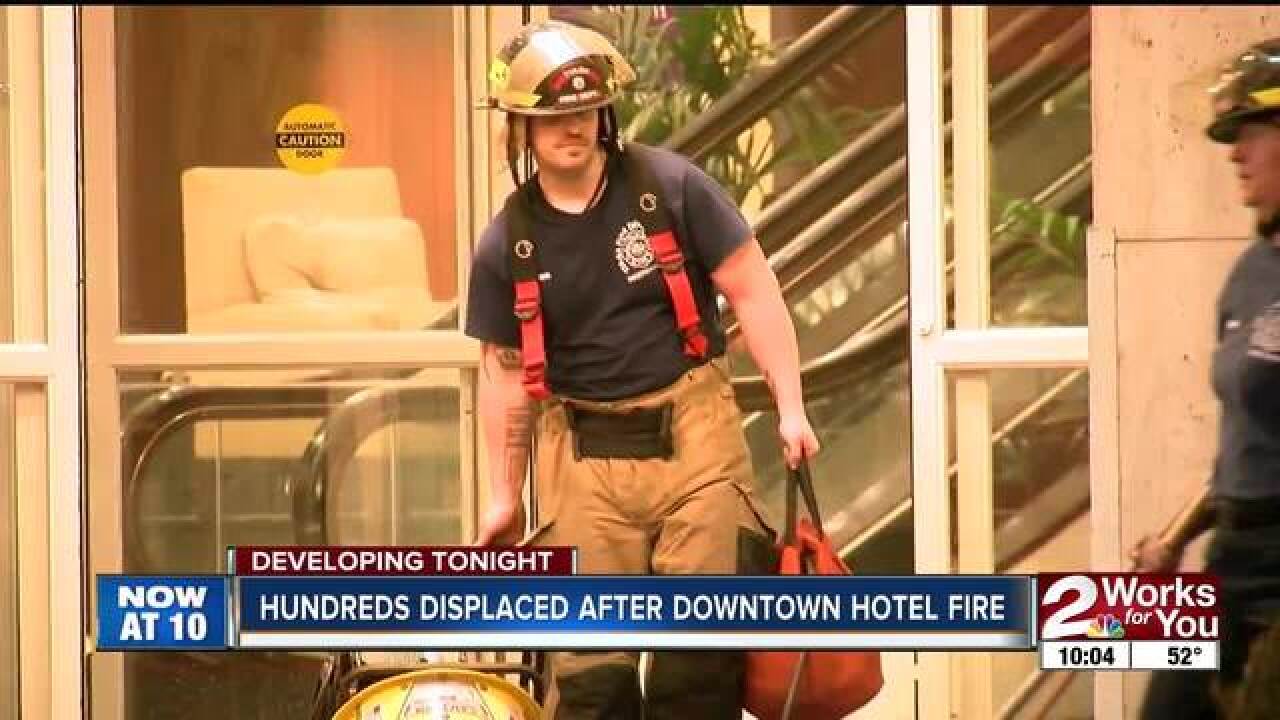 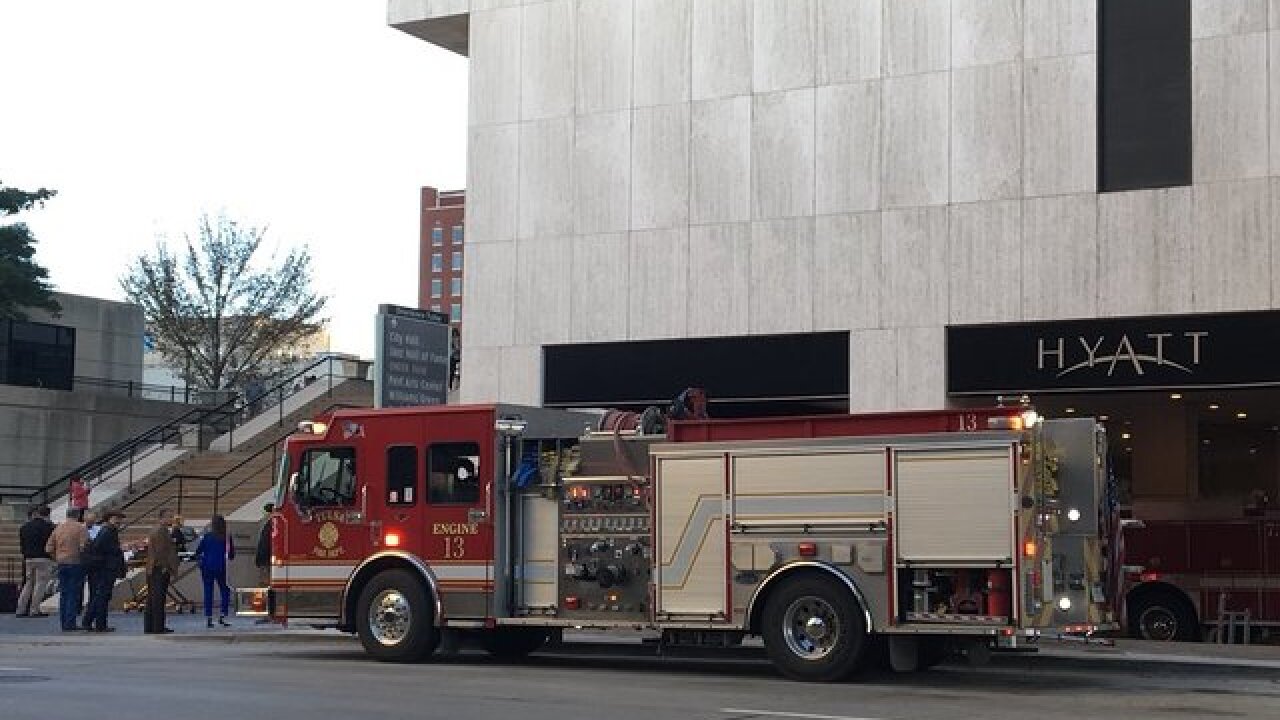 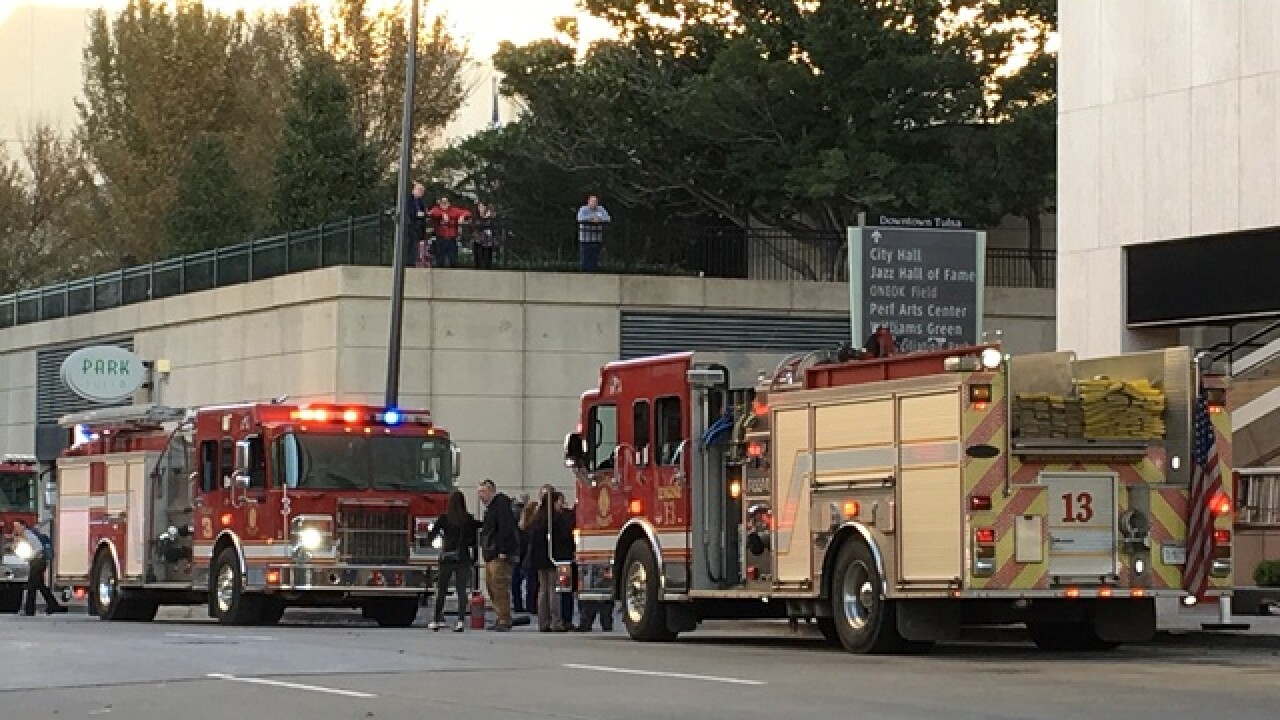 The Hyatt Regency in downtown Tulsa is closed after a fire on an escalator Friday afternoon, officials say.

The Hyatt is located at 100 E. Second Street. The hotel was evacuated while crews worked to put out the threat.

With a busy weekend in Tulsa for the Route 66 Marathon, the incident has displaced hundreds and not many vacancies near downtown and the race route remain. Guests tell us the Hyatt in Claremore has been recommended to them. Route 66 Marathon organizers say they are trying to help runners find accommodations.

Members of the Arabian Horse Association tell us they were inside a ballroom at the hotel when they were told to evacuate. They said they smelled smoke and saw haze from escalator. Sprinklers activated inside the building, witnesses say.

There have been no injuries reported at this time, according to TFD. A spokesperson said two people reported feeling sick but have refused treatment.

About 400 people were inside the hotel at the time of the fire.

Second Street was closed between Boulder and Cincinnati for a few hours but since has reopened.

A restoration crew is at the Hyatt to address the smoke and water damage.