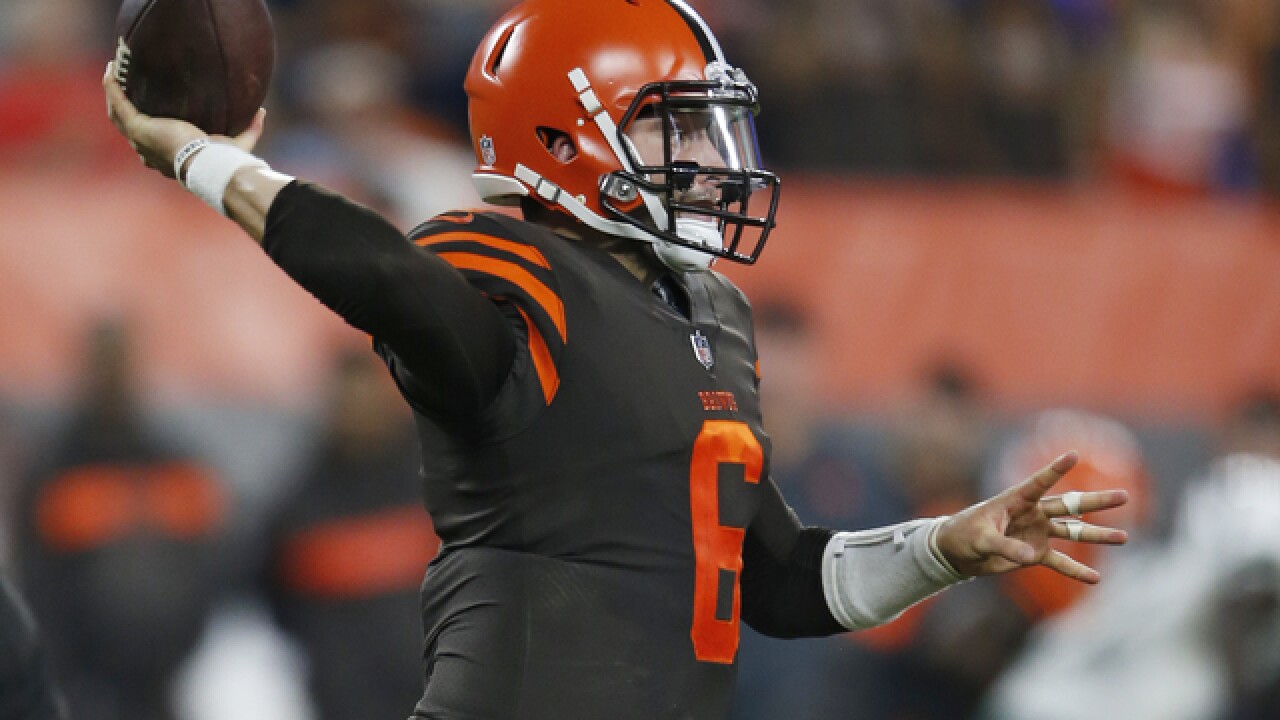 CLEVELAND (AP) -- The Baker Mayfield era has officially kicked off.

Mayfield was named the Browns' new starting quarterback on Monday, and the No. 1 pick will make his first start Sunday at Oakland.

Coach Hue Jackson made the move to replace Tyrod Taylor with Mayfield after the rookie led the Browns to a 21-17 come-from-behind win Thursday night over the New York Jets -- Cleveland's first win since 2016.

Under the national TV spotlight, Mayfield came in for an injured Taylor and showed poise during his pro debut. He made quick decisions and throws while completing 17 of 23 passes for 201 yards in just more than one half.

Taylor, who sustained a concussion, was starting because the Browns' plan was to have Mayfield watch and learn as a backup until he was ready.