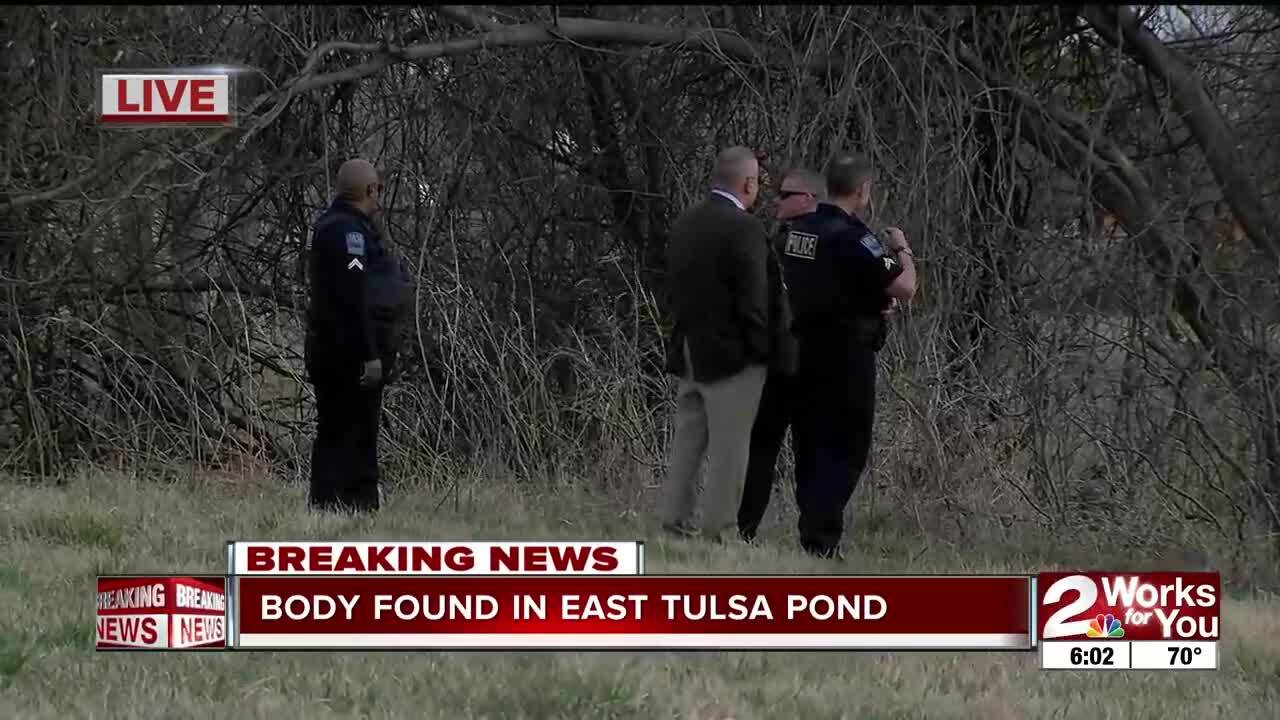 Tulsa police have confirmed a body was found in an east Tulsa pond on Tuesday afternoon.

TPD confirms the body was found facedown in a pond near 14700 East 33rd Street, while children were playing.

Tulsa Police say the body is of a black male they believe was a missing person from the same neighborhood.

They have not found evidence of foul play but it’s still under investigation.

Right now Tulsa Police are invesigating a body found near a pond on East 33rd. Neighbors say young boys found it while playing, but they can’t confirm gender or age at this point. pic.twitter.com/i1maiAY8xS