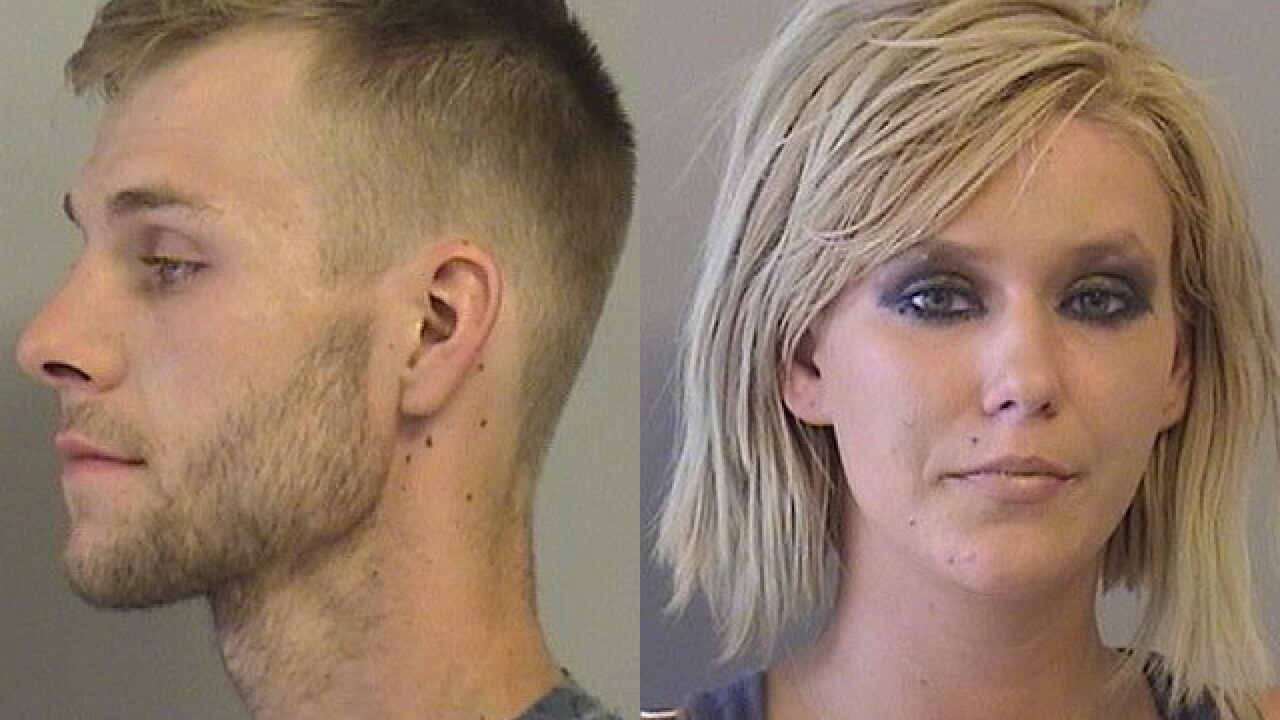 TULSA -- Two people were arrested on child neglect accusations after police say they were called to a Walmart parking lot, where a man was passed out behind the wheel of a running vehicle that was in reverse.

Police said when they arrived to the store at 207 South Memorial Drive on June 23, they found Caleb Weaver, 23, passed out in the vehicle while the car was in reverse.

There were two young children in the back seat of the vehicle.

Police said it took several moments to wake up Weaver, and when he woke, he had slurred speech, slow reaction and cotton mouth. Police say the children in the back seat had red faces that were hot to the touch.

Officers were placing Weaver under arrest when Chelby Weaver, 24, exited the store and walked up to the officers. Officers said she had similar slow reactions.

Both were charged with child neglect. Caleb Weaver was also charged with possession of marijuana in the presence of a minor.