'Super Worm Moon' to be visible on Monday night 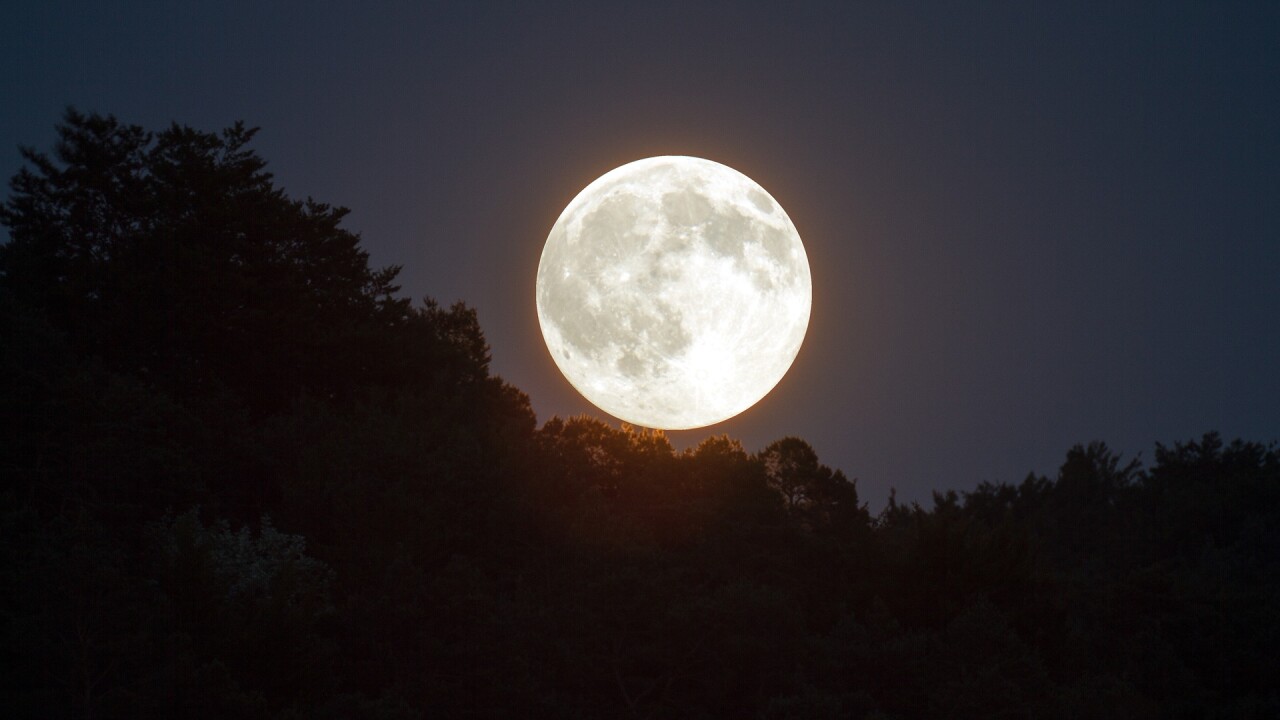 Astronomy fans will get a chance to catch the "Super Worm Moon" on Monday.

Monday's moon will be the final full moon of winter, and it will rise on March 9. The moon will appear slightly larger than all others throughout the season, according to Accuweather.

The Super Worm Moon is the second in a series of four straight months that include a "supermoon." Every full moon between February and May of this year is considered a "supermoon."

Supermoons are brighter and bigger than the average full moon. Accuweather warns that the difference is sometimes too small for most people to notice.

The Old Farmer's Almanac refers to March's full moon as the "Worm Moon." The name comes from when the ground begins to soften enough for earthworm casts to reappear — inviting robin and other birds to feed, a true sign of spring.

This story was originally published by KXXV in Waco, Texas.