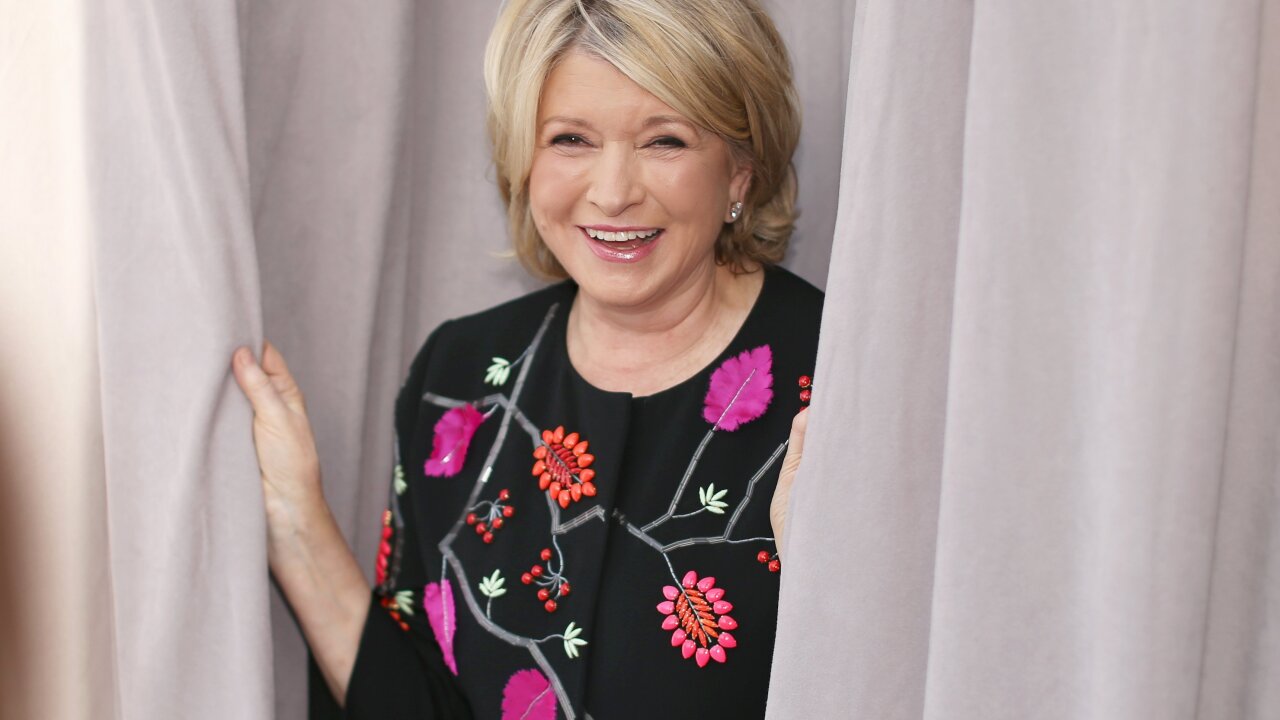 Stewart is joining the Canadian marijuana company Canopy Growth as an adviser to help develop products derived from cannabis for people and animals.

"I am delighted to establish this partnership with Canopy Growth and share with them the knowledge I have gained after years of experience in the subject of living," Stewart said in a release.

Canopy Growth, which is backed by a multi-billion dollar investment from Corona owner Constellation Brands, announced the deal Thursday with Sequential Brands Group, the consumer company that bought Martha Stewart Living Omnimedia in 2015.

"As soon as you hear the name Martha, you know exactly who we're talking about," said Canopy Growth co-CEO Bruce Linton. "Martha is one of a kind and I am so excited to be able to work alongside this icon to sharpen our CBD product offerings."

Shares of Sequential Brands Group, which also owns the Franklin Mint, the Jessica Simpson clothing brand and an Emeril Lagasse line of cookware, surged more than 30% on the Martha Stewart news — albeit to just under $1.60 a share. Canopy Growth's stock rose 4%.

Canopy Growth decided to make a big bet on hemp and CBD products following the passage of the farm bill in the United States at the end of last year, which legalized hemp production.

The company announced last month that it received a license from New York state — where Constellation Brands is based — to process and produce hemp. That will allow it to develop products that contain CBD, the non-psychoactive compound that some say helps reduce anxiety and stress. The CBD derived from hemp has extremely low levels of THC, the component of marijuana that gets you high.

The regulatory environment for CBD remains in flux, though. The Food and Drug Administration has approved one drug that contains CBD for the treatment of some seizures, but CBD largely remains federally prohibited. Some state laws allow for recreational marijuana and for CBD.

After the farm bill passed, the FDA said it would "continue to closely scrutinize products that could pose risks to consumers."

Canopy Growth intends to spend between $100 million and $150 million to help set up a so-called Hemp Industrial Park in upstate New York, an investment that Senator Chuck Schumer of New York, a Democrat, has said could create hundreds of jobs.

Canopy Growth's Tweed Inc. subsidiary struck a deal with Broadus in 2016 to market the Leafs by Snoop brand of cannabis products.