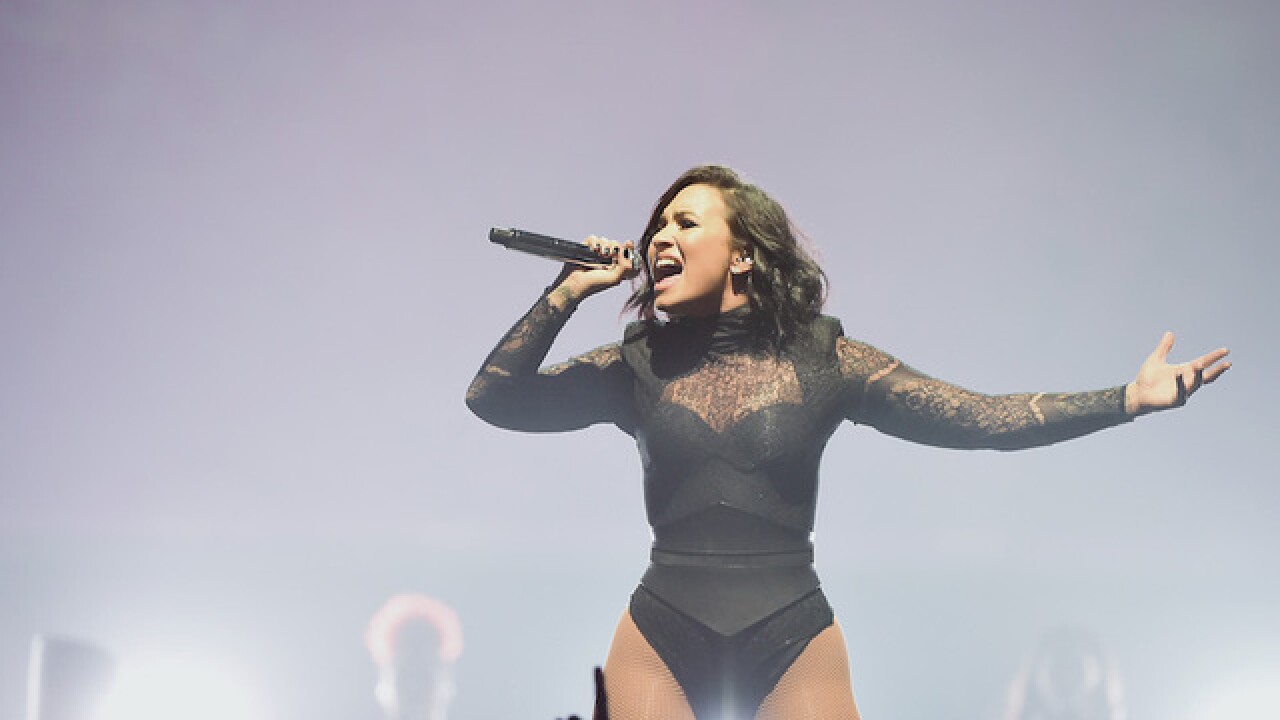 Nicholas Hunt
<p>Demi Lovato performs during the '2016 Honda Civic Tour Featuring Demi Lovato & Nick Jonas: Future Now' tour at the Barclays Center on July 8, 2016 in New York City. Lovato will be one of a number of high-profile celebrities expected to speak at the 2016 Democratic National Convention in Philadelphia.</p>

According to TMZ's report, a drug overdose was to blame, and that Lovato was given Narcan, a drug used to reverse the effects of opioid overdoses. The drug was reportedly administered at her Hollywood Hills home before being transported to the hospital.

NBC News reported that she was transported to Cedars Sinai Medical Center. A spokesperson for Lovato said, "Demi is awake and with her family who want to express thanks to everyone for the love, prayers and support."

Lovato was reportedly unconscious when paramedics arrived at her home.

"Just officially turned 6 years sober. So grateful for another year of joy, health and happiness. It IS possible," Lovato tweeted.

But just months later, Lovato released "Sober" as a single, opening up about her personal battle with substance abuse. In the opening chorus of the song released in June, Lovato sings, "Mommy, I'm so sorry I'm not sober anymore, and daddy please forgive me for the drinks spilled on the floor."

As soon as Tuesday's news broke, fellow entertainers offered their support for Lovato.

"I love @ddlovato so much. It breaks my heart that she is going through this. She is a light in this world, and I am sending my love to her and her family," comedian Ellen DeGeneres said in a tweet.

"[I] love u @ddlovato" said singer Ariana Grande in a tweet.

Lovato was scheduled to perform in Atlantic City, New Jersey on Thursday. The concert has been postponed.