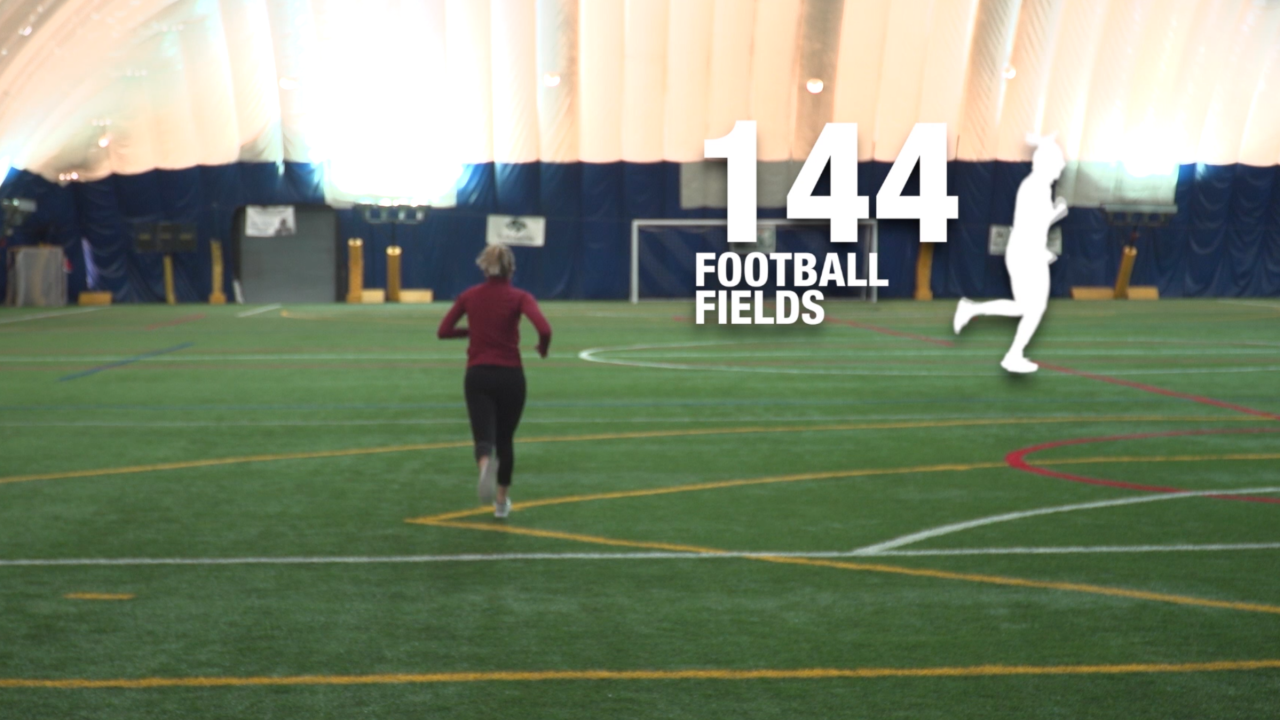 Americans love to indulge in the food at Super Bowl parties. However, a lot of it can be packed with calories.

Here’s what it’ll take to burn off some of the most popular foods on game day.

Let's start with pizza, which is a food found at most Super Bowl parties. If you plan to eat three slices, it’ll take you running the length of 144 football fields to burn it off.

As an alternative, opt for a thin crust pizza with veggies.

KFC sees a lot of take-out orders on Super Bowl Sunday. Two pieces of fried chicken can amount to more than 1,000 calories. You’ll need to do 957 touchdown dances to burn that off.

Fit tip: instead of frying chicken, bake it instead.

Can we all agree that chips are one of the most addicting foods at a party? Well, in order to burn off just two handfuls of potato chips, you'll need to do 30 minutes of exercise. Limit yourself to a handful, and not the entire bag.

And to a popular go-to for the Super Bowl—beer!

If you plan on putting back four cold ones, you'll need to start the wave at your party and do it nearly 3,000 times to burn off.

Fit tip: go for a light beer instead, and make sure you don't drive home.