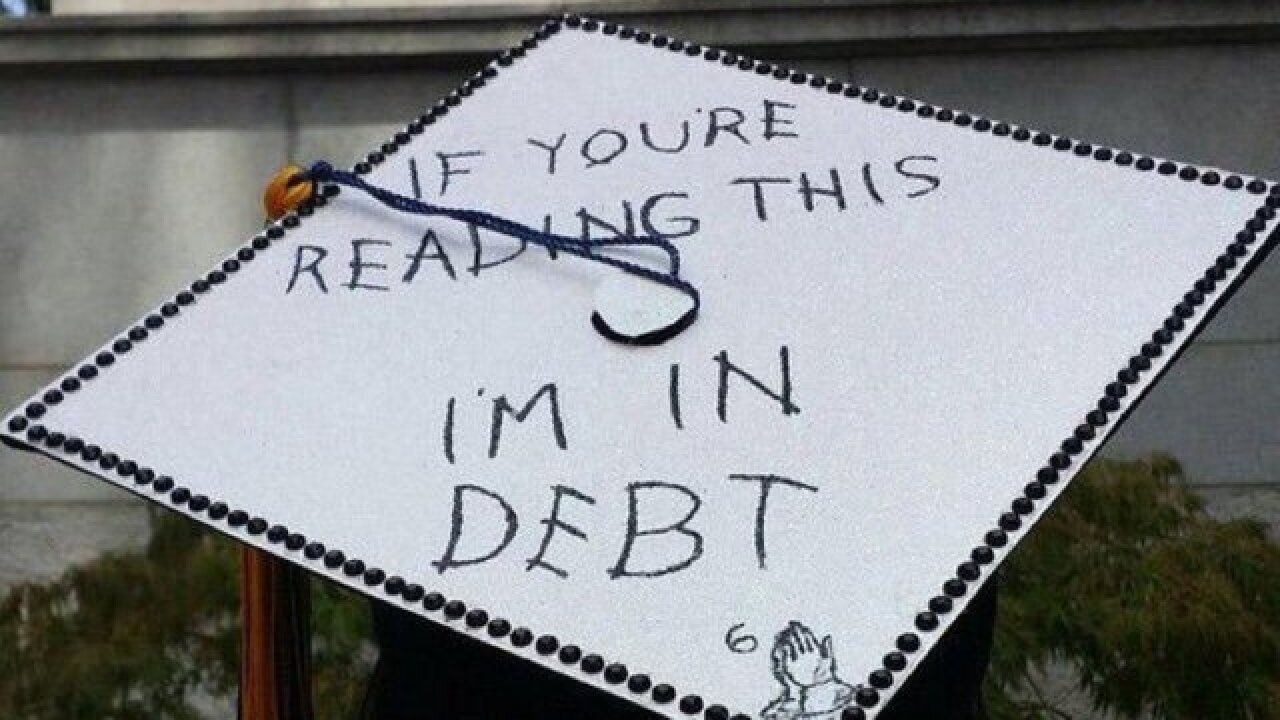 Federal and state officials have launched the first national crackdown on companies that they say gouge student loan borrowers, accusing them of taking more than $95 million in illegal fees in recent years and falsely promising debt relief.

The Federal Trade Commission, 11 states and the District of Columbia announced Fridaythey had filed 36 suits and other legal actions against companies accused of scamming student loan holders.

More actions are coming, authorities say. Prosecutors are targeting a growing number of companies that prey on desperate debtors among the 42 million Americans who’ve borrowed a total of more than $1.4 trillion. Officials in Washington state alone said they are investigating more than 50 companies suspected of operating student loan debt relief scams.

“Winter is coming for debt relief scams that prey on hardworking Americans struggling to pay back their student loans,” FTC Acting Chairman Maureen K. Ohlhausen said in a news release Friday. Officials call the crackdown “Operation Game of Loans,” a play on HBO’s hit show “Game of Thrones,” which made the phrase “winter is coming” famous.

The companies exploit borrowers by charging steep — and often illegal — upfront fees and recurring monthly amounts. Some of the scammers persuade borrowers to provide access to their loan accounts, then change their passwords and fail to keep payments current. As a result, borrowers’ wages are garnished, tax refunds seized or Social Security benefits cut.

NerdWallet reported that aside from enforcement actions by a handful of state attorneys general, little was being done. Individual states often played Whac-A-Mole, as companies shuttered in one state continued operating in the other 49.

Before the federal-state crackdown, national authorities — the FTC and the Consumer Financial Protection Bureau — had closed just seven student “debt relief” companies, although more than 100 have operated in recent years.

NerdWallet’s reporting in June included a Student Loan Watch List of more than 130 companies that borrowers should avoid. The list included companies with low Better Business Bureau ratings and those that faced state enforcement actions, giving a borrower in, say, Georgia, a way to see if the state of Washington had acted against a company.

Of the 36 enforcement actions in the crackdown, seven are by the FTC and 13 are by the attorney general’s office in Washington, the state most aggressively pursuing fraudulent student loan companies. The crackdown includes five new FTC cases, a new judgment in the agency’s favor and a preliminary injunction in a case filed earlier this year.

The operation includes law enforcement actions by states that have been aggressive in the past, such as Illinois, Washington, Florida and Oregon. Others taking part in the sweep are Colorado, Kansas, Maryland, North Carolina, North Dakota, Pennsylvania, Texas and the District of Columbia.

The FTC has filed five new cases against 30 defendants. For example, the agency charged that Los Angeles-based A1 DocPrep Inc. took at least $6 million from consumers through student loan and mortgage relief schemes.

The agency charged that another Los Angeles-based group of companies bilked at least $7.3 million from struggling student loan holders. Student Debt Doctor, of Fort Lauderdale, Florida, and its owner collected at least $7 million from consumers, charging illegal upfront fees of $750 or more, the FTC alleged.

Federal courts have backed the FTC in some cases. The U.S. District Court for the Southern District of Florida froze assets of Strategic Student Solutions, a company accused of taking more than $11 million from consumers by falsely promising to reduce student loan debt and to repair customers’ credit.

The FTC uses a range of sources to find targets, including consumer complaints, suspicious advertisements, emails that consumers submit and referrals from the Better Business Bureau and attorneys general, says Michelle Grajales, an FTC staff attorney working on the A1 DocPrep case.