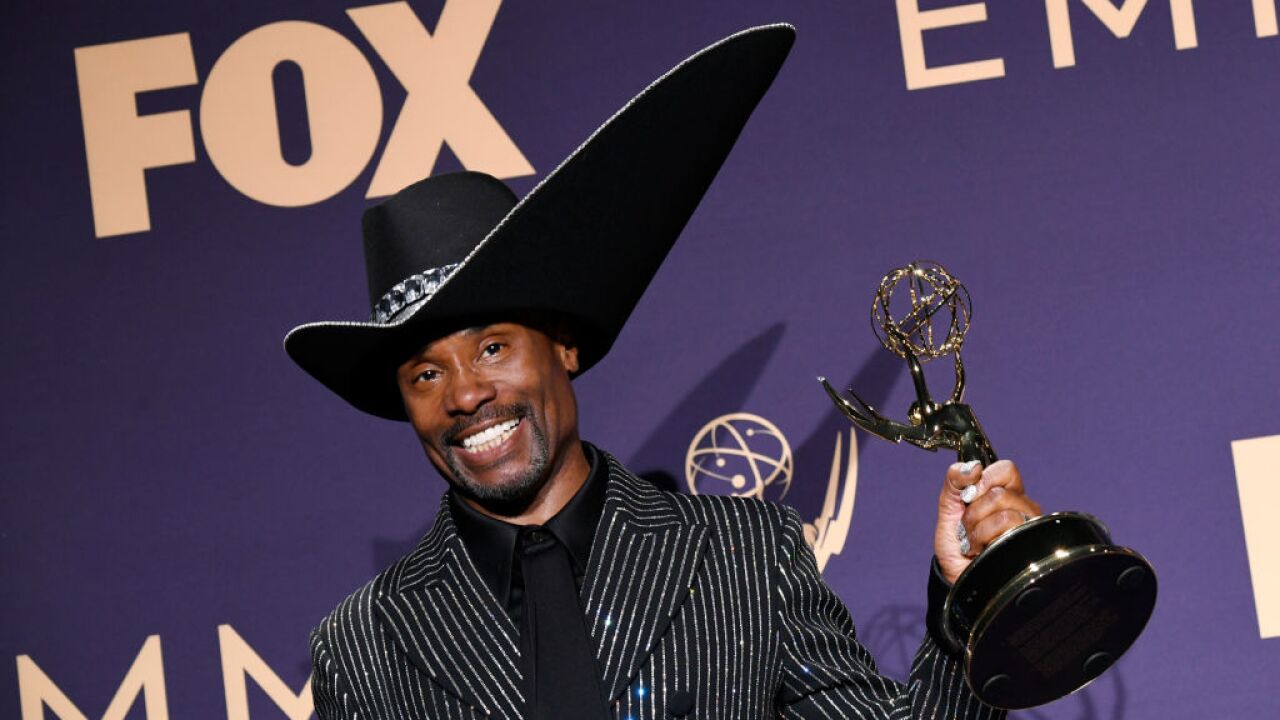 "The category is love, y'all," actor Billy Porter said while accepting his Emmy award for lead actor in a drama series.

Porter, who was honored for his work in FX's ground-breaking period drama "Pose," made history Sunday night by becoming the first openly gay black man to win in this category, according to the Television Academy .

His speech went on to reference acclaimed writer and activist James Baldwin as well as speak of society's need for acceptance.

Porter's win came after Ben Whishaw, who also identifies as gay, won the supporting actor in a limited series or movie Emmy for Amazon's "A Very English Scandal." Lead actress in a limited series winner Patricia Arquette also thanked her late sister, Alexis, during her acceptance speech and spoke of a need to protect transgender people from persecution.

"Game of Thrones" actor Peter Dinklage used his time accepting his fourth win for his role in the HBO fantasy show to speak about inclusion in general and said "I count myself so fortunate to be a member of a community that is all about tolerance and diversity, because nowhere else could I be standing on a stage like this."

Porter's Emmy win is notable for another reason. The accomplished stage actor already has a Tony and a Grammy Award for his work in Broadway's "Kinky Boots." He just needs an Oscar to achieve the title of EGOT winner.