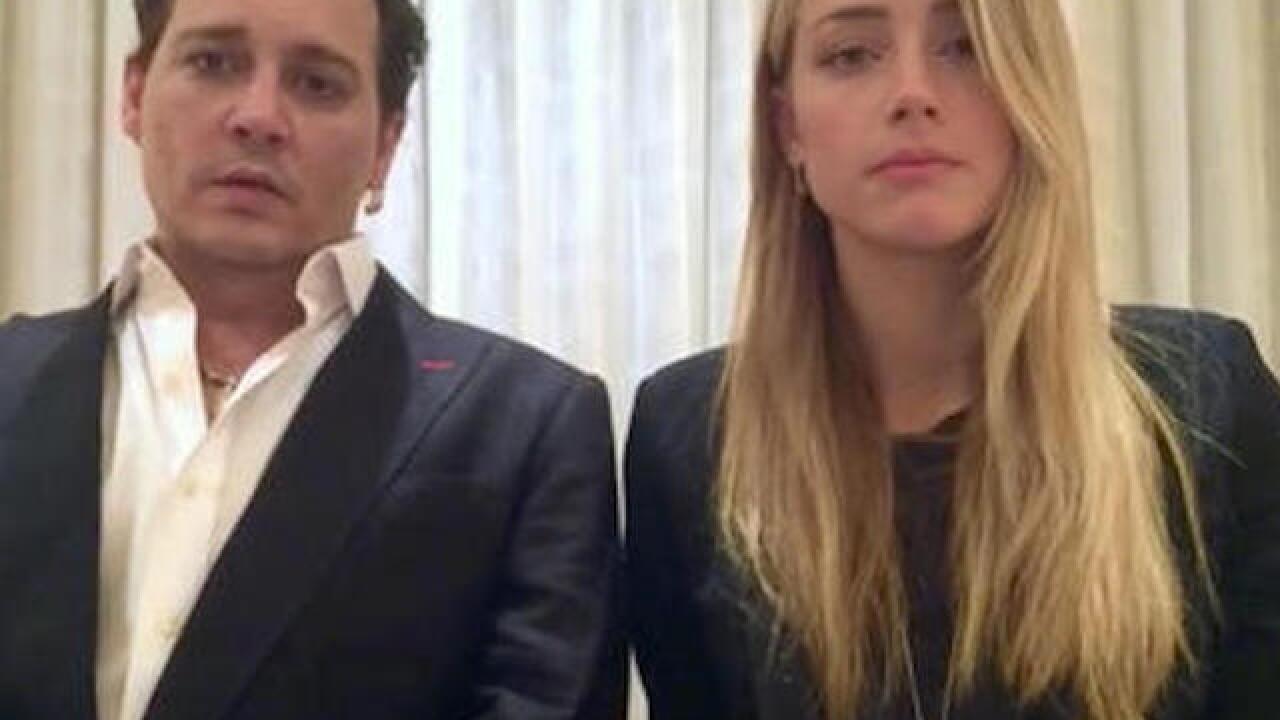 AUSTRALIAN GOVERNMENT DEPARTMENT OF AGRICULTURE AND WATER RESOURCES
<p>In this image made from video released by the Australian Government Department of Agriculture and Water Resources on Monday, April 18, 2016, actor Johnny Depp and his wife, Amber Heard speak in a videotaped apology played during Monday's hearing at the Southport Magistrates Court on Queensland state's Gold Coast. Depp and Heard pleaded guilty Monday to providing a false immigration document amid allegations she smuggled the couple's dogs to Australia, but managed to avoid jail time over what was dubbed the "war on terrier" debacle. (Australian Government via AP Video) </p>

LONDON (AP) — Actor Johnny Depp has mocked the video apology over the international dog smuggling scandal that ensued after he and his wife illegally brought their Yorkshire Terriers into Australia.

Depp and actor and his wife, Amber Heard, avoided jail time in the so-called "war on terrier" incident with their wooden apology for bringing Pistol and Boo into Australia

The actor, who was in London promoting the film "Alice Through the Looking Glass," deadpanned that he "would really like to apologize for not smuggling my dogs into England because it would've been a bad thing to do."

The dog debacle ended with a decidedly low-budget video in which Depp and Heard sit stone-faced in front of the camera, delivering stilted lines about the importance of protecting Australia's biodiversity.