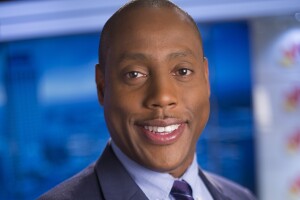 Vincent HIll embodies the slogan “2 Works for You.”

Whether serving the country in the US Army or serving the community as a police officer in Nashville, Vincent has been working for the people most of his adult life.

When asked where he is from, he typically responds, “from a little of nowhere and a lot of here and there.”

Born in Heidelberg, Germany, Vincent grew up in a military family. Because of this, he's able to experience people from all walks of life.

Vincent studied Criminal Justice at several colleges across the country, always on the move because of the military life. After exiting the Army in 2002, Vincent joined the Nashville Police Department, where he served the community for just over four years. He held such positions as patrol, Flex and CSU (narcotics).

In 2009, after former Tennessee Titans quarterback Steve McNair was killed, Vincent spoke to the local Nashville news stations about the inconsistencies in the police narrative.

This led to multiple appearances on several media outlets, including Dateline NBC. After Dateline, Vincent wrote his first book, Playbook to a Murder and the follow-up book, Incomplete Pass.

Vincent transitioned his police experience to media appearances as a law enforcement analyst. Vincent realized his passion for journalism and storytelling and wanted it to not only be a passion but a career as well. Vincent enrolled in broadcasting school in Atlanta to learn the fundamentals of journalism, all while continuing to make appearances on both local and national outlets such as HLN, CNN, Fox News, ID Discovery to name a few. Most recently, Vincent solo anchored on the Law and Crime Network in NYC and was a regular contributor on Scripps owned Court TV in Atlanta.

Vincent is excited to be a part of the KJRH family. He’s also excited to no longer have to deal with Atlanta traffic.

In his spare time, Vincent loves to run, hike and be on the water. He has a passion for feeding the homeless. So don't be surprised if you see him walking the streets of Tulsa with brown bags in his hands.